Responsible Investor
Home Hot Topics We cannot rest on the platitudes of ‘not being racist’ – the...
Return to search
Institutions 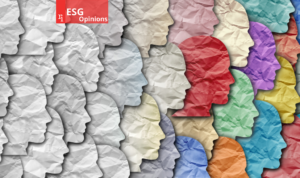 News headlines are tiring of reporting on the Black Lives Matter protests. The solidarity uprisings across the world are waning and #GeorgeFloyd is trending less. As company logos revert to their usual branding, careful amendments are made to ensure they were seen – and will continue to be seen – on the ‘right side’ of history. The investment community is no exception, with investor groups and financial services institutions touting their Diversity & Inclusion quotients, ESG investments and Corporate Social Responsibility activities as a means of demonstrating their alliance against racial prejudice.

Acknowledging the sincere commitments of some of these organisations, many are at risk of having a collective “Kendall Jenner” moment. The epic gaffe by Pepsi in 2017 featured the reality TV star resolving a protest, which clearly resembled the BLM protests of 2016, by handing a can of Pepsi to an armed riot police officer, effectively diffusing the conflict. The outcry was swift; not only was this a tone-deaf appropriation of a serious social issue, but a warning against marketing departments being tasked with responding to moral challenges.

As responsible investors, we must be discerning as to whether our attempts to express solidarity with racial justice are motivated by the opportunity to capitalise on its positive social reputation. What does solidarity with BLM mean for investors beyond a marketing exercise? Do the institutions we work for truly grasp the nuance being asserted by this particular moment?

This crippling of the very economies we are attempting to invest in is not by accident but design; our current economic system carries the genetic code of its predecessor in the colonial slave trade

Most people, and indeed most investors, would identify as ‘not racist’ or ‘anti-racist’. For the investment community, this claim is often supported with reference to one or more of the following investor actions. But these actions must be assessed through a critical lens if they are to be truly effective.

As many of us know, Diversity and Inclusion policies are not a solution to systemic racial inequity, so much as a temporary scaffolding affixed to a much larger structural dysfunction. These strategies might allow a person from an underrepresented minority to hold a meaningful position in a company and feel respected in their cultural beliefs. But for this person to operate within an atmosphere that normalises a particular ideological framework often means that they will acclimate to and embody those same frameworks. As argued by Finnish-Nigerian journalist Minna Salami, the White Western or Eurocentric Patriarchal value-system does not confine itself to the White Western or European man.

Added to this is the well-documented influence of the ‘Model Minority’ rhetoric, whereby those minorities that “make it” are latently pressured to culturally and economically assimilate, mimic their superiors and succeed at all costs. In this way, the system’s modus operandi is insulated from serious cultural agitation, prohibiting efforts at diversity from translating to equity in power and decision-making.

If Diversity & Inclusion policies are to be utilised as serious ‘anti-racist’ actions, they cannot be enacted as sub-functions of Human Resources or box-ticking KPIs; they must be conceptualised and resourced as a project of long-term structural change. They must challenge the organisation to ask: What do these terms mean? How do we move beyond aesthetic diversity? What does this mean for our collective identity and what are we willing to change to get there?

Investments in Developing and Emerging markets

Investments in Developing and Emerging markets have been a double-edged sword when it comes to sustaining patterns of racial inequity. Oil, gas and mining; consumer staples and consumer discretionary; and information technology all represent key sectors in which foreign investments have bolstered the growth of developing economies. But in each of these sectors – and in each emerging economy – there appears a correlative trend of ESG risks regarding labour and human rights issues, occupational health & safety, environmental degradation and corruption and bribery. In many of these countries, such risks only appear with the entry of global capital, as argued by critics of IMF and World Bank interventions in the economies of Sub-Saharan Africa.

This crippling of the very economies we are attempting to invest in is not by accident but design; our current economic system carries the genetic code of its predecessor in the colonial slave trade. As such, it has bureaucratised the systematic exploitation of non-Western, resource-rich nations, legitimising unfair practices in labour, tax and trade through inequitable policies and agreements.

Many responsible investors are aware of these issues and act to remedy them. But the question remains: when we invest in Developing or Emerging markets, are we investing in the self-sustainable future of these populations or their capacity to generate private gains? Are we opening up their economies to arbitrage from their lack of leveraging power? Are we calling a moral failure an economic success because economics is all we know how to measure?

CSR and philanthropic activities can be immensely beneficial in empowering underprivileged communities. They can also act as minor ways to counter overwhelming systemic racial inequity. But if CSR and philanthropic activities wish to avoid perpetuating dangerous tropes of racial hierarchies, they must interrogate the narrative with which their activities are undertaken and query the ideas that narrative is normalising.

The most pervasive and easily overlooked form of internalised racism lies in wanting to ‘help’ the ‘other’ through charitable means. The inherent risk is that ‘helping’ can inadvertently reenact and reinforce societal attitudes and portrayals in which people from non-Western countries are positioned as inferior to and in need of the help of Western forces. We have all seen CSR reports plastered with images of White women injecting Black babies with a vaccine; a company-sponsored water pump crowded with dark-skinned, brightly attired women and children from an Indian village.

These images can subtly reflect a notion that it is White people and Western nations who must bravely go in and save the poor people of other races from their unfortunate circumstances. Known as ‘white saviour complex’, this widely reported phenomena first occurred in the passage of European and Western powers to African countries. Writer and art historian Teju Cole extends this idea into the ‘White Saviour Industrial Complex’, which alludes to the damaging effects of White or Western actors over-valuing minor acts of charity and activism at the cost of tackling systematic oppression and corruption.

This begs the question: What narratives underlie CSR and philanthropic projects? Do they play on racialised tropes? If an organisation recognises systemic racial inequity, its actions in CSR must correlate to long-term advocacy and be reflected in their investment decision-making.

A Challenge for Stewardship

If responsible investors are to be true arbiters of change in this moment, we must engage the unprecedented task of daily personal agitation, uncomfortable discussions and persistent disruption of our desire to reach for the proverbial “master’s tools”.

While there are no ‘right’ answers, these are ways we can begin to reframe our perspective:

This is not a marketing exercise. We cannot measure and report on our racism until ‘Best Practice’ is achieved. We cannot rest in the platitudes of ‘not being racist’. Against every fibre of our competitive, corporate mind-sets, we must refrain from claiming solutions in what is a very complex circumstance.

All of us have internalised racial prejudice because all of us have professionalised in a culture that perpetuates it. When you catch yourself out (“all lives matter”, “it’s not really that bad”, “we’re doing our best”), question what you are protecting and reference it against the experience of those speaking out.

Whether at the water cooler or consolidated in your policy statements, review your workplace culture. Ensure that those hired to provide cultural training are given real power, adequate time, resources, and platforms for communication. Integrate their work across all levels of management.

4.     Understand that you are in a unique position to act.

Not everyone is suited to protesting in the street or sharing social media posts. Each one of us is positioned differently to enact a change towards a more equitable system. What is your position in the hierarchy? What audiences do you have access to? What would it look like for you to take a meaningful risk? 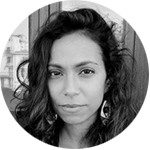 Nithya Iyer is a freelance responsible investment consultant and interdisciplinary researcher. Among others, she has worked with ISS ESG Australia and the Responsible Investment Association Australasia, as well as Altiorem, where she is a mentor.