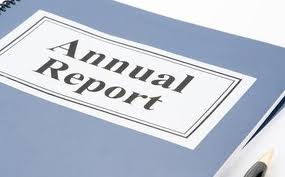 The EU High-level Expert Group on Sustainable Finance (HLEG) released last month a report outlining a series of recommendations for the European Commission to create its action plan on sustainable finance. One of the key points it included was a call for the Commission to include sustainability in the supervisory mandate of the European Supervisory Authorities (ESAs). The HLEG, however, misses the supervision of corporate reporting as a key role of ESAs.

The report states that “in September 2017, the Commission announced that the upcoming action plan on sustainable finance (Q1 2018) will include provisions to strengthen the regulatory and supervisory framework in order to mobilise and orient private capital flows towards sustainable investments while ensuring financial stability. As a first step, the proposals to review the legislation of the ESAs specifically require that they take account of ESG factors, and possible related risk, within their mandate.”

While the hesitation of ESAs to go beyond what they consider their remit is understandable, they have an important role to play in the European financial system’s transition to a more sustainable model. ESAs should play their part to supervise sustainability-related financial matters and the European Commission should clarify the mandate of these organisations.

Supervisory authorities do not currently look at sustainability

Supervisory authorities are the least talked about element of the system that will enable us to transition to a sustainable economy. Their mandates revolve around financial stability, as well as the protection of investors and the general public at large, giving them (and their national counterparts) significant powers to address non-compliance. They may be seen as the hard-fisted ruler of the financial system but, in reality, they usually use a suite of soft powers to steer the market in the right direction. This approach tends to be more constructive in many cases.

Historically, supervisory authorities have focused on purely financial matters, but as governance has now become a recognised financially material aspect, it is now part of their remit. Despite the vast evidence showing the material financial risks of climate change (from the G20 Financial Stability Board to the European Systemic Risk Board and Prudential Regulation Authority), supervisory authorities have dismissed calls to integrate this issue into their activities. Usually, their reasoning falls into the following categories:

ESAs do not have the authority to supervise ‘non-financial’ matters
Recent evolutions in sustainable finance, such as the often-quoted Task Force on Climate-related Financial Disclosures (TCFD), have highlighted that many sustainability issues are indeed financially material, because they can and are already having an impact on the bottom lines of businesses. This in turn impacts investors, pensions and savings of European citizens.Some supervisory authorities have already integrated non-financial matters in their remit. The UK’s Financial Reporting Council, for example, produced a corporate governance code and reporting guidelines for non-financial information, which are currently under review following changes in market practices and regulation. The Italian public authority responsible for regulating the Italian financial markets – CONSOB – also adopted new regulation on non-financial reporting following a public consultation in 2017.

We agree with the HLEG that an evolution of the ESAs’ mandates would be the most efficient way to address this issue. In the case of the European Securities and Markets Authority (ESMA), this could be done through a simple clarification of its founding regulation and existing duties.

ESAs do not have the resources and expertise to supervise sustainability matters and do not have the budget to gain these skills
The issue of funding and staff expertise to supervise sustainability matters is understandable and should be corrected. The HLEG adds its weight to this issue and calls for additional funding to be provided to ESAs to address this.

While not stated explicitly in the HLEG recommendations, an important element to the success of any reporting requirement is to ensure that it is supported by appropriate supervision. The HLEG calls for the EU Commission to engage with the International Organization of Securities Commissioners (IOSCO), an international membership organisation of securities supervisory authorities to raise reporting standards globally.

Securities authorities are best placed to provide feedback on the market’s adoption of new reporting requirements, such as the Non-Financial Reporting Directive and its upcoming implementation of the TCFD recommendations within the directive. This should be done by providing feedback to the market as a whole on the state of reporting and sending more specific feedback to individual companies who may require more guidance.

Reporting is intended to protect investors and the wider market from risks and help them to realise profits for their beneficiaries. ESAs need to play a proactive role in protecting the European market and its citizens from the financial risks that climate change, natural capital degradation and wider sustainability issues can cause.