Responsible Investor
Home News & Analysis Governance ‘We get more attention from management after we have excluded the company’...
Return to search
Hot Topics 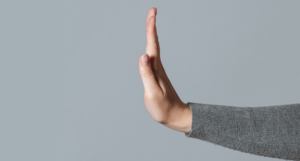 AkademikerPension has announced it is ditching DKK2bn (€269m) of fossil fuel bonds in its third divestment this year, but the fund’s CIO told RI it still believed in engagement and often receives more airtime with companies once they have been excluded.

The fund, one of Denmark’s largest, began to divest its equity holdings in fossil fuel extraction companies in 2018 but had held off on ditching bonds, citing concerns a move to also drop bond holding could negatively impact the fund’s returns. But Anders Schelde, the fund’s Chief Investment Officer, no longer believes this is going to be the case.

“If you look at the historic trends, it seems to us that energy bonds and in particular upstream energy companies, they have had much more risk than other corporate bonds over the years, but you hadn’t really been compensated for that with higher returns,” he told RI.

“From a risk-return perspective, it’s not that fantastic an investment but it is more or less the same return”. However, Schelde said, there are signs that the market is starting to price a higher credit risk into energy bonds, which may cause a hit to their return in the coming years.

Fossil bonds also form a significant portion of the fund’s three benchmarks, although they have now been excluded, a decision Schelde describes as “rather drastic” for an institutional investor.

The announcement comes three days after the fund said it had ditched a DKK 22m (€3m) stake in Hungarian airline Wizz Air after the company failed to respond to engagement over human and labour rights concerns. The company initially refused to meet a group of 12 investors until they aired criticism in the press, and the fund said that it was “in no way” reassured that the company would make the requested changes when it did eventually meet with them, leaving them no option but to divest.

This year the fund also excluded more than 200 utilities with more than 25% thermal coal in their energy mix, with divestment completed at the end of January. Akademiker had a DKK620m stake in the firms, including a DKK250m holding in Eskom and a DKK34m holding in NRG. Six companies, including RWE, Fortis and AES Corporation, have been given a further year to show progress due to indications that they are restructuring their businesses to be Paris-aligned.

While the fund is significantly cutting its fossil fuel exposure, Schelde emphasised that it still believed in engagement. “We’re not BlackRock,” he said. “We are just a small Danish fund, so our ability to get airtime with management at global companies is rather limited at the end of the day. Our experience with the size and the role that we have is that often we get more attention from management and more airtime after we have excluded the company”.

“I don’t think the fact that we excluded for instance Shell or BP will exclude us from having a dialogue with them in future”. If the firms begin to transition their business, Akademiker could look at re-including them in its investment universe, he said.

Schelde said that the fund’s membership of Climate Action 100+, where it is leading engagement with Maersk alongside EOS at Federated Hermes, was a useful tool.

“Even though we’re not invested, we can still hear from other members of the cooperation how their dialogues are progressing.”

Akademiker has no current plans to expand its exclusions beyond those currently announced, and will increase its active ownership efforts, as well as looking at sector specific targets for its portfolio, he added.