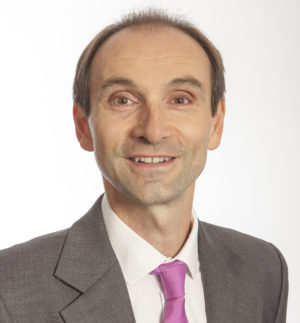 This is the 12th in RI’s ‘The EU Action Plan: What Matters To Me’ series, providing insights from market experts on the implications of the EU Action Plan on Sustainable Finance. Today, WWF policy expert Sebastien Godinot explains why he thinks the taxonomy needs to be economy-wide, and urges legislators not to give in to member states that are fighting to axe the taxonomy’s mandatory disclosure requirement.

The critical issue with the EU’s proposed taxonomy regulation, which is currently being finalised by Member States in Council, is not the report released in June by the EU’s Technical Expert Group (TEG).
In fact, the TEG report provides robust, transparent and relatively science-based technical criteria to assess an activity’s sustainability.
The main limitation in the proposed taxonomy is its scope: so far it only covers the ‘green’ end of the economy – 2% – and lumps the remaining 98% together as ‘other’.
Yet most economic sectors are not simply either green or ‘other’: they include activities whose environmental performance stretches from dark green to brown and covers everything in between. For these activities to transition – as they must, if we want to avoid climate catastrophe – they should be covered by a taxonomy that sets out a rigorous, step-by-step approach to the zero-carbon transition.

A fully-fledged taxonomy is essential for a deep transition

Just like the EU Energy Efficiency label, with its range of colours from dark green to red, this fully-fledged taxonomy should place each economic activity on a scale of at least five categories, from most sustainable to most harmful. Wherever possible, each category should be defined through quantitative, science-based thresholds to ensure an objective and rigorous classification.

Companies could lay out a transition plan, using the different taxonomy categories as a benchmark. They could say to investors: “In five years, we will move all our operations into the yellow category. In ten we will get to light green. In fifteen we will be fully sustainable”

Each of these categories should reflect the activity’s performance on each of the six environmental objectives identified by the taxonomy regulation: climate mitigation, climate adaptation, biodiversity, water, pollution, and the circular economy.
Such a taxonomy would create a clear and measurable transition pathway. This is crucial to help companies which are not yet sustainable but which have the potential to improve their performance significantly.
Companies could lay out a transition plan, using the different taxonomy categories as a benchmark. They could say to investors: “In five years, we will move all our operations into the yellow category. In ten we will get to light green. In fifteen we will be fully sustainable”. This classification framework would give companies a simple tool to set and communicate targets to shareholders and clients. Where possible, these pathways would use science-based criteria, updated as our understanding of sustainability improves.
This would enable investors to have serious conversations with companies to ensure they are meeting their transition targets. For example, in sectors like steel production there is significant potential for decarbonisation. This can be done, most notably, by shifting to more energy-efficient technologies, and by making the production process more circular. While it is currently challenging to fully decarbonise the steel sector, making it much more efficient will have an enormous impact on Europe’s emissions.
Similarly, activities like retrofitting of buildings, which can reduce energy consumption by 50-80%, are critical, even if this cannot make the buildings zero-emissions at once. Contributions such as these are extremely valuable, as long as they avoid locking us into pathways that are incompatible with the Paris Agreement. In all such cases, a full taxonomy will be a critical tool for accelerating the transition.
This level of granularity makes it easier to separate sustainable activities from transition activities, as proposed by the TEG. ‘Sustainable’ activities should only be those which have already completed the low-carbon transition. This is very different to activities which, while the best in their sector, are still transitioning. The full taxonomy would make this crucial distinction very clear.‘Do no harm’: a key principle

The ‘do no harm’ principle introduced by the Commission is a fundamental addition to the taxonomy. This principle ensures that any activity which causes significant harm to any environmental objective is automatically excluded from the ‘sustainable’ category. If applied using science-based criteria, it should ensure the taxonomy takes all environmental impacts of an economic activity into account and avoids any greenwashing. For example, while hydropower is low-carbon, there is ample evidence that it usually fragments and damages freshwater ecosystems. This causes significant harm to the biodiversity and water systems criteria mentioned above. This means that hydropower cannot be considered a sustainable investment unless it meets tight biodiversity and water criteria – which is only in rare, ‘best practice’ cases.

The ‘do no harm’ principle is critical to ensure that environmental objectives are considered equally: for example, that biodiversity collapse is not treated as a secondary issue compared to climate mitigation – which it isn’t. In fact, environmental issues are interlinked: it will not be possible to fix the climate challenge without more efforts to protect and restore ecosystems so they offer climate resilience and carbon storage.
Similarly, on the social side, the Commission has rightly introduced ‘minimum safeguards’ to ensure that projects in the ‘sustainable’ category are not harming basic human rights established by core international conventions. These safeguards should be completed, and then expanded gradually.

As mentioned, the TEG report itself is generally robust. However, it suffers from one significant flaw on a very controversial activity: bioenergy. The proposed TEG criteria for bioenergy are more or less aligned with the Renewable Energy Directive II, which is the result of a political compromise, not a science-based approach. With such criteria, the ‘sustainable’ activities could include high-risk projects that are completely counter-productive for climate and/or biodiversity. A science-based approach is needed for this activity too, refocusing the TEG criteria on waste and residues which have no other use. Otherwise, this provision could weaken the credibility of the whole taxonomy.

Time for the EU to make the taxonomy law

Finally, but critically, to have traction the taxonomy must be publicly available – there is a disclosure requirement in the proposal. However, Germany is leading a group of countries trying to muddy the waters by removing this requirement.
It’s as though Germany and others wanted to create an EU Energy Efficiency label and then hide it under the fridge, so it wouldn’t help anyone.
The sustainability rating must be economy-wide and publicly available to have a real impact. Without disclosure, the robust technical work, the years of discussions, the months of negotiations will have been for very little.
The new Finnish presidency has proposed a compromise in the Council which would add an 18-month implementation period in which the taxonomy would be released to the market as a set of non-binding guidelines. This is an unnecessary delay: the TEG criteria, which were published last month, will already have been available to the market for 13 months by the time the first Commission’s delegated act is published. This is ample time to adjust.
The taxonomy disclosure should also be expanded gradually to all financial products, not only the 1% niche of green financial products, as is currently the case.
If the EU agrees on a full and transparent taxonomy, it would help take the shift from dirty investments to clean ones to a whole new level.
This would lead to a boost in climate-friendly activities, which in turn could dramatically reduce emissions, moving the EU closer to the Paris agreement climate goals. It would boost employment in eco-innovative sectors, putting the EU at the front of the global green economy, and improve EU citizens’ quality of life by reducing pollution.
What’s more, it would make the EU a global leader, shoring up its claims of being a champion of sustainable finance and setting the way for other countries.
The benefits of a full and transparent taxonomy are clear. The Finnish EU presidency and the Member States must now make it happen.

Sebastien Godinot is an Economist at the WWF European Policy Office.