Responsible Investor
Home Hot Topics ‘We need more than a Paris moment’: Investors gear up for COP15
Return to search 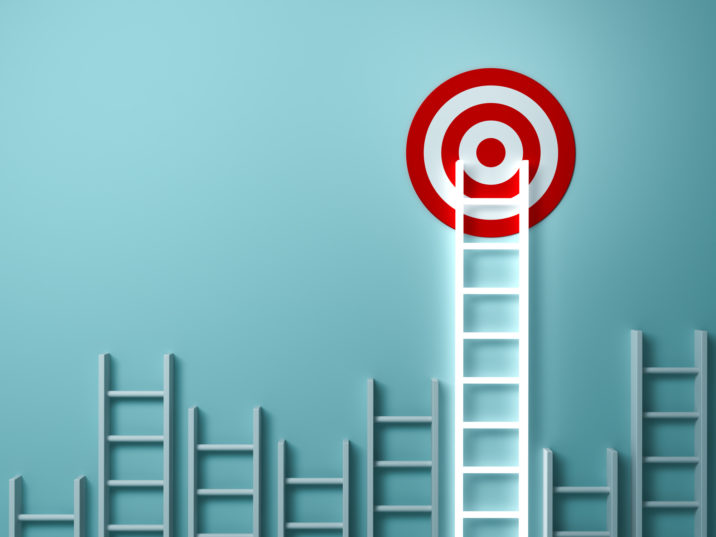 The dust has barely settled on COP27 but the attention of the investment community has already turned to another, potentially more significant, Conference of the Parties.

On Wednesday, the UN Biodiversity Conference – otherwise known as COP15 – will get underway in Montreal.

The hope is that it will do for biodiversity what COP21 did for climate change. Where that gave birth to the Paris Agreement, the goal for the second leg of COP15 is to achieve sign-off on the Post-2020 Global Biodiversity Framework, an international agreement on how we can “live in harmony with nature” by 2050.

Originally scheduled to take place in Kunming, China, in October 2020, the event has been beset with delays due to covid-19.

When it proved impossible to convene the full conference last year, COP15 was divided into two parts. The first leg was held in October 2021 and saw the adoption of the Kunming Declaration, a “statement of political will” committing the world’s governments to developing and executing the framework.

The second part was then scheduled for May this year. This was pushed back to August and then October, due to China’s ongoing covid restrictions, and finally in June it was moved to Montreal.

Despite these setbacks, a significant business and finance contingent is expected to be in attendance and for the first time there will be a dedicated finance and biodiversity day. Discussions will focus on integrating biodiversity in financial decision-making and aligning financial flows with the Post-2020 Framework.

Veterans of the biodiversity COPs say this marks a step change.

Emine Isciel worked as an adviser to the Norwegian ministry of climate and environment before moving to Storebrand Asset Management as head of climate and biodiversity. In her previous role, she worked extensively with the Convention on Biological Diversity.

“This year is the first time I’ve seen this level of engagement and willingness from the private sector to engage with member states,” she says. “We are actively giving ourselves a role and responsibilities.”

She warns that, while successful adoption of the framework at COP15 will create much-needed awareness of need for action on biodiversity, it will still only be the start of the process.

“Once we get the agreement, there will be no immediate effect,” she says. “What will happen is the focus will shift from global to national. Countries will need to update their National Biodiversity Strategy and Action Plan (NBSAP) and take tangible policy steps to drive responsibility and liability for companies and investors. ”

“We have to see what level agreement we can reach with the framework and what governments implement as a result,” he tells Responsible Investor. “However, unlike the recent climate COP, which was a bit lukewarm as a result of the ongoing geopolitical crisis, I think we can be more positive with COP15 and expect to reach something akin to Paris.”

Freedman acknowledges that previous biodiversity frameworks – such as the Aichi targets for 2020 – have failed. He notes, however, that the level of awareness is completely different today. “Hardly anyone in business knew about previous targets, but now COP15 is very present.”

Across the industry, there is talk of achieving a “Paris moment” for nature in Montreal – an equivalent to the global agreement reached at COP21 to limit global temperature rises to well below 2C.

For Ann Meoni, senior sustainability analyst at abrdn, this does not go far enough. As she notes, it is “highly unlikely” that the agreed global warming target will be met. “So we need more than a ‘Paris moment’ for biodiversity,” she says. “We need an action framework too.”

She also warns that nature is more complicated than climate. “A single target such as the temperature target is therefore unlikely,” she says. “Currently there are 22 targets to be discussed and agreed on.”

Other challenges include a potentially adverse macroeconomic and geopolitical climate. Discussing the ambitions of the biodiversity conference, Schroders’ active ownership manager Sarah Woodfield said in a blog: “As governments have had to deal with the fallout from the covid-19 pandemic, war in Ukraine and soaring inflation, there are concerns that there isn’t sufficient political will to address this urgent crisis.”

When it comes to the nuts and bolts of the Post-2020 Framework, there has been a particular focus within the financial sector on Goal D, as well as Targets 14 and 15.

Of these, Pictet’s Freedman says Target 15 – which focuses on businesses assessing and reporting dependencies and impacts on biodiversity – is key.

“Ultimately this is the one that starts putting things in motion,” he says. “With Target 15, as investors seeking to engage with companies, we would have a stronger basis to enter conversations and be taken seriously if we’re asking for more corporate disclosure and not just preaching into the desert.”

For abrdn’s Meoni, this is “the most likely of the targets to get agreement”. As she notes, the beta framework for the Taskforce for Nature-Related Financial Disclosures (TNFD) has already been produced and a number of initiatives are calling on global policymakers to make this disclosure mandatory.

Another phrase on everyone’s lips ahead of COP15 is “nature positive”. Jenn-Hui Tan, global head of stewardship and sustainable investing at Fidelity International, believes this will “end up being as big as net zero”.

At a high level, the term refers to the idea that humans should live harmoniously with nature, in a way that enriches biodiversity while alleviating global political risk, such as climate change and pandemics.

“At COP26 in Glasgow, there was the realisation that climate and nature action need to go together,” says Tony Goldner, executive director of the TNFD. “This year, the focus has mainly been on net-zero transition plans, but I think there is now growing awareness that we won’t get to net zero without being nature positive.”

He warns, however, that there needs to be clarity around the definition of “nature positive” – specifically, whether it refers solely to desired societal outcomes, or can also be used to describe products, projects and businesses?

“As interest in the use of the term grows, we have a collective need to ensure it does not become the next vector for greenwashing,” he says. “It would be helpful to have the term in the COP15 Global Biodiversity Framework and clearly defined so it can become a reference point.”

One of the goals in Montreal is to agree a set of rules and standards that encourages nature positive capital allocation, with the ambitious target of reversing biodiversity loss by 2030 and restoring natural ecosystems by 2050.

As Tan notes, this is easier said than done. “Biodiversity is an even tougher nut to crack than climate change,” he says. “The assessment tools available are also less developed than in other areas of sustainability.”

Nonetheless, he adds, a global disclosure standard based on “several complementary metrics” is possible and would be a “big improvement on current practices”.

Tan cites as an example the fact that, at present, one company might report the number of hectares of land it protects, while a peer in the same industry reports how many species of trees it plants. “Working out which is doing more good for nature is a tough ask.”

Abrdn’s Meoni believes it is likely there will be a lot of talk about nature-based solutions – a hot topic at COP27 – and new finance mechanisms as ways to scale up financing for nature positive outcomes.

Pollination’s director Laura Waterford adds that it will be important to see where the negotiations land in terms of the targets that will support the overarching vision of the framework. These include the proposed “30 by 30″ conservation target, reducing chemical use and plastic outputs, and redirecting government subsidies away from activities that are harmful to nature and biodiversity.

“Corporates will be watching closely to get a sense of where they may need to concentrate their efforts to align their business models with the nature positive transition,” says Waterford. “For financial institutions, this will mean engaging with their customers on these issues in order to understand and manage their transition risk exposure.”

On company action, the World Benchmarking Alliance’s new Nature Benchmark has found that “some of the world’s most influential companies are failing to take action to prioritise and protect nature”.

Published on Monday, the benchmark assesses the policies and practices of 390 companies spanning eight sectors with a particularly significant impact on nature: metals and mining; construction and engineering; construction materials and supplies; containers and packaging; pharma and biotech; tyres and rubber; apparel and footwear; and chemicals.

Among its findings, the WBA concluded that just 5 percent of firms understood their impact on nature and most fail to explicitly “respect the rights and role of local communities and indigenous peoples in protecting nature”.