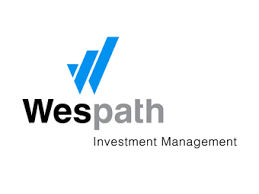 A new paper exploring how investors can engage with companies on adopting the United Nations Guiding Principles on Business and Human Rights in countries that do not prioritise respect for human rights has been released by Wespath Investment Management, the in-house manager of $20bn in pension assets from the United Methodist Church.

It says that while Newmont, one of the world’s largest gold producers, has successfully tackled human right concerns in other countries, a combination of societal and political contexts unique to Peru have resulted in a contentious relationship with the local population.

In response to this, last year Wespath staff travelled to Peru to visit two gold mines majority owned by Newmont – Yanacocha and Conga – to learn how it was attempting to implement the UN ‘Guiding Principles’.

In Peru, the mining sector overall has been accused of contributing to wealth inequality and human rights abuses, leading to political and social protests. According to media reports, the country has $70bn in mining investments paralysed because of social conflict.

As a result, Newmont has attempted to engage with the local community, including supporting them through a charitable foundation and being transparent about its security arrangements with Peruvian police.But, Wespath’s case study finds that while well intentioned, Newmont’s attempts have led to disappointment as “a company cannot be a substitute for local government”.

It says while not a simple issue to solve, a focus on partnership with different stakeholders, including local government and communities, could help, instead of “filling all the roles and responsibilities that are necessary in an environment where weak governance exists”.

The paper also highlights that Newmont is at the centre of a controversy regarding property rights, in which an indigenous family and the company both claim to have rights to the same land. The family is relying on a social agreement, and Newmont points to a written contract.

For its part, the company says it has formed an independent advisory panel in Peru to help resolve the dispute and brought in independent experts to conduct a fact-finding process. In its 2015 “Beyond the Mine” sustainability report it documents its efforts to measure and improve social acceptance in the country.
Wespath notes that a company can follow the letter of the law, but its actions might be seen as violating unofficial social contracts. It says companies that ‘engage’ rather than ‘transact’ can gain legitimacy in the eyes of local stakeholders.

Wespath plan to share its insights with investors saying that company engagements are more powerful when investors work together to encourage dialogue about issues.