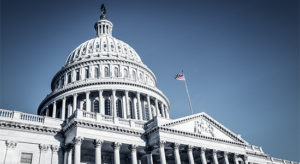 West Virginia has come out swinging against state-level ESG assessments by S&P Global, saying that the provider should stick to issuing credit ratings based on “valid, objective financial metrics”.

West Virginia joins Utah, another Republican-controlled state government, which criticised S&P last week over the launch of a new product identifying ESG factors that can influence credit analysis for 50 US states and Guam. Utah lawmakers subsequently demanded S&P withdraw the product in a letter sent to S&P chief executive Douglas Peterson, describing it as a “political ratings system” and part of a broader trend that has pushed investors to retreat from key state industries including oil, gas, coal and firearms.

“This new ESG rating system is just the beginning of a new wave of judging states – and their people – not by valid financial metrics, but by the preferred political views and outcomes of a select global elite,” West Virginia’s state treasurer, Riley Moore, said in a statement released yesterday.

Moore also accused S&P of introducing “politically subjective metrics to try and paint our state in a negative light”. He added: “This ratings scheme will affect our state and its municipalities, and begs the question, at what point will this stop? Will individuals soon get ESG ratings as part of their credit scores? Where will it end?”

S&P has given West Virginia a negative social score, a moderately negative environmental score and a neutral governance score based on depressed average incomes across the state, challenging age demographics and a decline in mining jobs which it expects to continue “as economies… transition to renewables”.

Elsewhere, Utah received a moderately negative score on environment and neutral scores for social and governance, putting it on par with S&P’s assessments of many other US states. Utah’s environmental score was influenced by challenges regarding water supply but S&P said the state had already taken long-term steps to address the issue, which arrested any further decline in its scores.

S&P was unable to provide comment on the West Virginia and Utah statements by press time.

The blowback from the two states could put the US on a collision course with the EU, which is considering explicit new requirements for credit ratings agencies to take ESG factors into account where relevant, and a stricter disclosure regime regarding the impact or absence of ESG factors within credit ratings.

The US is considered to be years behind the EU market with regards to sustainability-related disclosures and other ESG infrastructure. The investor advisory committee of the Securities and Exchange Commission has previously warned that further inaction could cause US companies to become “rule-takers” as other jurisdictions ramp up ESG regulations and standards.

The pushback against S&P comes as the political battle around ESG ratings and sustainable investing heats up in the US, led by Republican-led states which argue that sustainable investing principles impinge on individual freedoms. RI has reported on multiple attempts to introduce anti-ESG legislation and threats to divest state assets from companies that boycott oil and gas.