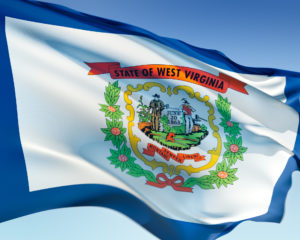 BlackRock, Goldman Sachs, JP Morgan Chase, Morgan Stanley, US Bancorp and Wells Fargo are the six institutions that have been put on notice by West Virginia treasurer Riley Moore, in letters seen by Responsible Investor.

The documents, which were obtained by RI under West Virginia’s Freedom of Information Act, were sent to the firms by the treasurer on Friday.

According to the letters, the firms have been determined to be “Restricted Financial Institutions”.

Friday’s move was in response to Senate Bill 262, which came into effect in West Virginia that day.

First introduced in January 2022, the bill allows the state treasurer’s office to create a “Restricted Financial Institution List” consisting of financial institutions that have been identified – via public statements or information published by the financial institutions – as refusing to deal with or terminating business activities with coal, oil or natural gas companies “without a reasonable business purpose”.

According to the letters, placement on the list “may render [firm’s name] ineligible to enter into, or remain in, banking contracts with the State of West Virginia”.

The financial institutions that have been sent notices will officially be placed on the list in 45 days unless they respond with information demonstrating they are not engaged in a boycott of fossil fuel companies. The institutions have 30 days from the time they receive the initial notice to submit a response to the treasurer’s office.

A financial institution placed on the list will be removed if it “ceases to engage in activities that boycott energy companies and provides information to the WVSTO, in writing, demonstrating that it has ceased all such activity”, according to the letters.

In a statement issued Monday, Moore said: “Earlier this year our office proposed, and the legislature passed, Senate Bill 262 to push back against unfair discrimination against our coal, oil and natural gas industries by the financial sector as part of the so-called ‘environmental, social and governance’ or ‘ESG’ investing movement. We’ve now demonstrated we are serious about enforcing this law.”