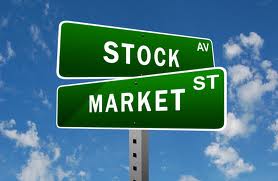 The World Federation of Exchanges, the trade body for 62 stock, futures and options exchanges, has signaled that it is ready for a fuller discussion about environmental, social and governance (ESG) data and listing requirements with the announcement of the formation of a new sustainability working group.

Eleven exchanges (list below) have so far committed to participate in the initiative. The group will determine its own leadership at its first meeting, with the chairmanship to be rotated on a regular basis.

“This is not necessarily an inevitable step toward a listing rule for all member exchanges,” says Evan Harvey, director of corporate sustainability at NASDAQ OMX, and one of the initiators of the working group. “But it’s an attempt to come to a common global standard in terms of ESG data and a material definition that satisfies all exchanges and companies that list on those exchanges.” He adds that NASDAQ has not yet adopted listing requirements of its own, nor have most of the world’s exchanges—except for a few notable examples in Australia, Brazil, and South Africa.

Over the next several months, the WFE sustainability working group will undertake original research and publicize its findings. In October, at its annual meeting in Seoul, the group hopes to make an official listing-requirement recommendation to its member exchanges.
In the meantime, the topic of non-financial reporting among publicly listed companies is being discussed in various other quarters, too: the United Nations convened its own Sustainable Stock Exchanges Initiative in 2009with a similar goal, and in April 2013, the European Commission adopted a non-financial reporting directive that requires large companies to report on environmental and social issues in their annual reports.

Since the WFE is a trade organization and not a regulatory body, it will not have the power to enforce any reporting rules within the world’s exchanges. And whatever suggestions the organization makes will have to be tailored to each jurisdiction.

“There’s not a one-size-fits-all solution that’s going to work for all 60 of [the exchanges],” says NASDAQ’s Harvey. “Each one is subject to different regulatory pressures. We’re going to have to make some sort of consensus recommendation that is then localizable, that they can take back and integrate in the best way possible.”