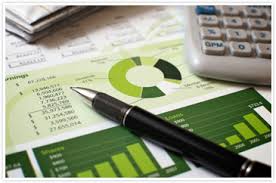 Achieving a sustainable balance between short-term needs and long-term goals is critical to success in politics, finance and indeed life in general. In terms of public policy, perhaps the most significant challenge facing governments the world over is to implement energy policies that supply the fuel for economic growth today, but which will also reduce carbon output sufficiently for our children to grow and prosper tomorrow.

According to sustainability lobby group Ceres, US$36 trillion is needed in clean energy investment through to 2050 if governments are to meet internationally-agreed climate change targets. That represents a significant funding gap when one considers the fiscal challenges facing many governments, especially those in mature western economies still recovering from the effects of the global financial crisis. However, financing techniques that promote public sector collaboration with the private sector – along the lines already established in the project finance arena where public private partnerships fund major infrastructure projects, such as schools, hospitals, and mass transportation systems – may help to close that funding gap by leveraging existing processes and skills, to the long-term advantage of our global society.

There’s no denying that the relationship between the public and private sectors has been changed significantly by the financial crisis. Governments have bailed out banks at a significant cost to taxpayers, while imposing a new regulatory framework that emphasises transparency, investor protection and greater monitoring and costs for risk-taking activities. This process has proved challenging, but necessary. An efficient, well-functioning financial sector has long been crucial to the achievement on long-term policy goals. For many years, major, multi-year public infrastructure projects have needed the support of institutional investors, which is only possible through the intermediation of banks and other financial institutions which can mitigate, manage and explain risks. This will continue to be the case with public private partnerships, and should be equally relevant to the achievement of climate change and other long-term environment and social policy goals.How are green investment projects funded now? The green bond market has been gathering pace for some years, but is still several steps from maturity. Green bonds are issued by government and not-for-profit entities, financial institutions or corporations to raise funds for eligible green projects designed to reduce carbon emissions. Globally, examples include a green bond issued by Toyota last March to fund hybrid car production and an issuance by The Province of Ontario in October to fund clean transit in Toronto. The German state-owned development bank KfW also successfully launched an inaugural €1.5 billion green bond in July 2014, with proceeds to be invested in wind and solar power generation. It is clear that green issuance is gaining momentum on a global scale, across geographies, issuer types and asset classes.

At present, green bonds are self-labelled, meaning each bond sets its own terms of reference for how it will support climate change objectives, including project evaluation, proceeds management and reporting. This self-assessment approach has led to allegations of ‘greenwash’ by sceptics, but greater standardisation and transparency are increasingly giving investors confidence that environmental and social benefits are being achieved through green bonds. Specifically, concerns have been offset in part by the development of The Green Bond Principles by leading investment banks and arrangers, a set of voluntary guidelines that effectively hold issuers to their green commitments. In addition, independent third-party corporate trustees – the duties of which include fiduciary responsibilities representing the interests of investors and administering the cashflows and reporting that underpin a bond issue – also play a crucial role in providing transparency, and therefore, confidence to investors.

The checks and balances administered by some of the largest corporate trustees in the market today, underpinned as they are by robust operational processes, demonstrate the contribution of service providers to the development and success of large scale, long-term projects such as those needed to deliver green energy generation capabilities in the coming decades.
Where corporate trustees help infrastructure project stakeholders to manage counterparty and credit risk inherent in project financing, so too they can help green bond stakeholders mitigate risk and transparency challenges.

Today, growing investor confidence can be seen in the fact that socially-responsible investing (SRI) is becoming less and less of a niche activity undertaken by a select few and is rapidly moving mainstream. Earlier this year, the world’s largest sovereign wealth fund – Norway’s Government Pension Fund Global – dumped its investments in more than 100 firms on environmental grounds, including dozens of coal producers. Elsewhere, Zurich Insurance has declared that will invest up to US$2 billion in green bonds, while many other asset owners, investment managers and individual funds (managing a combined $2.24 trillion of assets, according to the Climate Bonds Initiative) have become significant stakeholders in the green bond market.

As a percentage of overall investment, SRI remains very small, at present.But as these increasingly evident trends gain momentum, significantly more capital has the potential to be unlocked for green projects

In summary, for a glimpse of the future of climate finance, we can take a look at project finance, where private public partnerships between governments and the private sector is helping to address underfunding of long-term public infrastructure projects. The pressure on governments to find new ways to meet their climate change commitments will only continue to grow and without a public private partnership-style collaboration, the funding gap for climate change solutions will only widen. But we believe governments do not need to look far for a solution. With the support of existing skills and resources in the financial markets, investment can and must flow into environmental projects to build a greener, more sustainable future for all.