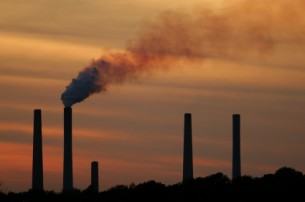 The horse-trading over reduction of global greenhouse gases during the Bali conference to find a ‘roadmap’ successor to the Kyoto Agreement underlines the difficulty in predicting the future direction and efficacy of carbon trading markets. Both are important to institutional investors increasingly pressured on one side over their response to global warming and coveted on the other by investment banks and a new wave of carbon trading firms keen to get long-term investors on board as clients. A report issued this month by The London Accord, the largest ever private-sector investment research project into climate change and backed by some of the biggest global financial services groups, said institutional investors should now be putting money into carbon markets if they believe in their long-term prospects. The project says market activity and government measures – dependent on Bali and subsequent global climate meeting outcomes ahead of the Copenhagen conference in 2009 – could produce medium to long-term carbon prices in the range of €30 to €40 per tonne of CO2. This is a significant predicted rise from the €20 per tonne that most analysts believe will remain the approximate short-term value of a tonne of carbon from the beginning of 2008 in the second phase of reductions under Kyoto that run until2012. Privately, many investors believe €40 per tonne is about the minimum price at which carbon would begin to have an meaningful impact on company financials and prompt serious emissions reductions; a failing which has been levelled at carbon markets to date. The concerns carry weight: carbon trading is, after all, a synthetic market created to reduce greenhouse gases.
Confidence in carbon trading is growing following the disastrous debut of the EU emissions trading system and its over-allocation of credits and subsequent price collapse. The London Accord said investment portfolios could be constructed that produce attractive financial and ‘carbon returns’ at €30-40 per tonne levels. It said much of the future capital for climate change solutions will come from pension funds and asset managers who rely on analysis by the financial services sector for their investment decisions. One strategy will likely be carbon trading.
To recap, the CO2 emissions market is based on the Kyoto agreement. This aimed to reduce by 2012 the emissions of greenhouse gases to 5% under 1990-levels. Under the European Emission Trading Scheme (ETS), the first compulsory market in the world, European countries distributed emission rights (EUAs), initially for free, among the highest polluters. The credits have since
been rationed and companies that manage to drive down emissions can sell their surplus credits to those that don’t.
Gavin Tait, head of emissions trading at ABN Amro, said that going into phase two, EU companies were net 6% short of permits, meaning they will have to trade or cut: “We are looking at much tighter supply.”
On a purely investment basis, institutions should at least be aware of the impact of carbon prices on large emitters in their portfolios, which look likely to include airline companies as they are included in the EU programme from 2011.
This constriction of credits may go some way to actually reducing carbon emissions, but still leaves question marks over whether the baseline calculation for the ‘cap’ underpinning the trade of carbon credits is at the right level, or even whether the levels agreed under Kyoto are meaningful, based as they are on climate science from 1990, which falls far short of current global warming predictions. The value of EUAs will almost certainly be reassessed against these criteria over time.
The second important leg to emissions trading is the Clean Development Mechanism (CDM) whereby credits are earned by developers originating carbon abatement and development projects in emerging countries. Under the CDM – one of the many acronyms rapidly becoming the jargon of carbon trading – developers working, for example, to make power plants in developing countries cleaner can sell the resultant credits, or Certified Emissions Reductions (CERs) to European companies. The UN has approved approximately 800 such projects so far and it is predicted that there could be about 1600CERs approved by 2012. Criticisms have been aired about the CDM. One is that the UN verification body for such projects is under resourced. Another is that many CDM schemes are being set up in China where a cut in emissions is cheaper to achieve. Ironically, China is also predicted to overtake the US as the biggest contributor of greenhouse gases. One investment banker said some of the projects coming out of China were already “on the dodgy side.” Thorough and transparent verification will be key to ensure that the CDM does not fall prey to graft.
The second phase of Kyoto is also likely to see more focus on C02 reduction, rather than the so-called “low-hanging fruit” of reductions in Nitrogen Dioxide and Trifluromethane (HFC23), both of which are more dangerous than C02, less prolific and significantly more lucrative in terms of credits, which has led to a spate of early abatement projects. A report released in July by Morgan Stanley said: “If non-CO2 gases are taken out of the portfolio, the effect of the CDM as a catalyst of low carbon climate change resilient economic development is much less clear.” A recent report by the World Wildlife Fund (WWF) report, also suggested that 20% of emissions reductions certified under the initiative may have been passed without CDM financing, meaning they do not properly meet the ‘additionality’ criteria laid down by the UN that such projects should bring genuine new CO2 reductions. The combination of lucrative financial returns on sometimes opaque projects in developing countries will likely lead to more such criticisms and significant business risk.
The third leg of carbon markets is the VER, standing for Voluntary Emissions Reductions or carbon credits

for CDM projects outside the Kyoto Protocol compliance regime. These have principally taken up by companies seeking to go carbon neutral. Bankers have already labelled them the “superfluffies”: shorthand for offset projects that corporates like because they can splash the best pictures on their annual reports.
The market is at present smaller and less liquid than the CDM compliance market. Tait at ABN Amro said he believed the value of the VER market could contract further as the supply of such projects falls compared to demand. Some institutions have already taken a view on carbon markets. ABP, the Dutch pension giant, is believed to be the largest investor in emission rights with a total trading allocation of €500m. The fund believes it can profit from first mover advantage and also use emissions trading as a hedge against its exposure to fossil fuels. Frank Asselbergs, fund manager for active alpha and commodities at ABP, recently said: “The correlation (of emissions trading) with equity and fixed income is low, while the correlation with polluting commodities like oil and coal is negative, which is beneficial to the balance in the energy part of the commodities portfolio.” ABP is also active in the CDM market investing in funds and companies involved in projects in emerging countries and in 2006 invested €363m in the Carbon II Fund of Climate Change Capital, the London-based investment house. ABP also takes up direct positions on the European Climate Exchange (ECE). Institutional investors looking to follow ABP need to keep an eye on a number of relevant developments. One is the joining up of different carbon trading schemes.The EU scheme is due to link with the UN-run Kyoto Protocol sometime in 2008, bringing carbon allocations from countries like Russia into play. The US, Canada and Australia are expected to follow at some point with their own carbon trading markets and Japan could formalise its existing voluntary system. How long will it be before we are talking about a global exchange?
Another question is where the CDM market could eventually lead. An interesting paper published recently by Christiania Figueres, a member of the CDM executive board and Ken Newcombe, vice chairman and head of origination for Climate Change Capital, said the CDM had not demonstrated how project-based emissions reductions could catalyse and support the decarbonisation of the built environment and transportation, which comprise more than half of global emissions and are the fastest growing sources of carbon emissions in the emerging markets. One suggestion, the report said, could be a system of “sector” emissions projects with carbon credits based on a high degree of alignment between domestic development and climate change. This they said could be an important development that could change whole sectors over a 10-20 year period such as the iron, steel and cement industries in China and India and pulp and paper industries in Brazil. The proposal could support the undoubted success of the CDM in hastening the transfer of emission abatement technology to developing countries supported at the Bali talks. A third issue is the growing development of derivatives contracts based on emissions reductions and credits, which could be interesting for long-term investors.

Finally, investors need to keep abreast of the cost reality of climate change developments, which will dictate policy, for better or for worse. John Llewellyn, senior economic policy adviser for Europe at Lehman Brothers, recently warned in a paper called “The Business of Climate Change” that if expensive and inefficient means of reducing emissions were adopted there would be “enormous” consequences for global gross domestic product, “which finance ministers could not even begin to countenance”. For now, post-Bali, we have another infamous “roadmap” based on agreement to further debate EU proposals for industrialised nations to cut emissions to 25-40% below 1990 levels by 2020, which scientists say are necessary to avoid dangerous climate change. Cuts of this nature will significantly re-price carbon markets in the medium to long-term and beginforming the basis for the values of emissions values as their likelihood waxes or wanes.
Spiky debates over emissions reduction commitments from developing nations are also likely to continue ahead of the Copenhagen conference in 2009. Investors looking at trading carbon credits can be assured there is money to make in what is increasingly becoming a fully-fledged, long-term market – the presence of increasing numbers of trading desks at investment banks is testimony to that. They should also be aware that there is some way to go before the carbon market answers the need that it was created for. Political roadmaps are regularly subject to radical change. Carbon trading already has a short volatile past and its future looks no less uncertain if Bali is anything to go by.