Responsible Investor
Home News & Analysis Social What does Goldman’s ‘One Million Black Women’ initiative mean, and does it...
Return to search
Social 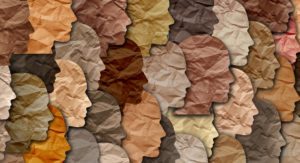 The US is grappling with its challenges on racial diversity and inclusion, and investors have a role. Goldman Sachs’ ‘One Million Black Women’ initiative, launched last week is very welcome, and a major endeavour. But the scale of the problem is such that we need to mobilise a whole army of responsible investors if we want to move this forward.

McKinsey’s diversity team recently concluded that “on the current trajectory, it will take 95 years for black employees to reach talent parity.”

This problem needs you.

Goldman last week announced a 10-year project to invest some £10bn in direct investments to “address the dual disproportionate gender and racial biases that Black women have faced for generations”. They have committed to improving the lives of at least one million black women by 2030 – a little better than that 95 years.

There is an element of philanthropy in the Goldman move (they’re throwing in the odd $100m) but it should be emphasised that this is very much a calculated investment decision, carefully thought through. Goldman issued its own, fascinating report on 'womenomics' the week before. This showed in great detail, as CEO David Solomon said, “that no investment could have a bigger impact than unlocking the economic potential of black women”.

The initial Goldman investments will be in the areas that the report identifies as needing attention: housing, healthcare, education, digital connectivity and financial health. It paints a picture of a narrowing of the racial gap in the 80s and 90s that went into reverse as the digital age dawned. Black women’s ‘wage gap’ now stands at 15% relative to white women (apparently it was only 5% in the early 80s) and 35% relative to white men. Strikingly, only a tiny proportion (0.5%) of single black women own their own business, a rate that is 24-times lower than for single white men. Goldman commits to “many” target companies being black women-owned, although the lens will be to “evaluate these investments…(on) the impact they have to improve the lives of black women”.

So it should be. Diversity consultant William Cunningham pointed out to me that “we have seen impact investing innovations designed to serve the community modified and focused away from black people”. He alleges that the California State Teachers Retirement System (CalSTRS) launched their Gender Diversity Index ETF which, “while not exactly ignoring opportunities in communities of colour, is mainly focused on white women.”

Fortunately, there are a large number of black-women organisations working with Goldman – including ‘We are Power Rising’ and Melanie Campbell’s ‘National Coalition on Black Civic Participation,’ who hailed the move as “transformational”.

But I worry slightly about black men being left out. While it is noticeable in the Goldman report that there is a 10 percentage point gap between the number of white women who have a bachelor’s degree compared to black women, that number for black women is considerably better than that for black men (34% versus 26%). A staggering 13.5% of black women do not have a checking account (versus 3% for white men), but the figure is actually slightly worse for black men (14%).

The reality is the problem is broad, and ‘embedded’. As the US Racial Equity Institute notes “our systems, institutions and outcomes emanate from the racial hierarchy on which the United States was built. In other words we have a ‘groundwater’ problem, and we need ‘groundwater’ solutions.”

I believe that identifying solutions will require investors to appreciate the broad scope of the problem. Unfortunately, black workers are disproportionately working in those industries most prone to automation (production work, food service, office support). Similarly, geography has a role; black workers are simply not located in the areas where jobs are being created fastest. Almost 60% of the black workforce (11.8 million people) are located in the south of the US, compared to one third of the private sector workforce as a whole.

McKinsey also found that half of black workers are in the three industries we have termed ‘frontline’ during the Covid epidemic (perhaps explaining their disproportionate suffering in this regard) – industries that tend to have lower wage rates, with workers making less than $30,000. 43% of black private sector workers earn below this number, compared with 29% for the whole of the private sector. 73% of black workers in retail are in this category and, in accommodation and food service, it is a staggering 84%.

These are the problems. So what are the solutions? Too often, those of us who want change spend a lot of time outlining how bad things are and not enough time proposing solutions.

There is a lot that responsible investors can push private companies to do, and pitfalls that must be avoided. Interestingly, in the States, faith-based investors have led the charge. Josh Zinner, CEO of the Interfaith Centre on Corporate Responsibility, told me their “proposals addressing diversity and racial justice grew by 50%…in 2021.”

The murder of George Floyd and the Black Lives Matter movement have concentrated many corporates minds, with an impressive $7.85bn of corporate racial justice pledges in the US alone. But it’s top heavy. According to a Creative Investment Research report, just six companies account for 70% of that (Ford, PNC, BOA, PayPal, PepsiCo and Wells Fargo).

Much emphasis is put by responsible investors on ensuring companies have diversity and inclusion policies, but in surveys it is noticeable that a ‘trust deficit’ remains. 39% of black employees do not believe their companies’ diversity programmes are effective. And despite 87% of US companies having sponsorship programmes, 67% of black employees say they actually don’t have a sponsor.

I am also very struck by the saucer-shaped nature of black representation by seniority level shown in the McKinsey report. Black employees make up 12% of the total at entry level, but sink to a mere 5% at senior manager and VP level, before rising again to 11% at board level. All the ESG campaigning looking at diversity on boards may be having an effect, but we really need to train our fire on that appalling deficit in the middle of management hierarchies.

We also need to look at smaller companies. FTSE Russell announced this week that 60% of Russell 3000 companies have no black board members.

And we must look at the issues for other racial minorities: in the States, Hispanics make up 11% of entry-level employees, but only 6% of board directors.

Should America’s lessons be learnt by European investors? I spoke with Dawid Konotey-Ahulu, co-founder of the ‘10,000 black interns’ initiative, based in the UK. He said we must acknowledge that the American experience is different, and that there are different ethnic minorities in each of the leading European countries: the South Asian population in the UK, the North African community in France, the Middle Eastern one in Germany. But that, similarly to the US, this issue is moving up European investors’ agendas. He is optimistic for a more inclusive future.