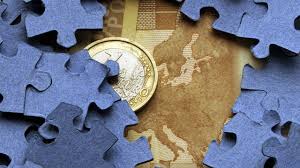 This is the second part of the article What has the EU ever done for responsible investment? See here for Part I

The record of the EU looks particularly underwhelming when compared with other international, supranational, national bodies, or even voluntary industry initiatives.

The most obvious institution to which the EU may be compared is the United Nations (UN). For more than a decade, the UN has led the march towards responsible investment and sustainable finance. In the 2005 Freshfields Report, United Nations Environment Programme Finance Initiative (UNEP FI) is credited with causing a paradigm shift in terms of responsible long-term investment by providing the legal foundations for the integration of ESG considerations in investment decision-making. Add to that the UNEP FI PRI, with over 304 asset owner signatories and members managing US $16.6 trillion in assets (including US $45 trillion assets globally managed by investors based in London), the UN Global Compact which has been adopted by 9,146 members in 168 countries, and the more recently launched UN Guiding Principles on Business and Human Rights. These global policy initiatives highlight that it is the UN, not the EU, which has provided much needed leadership on RI. The unfortunate reality is that the EU appears to be lagging decades behind the UN on this issue. Even organisations less committed to RI than the UN—such as the OECD, the IFC, and many other international bodies—have shown greater leadership on responsible investment than the EU.

On a national level, the UK has created globally leading legislation engaging responsible investment to address the problems of slavery and human trafficking, while on a federal level the State of California introduced important legislation requiring supply chain diligence. There have also been important industry initiatives by the Extractive Industries, Paper and Pulp Manufactures, and the Gold Council. Individual companies such as HSBC, Nestle, Unilever and Waitrose have also made very significant contributions to promoting and integrating responsible investment.

Jonathan Hill and the EU’s leadership on responsible investment also pales in comparison to that seen from pension funds industry. Funds such as the Norwegian Global Fund, Sweden AP4, ABP, PGGM, Caisse des Depots, CalSTRS, CalPERS, the New York Pension Fund, Hermes and the Environmental Agency Pension Fund all have been instrumental in putting forward voluntary initiatives which recognise the importance of ESG considerations in long-term investment practice. Even the Financial Stability Board has created a Climate-Related Financial Disclosures Task Force, and the City of London has launched a Green Finance Initiative.This is to say nothing of the outstanding work on RI of NGOs, thought leaders and individuals, such as ShareAction, Ceres, Al Gore, David Blood, The Prince of Wales, David Pitt-Watson and many more individuals who have done more for RI than all the EU Commissioners, Members of the European Parliament and EU civil servants put together.

Will Brexit Trigger a Race to the Bottom?

The answer to this question remains unclear, but it assumes that Brexit may impact on RI in a more negative way after Brexit than when the UK was a member of the EU. As is hopefully demonstrated above, the EU has not shown any special interest or leadership in this area. Many of the fears expressed about Brexit in the introduction of this paper are not really about RI per se but whether the UK government will roll back environmental and human rights legislation and take a relatively laissez-faire approach to governance, corporate accountability and transparency. All of these fears may be realised but they do not necessarily follow on from Brexit. Rather, they assume a business hegemony based on corporate greed and irresponsibility. The fact is that for over 40 years the EU has done little to encourage RI, while the work done by the UN and others over the last decade to bring ESG and long-term investment into sharper focus has been significant in comparison. An examination of the EU’s record on RI, including the work pensions fund directive, suggests that those who fear the impact of Brexit have exaggerated the importance of the role of the EU in developing and protecting RI. Remain or Leave, the EU is not and has never been an exemplar of a body driving forward good RI practices or policies. The UK is home to Europe’s largest SRI market. Many of the global thought leaders on responsible investment are resident in the UK. Leading companies and financial institutions, such as Hermes, which have promoted ESG and responsible investment globally are based in the UK. Many of the important policies, laws, and initiatives to promote RI internationally have had nothing to do with the EU. RI is a global international issue, not an EU issue. There is a real opportunity for the UK to lead the responsible investment revolution. As Catherine Howarth, Chief Executive of ShareAction, argues, the UK needs European neighbours to drive forward responsible investment. She cites the example of the European Responsible Investment Network—with 30 members in 11 European countries. The UK also needs an international outlook. It does not need to be clouded by false memories or collective amnesia, spawned by fears of Brexit, that EU has ever championed RI.

Paul Watchman is the Director of Sustainable Finance at CCP Research Foundation, a UK-based trust focused on changing societal expectations, public trust in institutions and relationships between civil society, government and enterprise.