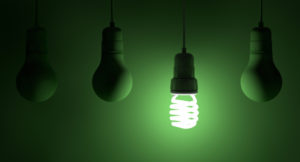 If the past two years have normalised the concept of Net Zero for individual financial firms, the idea of a net-zero financial sector appears to be fast following suit. A recent global survey of more than 1,000 pension funds and insurers indicated that 90% of pension funds and 94% of insurers had either committed to Net Zero or were planning to.

Against this backdrop, the UK’s independent public advisory body, the Climate Change Committee, published an advisory report in December called The Road to Net-Zero Finance, which recommended the UK lead the world by committing to be the first net-zero finance system.

Last month, in a ringing endorsement of this concept, UK financial institutions responsible for over $5tn in assets penned a letter calling on the Prime Minister to advance the agenda at home and abroad.

Indeed, under the 2021 UK presidency, the G7 are discussing the role of finance ministries and central banks in driving the transition to net-zero financial systems, while at home the UK has put net zero objectives formally in the remits of the central bank finance sector supervisors and regulators.

Elsewhere, China has decided to get behind the goal of carbon neutrality, and Europe’s Green Deal has been followed by the US’ American Jobs Plan.

As a result, net zero has rapidly moved from being a frontier issue to a new normal. The Net Zero Asset Owner Alliance has seen trillions in AUM to commit to Net Zero by 2050 while the COP26 Presidency’s Race to Zero campaign brings all these efforts together under the new $70tn Glasgow Financial Alliance for Net Zero  – launched last month and generally understood to mark a watershed moment for finance, signaling that the goal of net zero is now mainstream.

The pace of private sector response to policy is noteworthy, but wide-ranging public policy will be necessary too. With this in mind, we propose the following key areas for public policy to enable the sector-wide shift to net-zero at institutional level:

Strategic public investment and supportive economic policy are needed to create new markets and shift incentives to new net-zero investment opportunities. Robust and costed national investment plans and capital-raising strategies for financing the climate transition, together with national sectoral targets and pathways, will help mobilise private finance, in turn accelerating the greening of both the real economy and financial portfolios. The creation of investment taxonomies can potentially support both the mobilisation and the tracking of net-zero finance flows.

Financial institutions must have net-zero transition plans, but it will be impossible for them to set or implement those plans without knowing the transition plans and emissions data of the companies and projects that they invest in. Making TCFD reporting mandatory for firms across the economy, as the UK has done, is essential. These disclosures should include details of transition plans, including near-term decarbonisation targets and end goals. Rishi Sunak, the UK Chancellor, and Mark Carney, former Head of the Bank of England, are both calling on financial institutions and other firms to disclose their transition plans for Net Zero to shareholders. We believe that net-zero transition plans will inevitably, and in relatively short order, become a mandatory requirement both for financial firms and for the rest of the economy.

Amidst mounting concerns about greenwashing in net-zero targets (‘2050-washing’), the financial sector needs guidance and agreed metrics to clarify standards for plans. Regulators will be key to accelerating market convergence. Financial regulators are already signaling an appetite to act against greenwashing of retail products, while various financial firms have expressed desire for clearer guidance on ‘what good looks like’ in terms of the transition to Net Zero. Regulatory guidance on metrics will be helpful for clarifying science-based Paris-aligned timeframes for near-term decarbonization goals across sectors, while recent controversy over the use of offsets and avoided emissions underscores a need for guidance.

For example, a bank cannot claim to be aligned with 2050 Net Zero if it lends to carbon-intensive projects with a lifetime emissions profile that does not match the relevant sectoral pathway to net zero. Nor can it claim this if it only achieves Net Zero by 2050 for lending to a sector such as housing, which requires new buildings to be net-zero decades prior. It is thus important to distinguish between financial sector emissions resulting from company ownership and new emissions from financed projects or infrastructure. The Partnership for Carbon Accounting Accounting Financials has done key work on methodologies, but more will be required.

Indeed, it is support for unsustainable projects, particularly by banks, that has led to much of the criticism of financial sector greenwashing. Such financing has been criticised by civil society, by other parts of the financial system and increasingly by consumers. Groups like the Rainforest Action Network have castigated banks for providing $3.8tn in fossil fuel financing since the Paris Agreement’s adoption in 2015, with financing having risen each year consecutively until COVID-19. Investors, too, are calling on the world’s largest banks to align their financing with Net Zero targets, including through a recent effort from the Institutional Investor Group on Climate Change. In terms of consumers, a recent survey showed almost 80% of Barclays and HSBC customers are unaware that their bank is investing in fossil fuels, and the equivalent of three million customers would very likely consider leaving those banks for more ethical alternatives.

With mounting expectations from citizens and consumers, it is welcome that the UK G7 and Italy G20 this year are initiating work toward net-zero financial systems—in the case of the G7, already explicitly spelling out this end goal. But to build net-zero financial systems, public policy will need to address all three of the pillars above, whilst taking steps to ensure a green recovery via greater green economic spending.

In the run up to COP26, do sizable financed GHG emissions from the UK’s financial sector have the potential to undermine the country’s reputation for climate leadership? What is clear is that, as we enter a decade where global emissions need halving to stave off catastrophic climate change, the UK and other governments must do more to ensure that financial systems can and do align with Net Zero.

Guy Opperman, UK Parliamentary Under Secretary of State (Minister for Pensions and Financial Inclusion), Department for Work and Pensions, will be speaking this week at the RI UK conference.