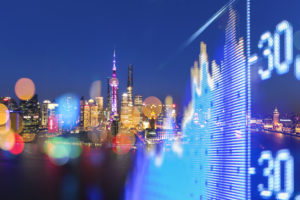 China’s long-awaited and much-hailed emissions trading scheme (ETS) is expected to be a major contributor to the government’s ambitious emissions reduction targets and aspirations to become an “ecological civilisation”. This will be no mean feat; responsible for 27% of global greenhouse gas emissions, China is still the world’s largest emitter and burns more coal than the rest of the world put together. Rolled back from initial plans to cover a range of sectors, the ETS will initially cover only the power sector. Still, it will be the biggest carbon market in the world, covering more than 10976 MtC02e to the EU ETS’ 4,323 MtC02e. But when will the market become functional, how will it work, and will it be effective?

Well, it has been slated to begin trading at some point this year – and many commentators are holding that the original schedule still stands, despite the disruption of Coronavirus. Indeed, in recent weeks, municipal governments have been telling emitters in their province to submit their 2019 emission production data (which will be used to determine allocation of allowances) to national government, in line with existing implementation schedules. The Ministry of Ecology and the Environment (MEE) has even suggested plants that miss the May 31 deadline will be penalised by receiving fewer allowances.

But, even before Covid-19 gripped China, there were signals of hold-ups behind the scenes when it came to getting the bones of the system in place. The scheme doesn’t yet have any legislative grounding, in spite of the fact that the country’s regional carbon trading pilot projects, which have been running for a number of years now, have demonstrated a need for strong legal foundations. The MEE has repeatedly indicated the imminent release of a workable update on the draft Interim Regulations on Carbon Emissions Trading Management, which was published with a call for comments ending May 2019, but has yet to follow through. Also crucial to trading are allocation rules and a registry system, which also have not been finalised.

How it will work

What many don’t know yet is that China's ETS has been designed as a carbon intensity cap-and-trade system, rather than a carbon emissions cap-and-trade system. This means that – unlike the EU ETS, which sets an overall cap on emissions and then distributes allowances accordingly – the Chinese scheme won’t have an absolute cap. Instead, it will have benchmarks for carbon intensity, with allocation of allowances expected to be based on historic emission data of companies and benchmarking for different types of fuels and plants.

What this means for the efficacy of the mechanism is something experts are still grappling with. The approach leaves scope for plants that reduce their emissions produced per unit to benefit from the scheme even if overall their carbon emissions are rising, leading some commentators to argue that this is not the most effective way to reduce emissions. Some have insisted that, while this design pushes plant operators to improve the efficiency of plants, it “weakens or eliminates the incentives … to shift from coal to gas or renewables”. Meanwhile, research has found that the lack of a hard cap will make emission cuts more expensive under the scheme, but that it could still achieve significant reductions.

Kristian Wilkening, Project Director at the Sino-German project for Capacity Building for the Establishment of Emissions Trading Schemes in China, says it’s all about design. “You can design a system without a hard cap that is ambitious and very, very demanding for companies, and forces them to really cut emissions.” How ambitious the scheme will be in its initial phase, though, is unclear. The global ETS experience so far has been to start out not overly ambitious, easing stakeholders on board gradually. Average price expectations in the national ETS are CNY43 (€5.54) per ton in 2020, increasing to CNY75 (€9.66) by 2025 and CNY 116 (€14.94) by 2030. “China is just starting its system at the moment,” Wilkening says. “An ETS and a fully functioning carbon market need to be built progressively. The Chinese ETS will mature over time, extend to other sectors, and refine its allocation.”

Others are sitting tight to see how the novel design plays out. “It’s a first of its kind – it’s never been done before in carbon markets,” says Jeff Swartz, Director of Climate Policy and Carbon Pricing at sustainability consultancy South Pole. “The whole point of this system is to weed out underperformers who are inefficient and very dirty.” He says the new methodology will play into a long-standing economic debate over cap-and-trade versus taxes. “People in favour of cap-and-trade always say: 'well, with cap-and-trade, you get a cap; with a tax it’s not guaranteed'.” (Of course, even a fixed cap doesn’t necessarily create scarcity, as the EU experience has shown). “So China's carbon intensity system will really test that notion of cap-and-trade, because there won't be one. So it's a fascinating policy experiment to watch.”

Swartz says the challenge will be expanding the intensity cap-and-trade programme to other sectors beyond power. “For emitters that aren't actually producing power – if you run, say, a glass plant and you're producing massive amounts of emissions – your emissions are created onsite and the only way you can reduce those emissions is if you introduce new technologies or if you run your factory on renewable energy.”

There have been discussions about linking China’s incipient carbon market with other international markets, such as Europe and Korea. Academic studies have explored the possibility, with one paper from 2016 finding “no significant linking implications” for the Chinese and European systems, claiming that linking could serve to maintain the stringency of caps, enhancing environmental effectiveness and efficiency, establishing a more credible price signal and lowering market volatility and investment risk.

Wilkening says that, although China is conducting some research on linking to international carbon markets, direct linking is definitely not the focus for the foreseeable future, and is also “very, very complex and politically very sensitive”. However, he says there could well be indirect links, for example through the China Certified Emissions Reduction (CCER) offset system, if the credits end up being eligible under both the national carbon market and CORSIA, the aviation scheme.

Swartz says that China's decision to create a carbon intensity-based trading scheme makes linking it to international markets much less likely. “In theory you could do it, if you had some kind of a conversion factor. But it will be so difficult and highly political, so I think it puts the nail in the coffin for linking China's carbon market with any other.”

Meanwhile, Paula DiPerna, Special Advisor to CDP – which helped establish China’s first regional carbon trading pilot, the Tianjin Climate Exchange – says linking is both possible and desirable. “The whole point of a cap-and-trade is that it be as large as possible, with high transaction volume and liquidity,” she says. “Technologically, linking is quite feasible. A courageous company could step out and do a demo trade to help break the logjam. These things are much easier than they look from a distance. And right now the enemy of cap-and-trade is overcomplication and political stalemate.”

Either way, China’s experiment looks set to cause ripples far beyond its borders. Swartz says China’s influence is already playing out in other Asian countries. “So many countries in China's immediate orbit are looking at putting in place a price on carbon,” he says, pointing to Korea's carbon market, Singapore’s carbon tax and Indonesia’s forthcoming voluntary carbon market. Vietnam and Thailand are also conducting studies on putting their own markets in place. “All of these countries are emerging economies who have massive trade surpluses and deficits with China,” Swartz says. “They don't want to be caught in a situation where their products could somehow be caught up in some kind of trade dispute with China in the future.”

Swartz sees China emerging as a leader on climate. “I personally believe China will take pride in the reductions of its carbon emissions and start to police other countries in the future,” he says. “Maybe not today, maybe not next year, but in the next decade. I think China will be very vigilant about openly encouraging other countries to also reduce their emissions and introducing some national measures to do that. But of course, first they have to get their own house in order with their carbon market.”