There is growing hope that the financial sector can contribute to decarbonizing the economy and help prevent dangerous levels of anthropogenic climate change. But aligning financial portfolios with the Paris Agreement, or lowering a portfolio’s carbon footprint alone, won’t be enough to actually contribute to real world emissions reductions. After all, where do emissions go when they are no longer in your portfolio?

The past few years have seen a significant increase in financial sector initiatives on aligning financial portfolios with the goals of the Paris Agreement, such as the Net Zero Asset Owners Alliance and the Paris Aligned Investment Initiative. Recent reports and announcements in recent weeks, including from Mark Carney at the UK Green Horizon Summit, show that portfolio alignment is set to be a key agenda item for the upcoming COP26 climate summit. Often, though not always, these alignment initiatives also aim to achieve emissions reductions in the real economy.

Portfolio alignment is a powerful tool to steer your investments on a more sustainable path and to manage and avoid transition risk. Various tools exist that try to give some indication of the alignment of your portfolio – some better than others. But one of the most important questions that all these tools face is: does aligning portfolios contribute to real-world emission reductions, and therefore to achieving the Paris climate goals? The answer to that depends on where emissions go when they are no longer in your portfolio.

In a recent report published in cooperation with the Swiss government, 2° Investing Initiative analysed the alignment of the Swiss financial sector with climate objectives, using our open-source Paris Agreement Capital Transition Assessment (PACTA) tool.  According to the report, “Bridging the Gap”, while there has been a dramatic increase in the number of Swiss financial institutions taking climate action, overall the sector is still not aligned with the Paris Agreement.

At this stage, alignment tools do not (yet) tell you whether emissions reductions in the real economy have actually taken place, and whether you as a financial institution have contributed to those reductions

The picture below shows that the decline in coal exposure is mostly due to portfolio composition changes – in other words, divestment. In green, you see the coal power capacity additions of the power companies that were in the portfolios in 2017. The first bar shows what those companies were originally planning (in 2017) to add by the year 2020 in terms of coal power capacity. The second green bar shows what those companies actually added. Not only did the power companies in the portfolio increase their coal capacity by more than they had originally planned, but they increased it by almost 50%, a shocking number given the need to combat climate change. The next important step is now of course to investigate the observed increase in coal power capacity and whether this was due to actual new coal power stations, or the acquisition of existing power stations. 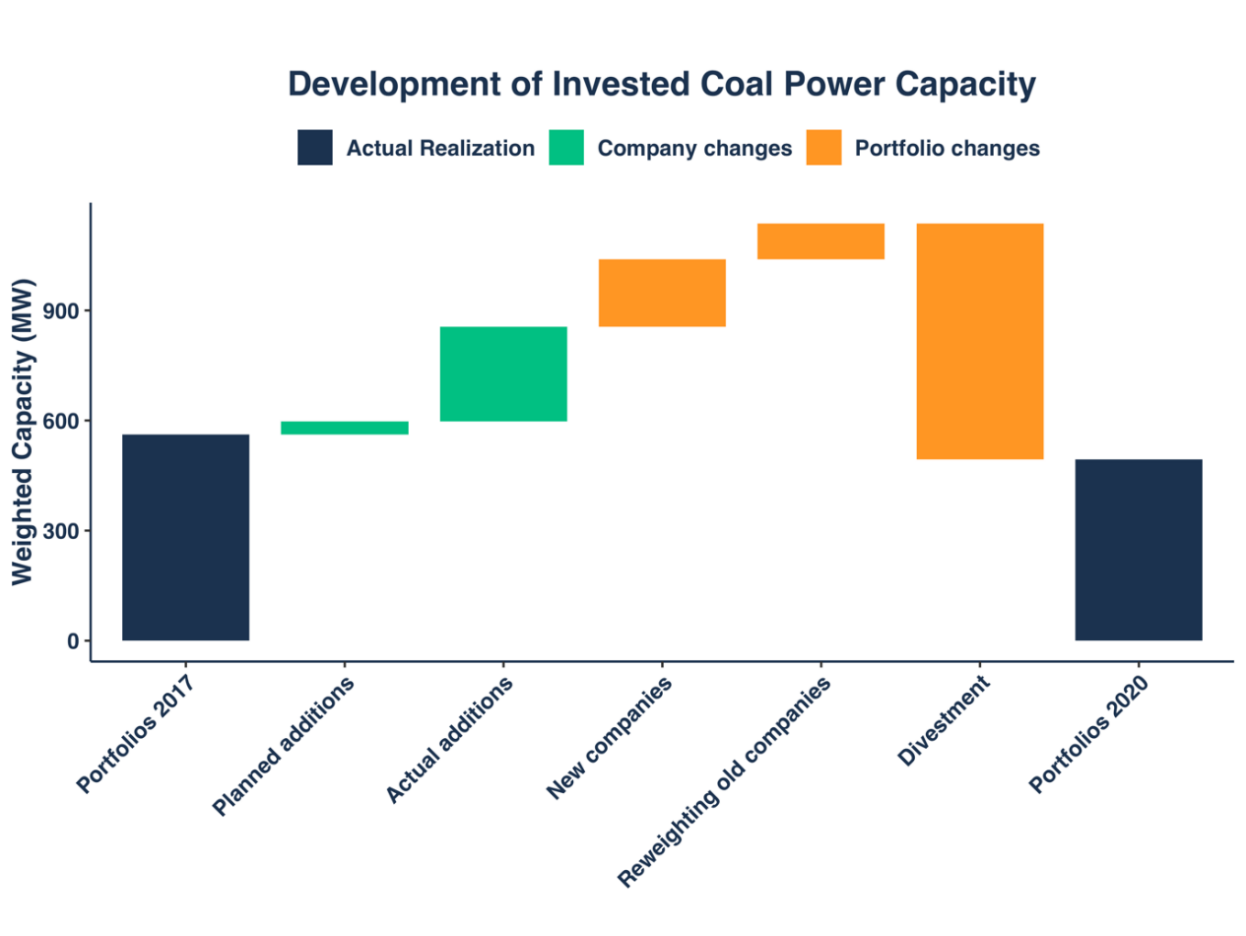 The result is not surprising, because an alignment metric only tells you which pathway the world would be on if every other portfolio were to follow the trajectory of your portfolio. In the real economy, carbon emissions can be ‘outsourced’, for example by moving carbon-intensive manufacturing and industries to other countries. These emissions still exist, even though they are no longer accounted for in Switzerland’s carbon balance. Similarly, while Swiss portfolios may have excluded carbon intensive assets, they still exist and have simply been ‘outsourced’ to the account of other non-Swiss financial institutions.

At this stage, alignment tools do not (yet) tell you whether emissions reductions in the real economy have actually taken place, and whether you as a financial institution have contributed to those reductions through your actions. When communicating and interpreting results of an alignment analysis, it is therefore important to be transparent about this limitation.

Portfolio alignment will remain a crucial tool to manage transition risks and steer portfolios on a more sustainable path. But, if the financial sector is to live up to the hope that it can actively contribute to decarbonising the economy, it must look beyond alignment, track the drivers of greenhouse gas emissions in the real economy, and track the impact of the climate actions of financial institutions. 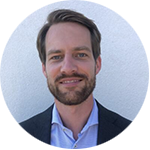 Maarten Vleeschhouwer is Head of PACTA at 2° Investing Initiative