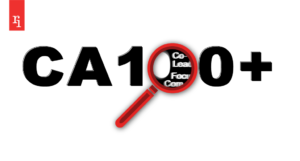 Climate Action 100+ (CA100+) is the largest engagement initiative the world has ever seen. More than $60trn of capital managed and owned by over 600 investors has been assembled to engage the world’s most systemically important emitters on the initiative’s ‘three asks’: implement a strong climate governance framework, take action to reduce greenhouse gas emissions, and report against the recommendations of the Task Force for Climate-related Financial Disclosures.

In the four years of its existence, the initiative has scored some impressive wins. It lists eleven successes on its website, including net zero commitments from oil supermajors Shell and Total, and many companies on its 167-strong focus list have made significant climate commitments. However, its overall record is mixed.

In March last year, the initiative released its net-zero company benchmark, tracking progress and commitments on climate change from focus companies. The results made for sobering reading. While more than half of the focus companies had set net zero or emissions reduction targets, fewer than half of these targets were fully aligned with the initiative’s assessment criteria. The spreadsheet containing the aggregate results is a sea of orange and red. While this year has seen increasing pressure on companies to commit to net zero, it is unclear how much progress has been made in the 10 months since the benchmark was released.

A spokesperson for the initiative would not be drawn on details of the upcoming benchmark, which will be published in March, but said: “ When the initiative launched in 2017, not a single focus company had made a net zero commitment — today more than 110 focus companies have committed to achieving net zero greenhouse gas emissions by 2050 or sooner, while around 140 have board-level oversight of climate change and more than 110 have committed to align climate disclosure with TCFD recommendations. While more progress is undoubtedly needed, we have seen steps in the right direction by many of the focus companies and will continue to push for more progress, holding companies accountable for delivering upon these commitments and scaling up their ambition as we move into the next phase of the initiative.”

While NGOs are broadly supportive of the aims and ambition of CA100+, they have not held back their criticism. Catherine Howarth, CEO of ShareAction, said the benchmark revealed that CA100+ “has so far made very limited progress”, while Reclaim Finance describes an “unfortunate paradox” where CA100+ investors criticised Total’s climate plan for failing to meet most of the benchmark indicators, but some subsequently voted in favour.

NGOs are also among those that have criticised the initiative for not disclosing which investors have been assigned to lead engagement with focus companies.

Each of the companies on the CA100+ list has been assigned between one and three investors to lead engagement, acting as the main point of contact between the initiative and the company. Leads are responsible for organising meetings, identifying engagement priorities, and reporting on engagement progress. RI understands CalPERS and engagement specialists EOS at Federated Hermes account for the two largest groups of lead and supporting engagements. CalPERS is lead on more than 20 engagements, while EOS is lead on around 30 and supports a further 30+ engagements.

Signatories can also sign on as supporting investors. These can be more numerous – a 2019 case study published by CA100+ said there were 18 supporting investors on the Nestle engagement, for example – and are responsible for supporting leads, providing input to communications, and attending engagement meetings. Investors can carry out their own engagements separately of CA100+, but are asked to report on their progress to the initiative.

It is CA100+ policy to not disclose the names of lead investors. A CA100+ spokesperson told RI: “To allow investors to engage as effectively as possible and deliver the best possible outcomes, Climate Action 100+ has agreed not to publish details of which signatories engage with which focus companies, and to leave the choice to do so to individual investors. The specific engagements between investors and focus companies often take place privately and there are various reasons why details may not be made public. The initiative includes signatories from across the globe, many of whom operate in different regulatory environments and have their own policies on disclosure of engagements, so their appetite for engaging publicly varies.”

Much of this information is already in the public domain and can be found within stewardship and ESG reports. The following partial list has been assembled by RI from public reports by investors in half a dozen languages, supported by freedom of information requests and voluntary disclosures from some larger investors. Any information sourced from public reporting is based on the latest reports available, so lead or supporting investors may have changed since then. RI believes it is important to ensure that this information is public and accessible so that the investors involved in these engagements can be held accountable.

If you would like to add your engagements to the list or have any other feedback, please email: dominic@responsible-investor.com