Responsible Investor
Home News & Analysis Governance Why accounting really matters for climate change, and what you need to...
Return to search
Hot Topics

For some time, institutional investors have been clear that they want the companies they own to commit to a business model which is compatible with climate sustainability. So why have so few companies responded?

One reason is that, until recently, companies were able to declare profits as though climate change simply did not exist. They assumed that their newly discovered oil well could be valued as though the oil coming out of it will be sold at $80 a barrel through to 2050 and beyond. They valued a thermal power plant, or a fossil fuel engine factory, as though its future was indefinite and unchallenged by climate concerns. Indeed, in most cases they didn’t even tell their investors what climate assumptions underpinned the company’s profits –  and the bonuses they paid their executives.

These practices need to stop if we are to have a sustainable world.

But here is the good news. We now have the opportunity to put an end to this myopic approach to calculating profits, and in doing so, help stop the incentives to invest in ‘stranded assets’.

Over the last two years there has been a successful campaign, supported by the Principles for Responsible Investment (PRI), the Institutional Investors Group on Climate Change (IIGCC), UNEPFI and many other investor-led organisations, to persuade international accounting standard setters that these poor practices have to change. They argued that the application of these standards needed to be clarified so that climate is considered in drawing up accounts. The campaign has had some big breakthroughs.

These will be the subject of the Responsible Company webinar titled; New Climate Reporting and Accounting Requirements on April 22, on which I’ll be speaking alongside  Veronica Poole, Global IFRS and Corporate Reporting Leader at Deloitte Touche Tomatsu.

The webinar will not only discuss what has happened, but what it is that responsible investors could do now to get maximum impact from the changes that have taken place.

If we all work together on this, we can stop companies profiting at the expense of the climate and help ensure their business models are sustainable.

So here is what has happened. In an interpretation of its standards, the IASB has made it clear that existing accounting rules require climate to be considered where material, and assumptions shown. The IAASB has further clarified that climate must also be part of the audit. In other words, the historic practice of ignoring climate considerations and hiding assumptions must come to an end.

The ‘Big Six’ accounting firms have signed a letter welcoming the interpretations from IASB and IAASB. It is important that they, and the companies they audit, are held to account for following the new guidance. That will be the big, and necessary, next step.

However, even under the new accounting approach, companies can continue to use assumptions which are incompatible with sustainability, provided these are published. That is why key investor groups have insisted that not only do they want to see IFRS properly applied, they also want to know that the assumptions used are aligned with a sustainable world as defined by the Paris Agreement. Links to all these papers and statements can be found on the PRI website.

Individual investment companies have also joined the call. Some, such as Sarasin & Partners and other fund managers, organised through the IIGCC, have been pressuring companies to reconsider the way they draw up their accounts. They have had some success. For example BP’s decision to write off $16bn of assets, and to cut future capex, was a consequence of it noting that the projections it was making about future oil prices were unsustainable.

BlackRock has given the initiative its support. It has said: “Financial reporting should reflect reasonable assumptions about the impact of climate change and the transition to a low carbon economy (that is one where global warming is well below two degrees Celsius, ideally 1.5 degrees, and is consistent with a global aspiration to reach Net Zero carbon emissions by 2050). BlackRock goes on to point out that if companies do not include this in their accounts, “and therefore may be misleading, BlackRock would reflect [its] concerns about management’s assumptions in [its] votes on financial statements, approval of auditor, or election of directors.”

Climate accounting is now becoming part of the Climate Action 100+ framework, so this should in the future form part of the united investor call to change the way we calculate financial success.

To help investors, the PRI, IIGCC and others have put in place a system to monitor whether companies and their auditors are following the rules. For the 2020 reporting season Carbon Tracker and the PRI will be monitoring the accounts of over 100 companies (including many in the USA) to discover the degree to which these interpretations have been observed.

Individual company briefings will be made available to CA100+ investors. They will also be available on request to other investors who want to know whether a company has followed the rules, and if so, whether its financial model is compatible with a sustainable climate.

So far we have only talked about IFRS, the standards that apply outside the USA. However, US accounting standards are based on very similar principles to those of IFRS. Logic might therefore suggest that preparers of US financial statements should follow a similar approach. Indeed, to make things clear, investor groups are already preparing to ask the SEC to issue guidance similar to that given by the IASB. Given that the new US administration has made climate such a priority, they hope that this will receive a sympathetic ear.

We have come a long way, but there is lots still to do. The IASB, the SEC and the FASB can set standards and interpretations. But they have  limited or no power of enforcement. If companies are to be called to account that must be done by their regulators and their investors. We have a big opportunity to put an end to investment in ‘stranded assets’.

If that is to be achieved, investors must play their part. They should insist that the IASB opinion is followed. They should emphasise that climate change considerations are material to their investment decision-making. Investors that are committed to sustainability should be particularly keen to ensure they are not approving accounts whose profits are drawn up on assumptions that imply an unsustainable cost to the planet. If companies refuse to do so, investors might consider whether it is appropriate to approve the accounts, the appointment of the auditor, or the elections of directors, including the finance director or the chair of the audit committee.

Investors have been clear that they want the companies they own to commit to a business model which is compatible with climate sustainability. The acid test of that commitment is shown in the company accounts, and in how they calculate their profitability. We have the opportunity to insist that that is done in a way which is consistent with the Paris Agreement.

Indeed we must do so, if we are to support the creation of a sustainable world. 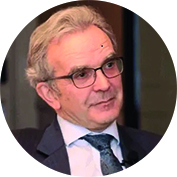