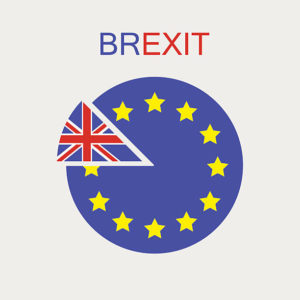 Britain’s exit from the European Union in a few short weeks will transform the European pensions landscape. At a stroke it will see around £1trn (€1.1trn) of assets disappear from the system and the balance of the entire system will shift overnight.

One institution that has looked at this is PGGM, the Dutch pension asset manager that is owned by healthcare pension fund PFZW.

“The United Kingdom was often seen as an ally of the Netherlands in the European political arena,” it said in a recent blog series.

“In terms of pensions, the British pension system based on funding shows striking similarities to our own. As a result, we often have similar wishes in the European Council and the European Parliament. Alignment of our positions in the decision-making process is a natural consequence.

“When votes are held on regulations that affect us, it is always good to have an ally that is taken seriously on the geopolitical stage. The British were always our ally in holding off capital requirements for pension funds at European level, for example.”

PGGM noted how often it joined forces with the UK to present a “shared, uniform message” to policymakers in Brussels.

Indeed, it was a UK pensions industry figure — Joanne Segars — who was the point person for a lot of this as chair of PensionsEurope for three years amid a 10-year involvement with the Brussels-based body.

“This natural partner will soon be leaving the room, however,” PGGM says. “That weakens our voice in the Brussels decision-making process.”

It’s a sentiment echoed by Jerry Moriarty, CEO of the Irish Association of Pension Funds. He says Ireland worked with the UK in Brussels, and to some extent hung onto its larger neighbour’s coat tails as a fellow trust based system. Without the UK, he says there is a danger that Ireland’s voice could get lost.

And it comes as European legislators, PGGM says, are “busy drafting regulations for sustainable investing and financial supervision while the IORP II Directive now must be implemented” – referring to the revised Institutions for Occupational Retirement Provisions directive.

The legislation stipulates that “where relevant” schemes should consider “risks relating to climate change, use of resources, the environment, social risk, and risks related to the depreciation of assets due to regulatory change (‘stranded assets’)”.

It’s ironic that the UK is one of the EU members that has transposed the directive into national legislation – many have not, including Sweden, France, Ireland and Spain. The deadline passed last month but the UK is not among the laggards.Indeed, Brits were to the fore when the IORP directive, a piece of legislation that was years in the making, first made its tortuous way onto the statute book back in 2003, with UK MEPs John Purvis and Theresa Villiers closely involved.

“It is always good to have an ally that is taken seriously on the geopolitical stage.”

In a series of articles, it has looked to France, Denmark and Germany. It sees France, where it has c.€15bn invested, as “a promising country, offering investment opportunities in green government bonds as well as in businesses, the road network and public transport”.

“If we can agree on shared interests and challenges for sustainable investments in an EU context, it may become possible to create understanding in other areas as well and eventually to forge collaboration. The upshot is that it becomes easier and more attractive to do business, for example in France, allowing us to provide a good pension and enabling us to act on implementing the Paris Agreement.”

And Denmark’s greater pensions flexibility “could teach us a thing or two”. Indeed, PGGM reckons Brexit “makes it even more important for the Netherlands and Denmark to bundle their efforts to promote strong and adequate pensions”.

PGGM also looks across the border at Germany and references a cross-border pension information initiative called TTYPE launched in 2013 by the Dutch, German, Belgian, Danish and British pension sectors.

This led to recommendations to the European Commission about a voluntary European pensions Tracking Service (ETS). This is now going forward with extra EU funding and a working pilot due for development.

It’s not just about information, as PGGM notes the plan “will also link national pension tracking services, which will give participants a clear idea of their accumulated pensions in at least five member states” – although whether the UK will be part of this is unclear.

But PGGM speaks of a “focused alliance” to make major problems manageable and to solve them together.

“Irrespective of whether the focus is on pensions communication, an adequate pension or sustainable finance, a pragmatic and realistic approach will allow countries to keep learning from one another and bring about more joint interest in Europe.”