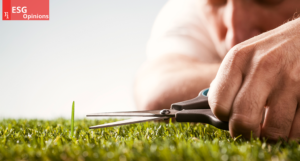 It is easily one of the most popular phrases in sustainable finance or ESG investing. “Don’t let the perfect be the enemy of the good!” The idea is that one of the core debates within our community is that some people advocate for the good and others for the perfect and that the two are somehow in conflict with one another, the perfect a threat to the good.

The problem is that framing debates this way is deeply corrosive to discourse.

First, it suggests some sort of common understanding of what is ‘good’. Rather than debating what is actually good and what is perfect, it suggests we all agree on the two and now we have just have to decide on the best strategy between them. But when I follow NGO campaigns and their arguments, most of them don’t think the ‘good’ is ‘good’ to begin with. What NGOs are often saying is that the bad is the enemy of the good. The discussion is a reminder of the mountaineer needing to take five steps to save himself from an avalanche and only taking two, hollering over to us on the safe side that we shouldn’t let the perfect be the enemy of the good.

Second, we also don’t agree on what is ‘perfect’. Framing the other side of the debate as perfect suggests it is by design unattainable, wishful thinking. Here is perfect: A global mandatory disclosure system implemented 100% comparably across all jurisdictions covering all companies and financial institutions and all relevant metrics, tracking real-world impact, coupled with perfectly comprehensive fiscal and regulatory incentives that ensure alignment of all financial flows immediately with climate goals. Who is arguing for that as a realistic outcome? And do people actually think that would be perfect even if it would serve the perfunctory role of meeting the Paris Agreement. At best, the debate is whether the better is the enemy of the good.

‘Why are we trying to shut down the voices that push the envelope and the frontier?’

Which leads to the final point: why do we think the perfect could be the enemy of the good to begin with? What exact harm are we fearing will be done to the good? People advocating outside of the Overton Window typically are instrumental in pushing it forward. Why are we trying to shut down the voices that push the envelope and the frontier?

I understand the worry to a degree. We need to all pull together to advocate for the sustainable finance agenda, not give ammunition to those seeking to sabotage the good. We should not let shortcomings excuse inaction. The truth is there are cases where the ‘better’ (or perfect) can be the enemy of the good. Investors and banks not doing climate scenario analysis until scenarios and data are perfect is a good example. But more often than not it is not the better that is to blame but bad faith arguments. And sometimes it might make sense to take two steps forward tomorrow rather than one step in the wrong direction today. Sometimes the good is the enemy of the better too.

Consider another way to think about it. It is no secret that I spent the better part of my career in sustainable finance advocating against financed emissions and in favour of forward-looking scenario analysis and portfolio alignment metrics. In 2013. In 2014. In 2015 and so on. Over time, we were able to contribute to mainstreaming portfolio alignment and scenario analysis metrics and approaches, in TCFD, in regulation and in practice. And carbon footprinting entered a stage of secular decline…except that it didn’t! It has never been applied by more financial institutions than today, never been more successful, never more standardised, despite the rise of portfolio alignment metrics.

Or perhaps because of it? It seems we are now in a world where the two (and more) ways to think about measuring climate will coexist. A rigorous debate I believe has improved how financed emissions methodologies are applied today, has created accountability, dare I say competition and ensured that we are not in the world of 2013 where analysis was limited to a few leaders and almost all of it was backward-looking. Maybe perfect (or better) was actually not an enemy, but a friend?

Saying that we shouldn’t make the perfect the enemy of the good is not an argument on substance, but on form, on strategy. It doesn’t illustrate what is good, what is bad, what is better, or what is perfect for that matter. And it doesn’t actually tell us about the trade-offs between them, which are real and which should be considered. And, what is perhaps even worse, I don’t think it convinces people, it doesn’t win over minds and it doesn’t win over hearts. And that is perhaps its most cardinal sin. That is why we need to stop saying it. 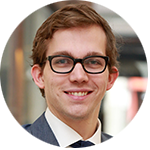