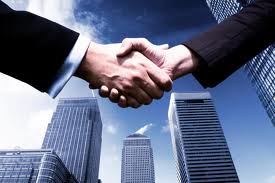 As some of you will have read in the Financial Times, CCLA has been building an “Aiming for A” coalition. This includes some of our fellow mutuals in the UK fund management industry and influential UK asset owners, including the £100bn Local Authority Pension Fund Forum (LAPFF) and the largest members of the £12bn Church Investors Group. In a nutshell, we’ll be asking 10 major UK-listed utilities and extractives companies to aim for inclusion in the Carbon Disclosure Project’s (CDP’s) Carbon Performance Leadership Index (CPLI). This will probably involve filing supportive shareholder resolutions for AGMs occurring after September 2013.
The underlying methodology for CDP’s disclosure scores and performance bands was developed with advice from their global advisor, PwC. Over time it is anticipated that sectoral methodologies will also be developed. In their 2011 Global 500 Report CDP stated that their Carbon Performance Bands aim to reflect “the ambition and success of a company’s short and long-term actions to mitigate climate change”.
There are several reasons why asset owners and mutuals like CCLA have come together to support companies in their efforts to improve their response to the anticipated low-carbon transition and ultimately reach the CPLI. These range from systemic risk management and our collective fiduciary duty to engage in transformational change, through to amplifying long-term investor voices and involving ultimate beneficiaries. I can still remember where I was when the kernel of “Aiming for A” popped into my head.In the rest of this article I’ve outlined some of the conversations and RI conundrums that probably led to that moment of insight as I walked through Clerkenwell from CDP’s offices back to the heart of the City of London.

Firstly, thanks to Mercer and Carbon Tracker’s seminal 2011 work, horizon-scanning investors are aware of the risks of public policy uncertainty and stranded assets to their portfolios. The International Energy Agency (IEA) has also warned policy makers that “the door to reach two degrees is about to close. In 2017 it will be closed forever”. Major energy technology transitions, like that envisaged by the IEA, are rarely smooth. Rapid bumpier ones tend to pose more risks to investors, because it’s hard to build a portfolio that is resilient to draconian policy action that is introduced quickly. The macro prudential risks are building. These could come home to roost sooner than we think. For example, if a major climate-related incident seriously disrupts a major economy this decade, politicians could move rapidly from debate to action.

Secondly, this is, of course, a collective action problem. How long should investors wait for someone else to lead? Shouldn’t we find the courage to help co-lead the economic transformation required? In July I joined a small meeting with two of the economists at the Grantham Institute at the London School of Economics (my own alma mater). We were discussing the wicked nature (in a Charles West Churchman sense!) of climate change (including the near term costs and the much

longer-term benefits of responding), when one of the economists noted that we’re facing a multi-decade collective stewardship challenge. Companies recognise this too. In a recent Sustainability Report, Shell reported that “[Our] own scenarios, updated in early 2011, describe the profound developments expected in the world’s energy system to 2050. They call for heightened collaboration between civil society, public and private sectors to address the economic, energy and environmental challenges the world is facing”. In summary, investors need to work with their investee companies and policy makers to enable a low-carbon transition.
Thirdly, I remember a fleeting conversation with Peter Montagnon (Financial Reporting Council) in March last year about how easy it is for long-term investors’ voices to be drowned out in the short-term noise from the financial markets. We were talking about carefully planned collective engagement with the banks prior to the financial crisis. Were the signals from some of UK’s largest long-term institutional investors simply drowned out through lack of amplification? Earlier that quarter I’d been involved in lengthy discussions with Julie Tanner (Christian Brothers Investment Services) about the different roles shareholder resolutions play in the UK and the US. These conversations led me to wonder if supportive shareholder resolutions could play a high-profile positive stewardship role in the UK. Could they help amplify long-term investors’ requests, to the companies that we expect to hold in our portfolios for many years, about the need to balance the short- and longer-term aspects of shareholder value creation?Fourthly, ultimate beneficiaries can find it very hard to influence the activities of their fund managers. Mutuals are one answer to this issue. CCLA is majority-owned by the two largest SRI Funds in the UK: the CBF Church of England Investment Fund and the COIF Charities Investment Fund. We respond to clients’ needs through the Church of England Ethical Investment Advisory Group and our three-yearly charity client surveys. “Aiming for A” will mean that individual investors will also be able to ask their pension providers, insurers, ISA and other investment managers, how they voted on these critical shareholder resolutions. As Martin Taylor, chief executive of the Royal Society of Arts said in his 2008 UKSIF Annual Lecture “citizen engagement is the key to accountability in the financial system”.
If you are interested in joining “Aiming for A” or replicating it in another country do get in touch. The UK’s Kay Review concluded: “the principal role of equity markets in the allocation of capital relates to the oversight of capital allocation within companies rather than the allocation of capital between them. Promoting good governance and stewardship is therefore central, rather than incidental, function of UK equity markets.” As Al Gore reminded asset owners and fund managers gathered in St Paul’s Cathedral last Friday, future generations “will ask of us, what were you thinking? Was your attention focused elsewhere? They’ll ask if we rose to the difficult challenge we face.”

Helen Wildsmith is Head of Ethical & Responsible Investment at CCLA