Responsible Investor
Home Hot Topics Will Brexit throw a spanner in the works of the UK’s green...
Return to search
Institutions 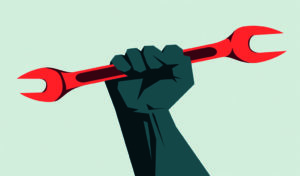 The UK created the world’s first state-backed Green Investment Bank eight years ago. A year later, it introduced a Carbon Floor Price to prop up the floundering cost of carbon under the EU’s Emissions Trading System. Since then, it has continued to show leadership on climate, with ground-breaking net zero carbon emissions targets, the co-creation of the Taskforce on Nature-related Financial Disclosures and the Department of Work and Pensions consulting on whether to implement the recommendations of the Taskforce on Climate-related Financial Disclosures.

But then there is Brexit. As the deadline for the UK’s transition out of the EU looms, news that the Government plans to undermine the Withdrawal Treaty has forced Brexit back onto the agenda and threatens to throw a spanner in the works for many national agendas, including green finance.

The EU has positioned itself as the global leader on sustainable financial regulation, through its Action Plan on Sustainable Finance and the upcoming sequel, the Renewed Strategy. But there are growing concerns that, as the UK leaves the union, it could diverge from these new European standards, leaving investors and companies vulnerable to multiple, fragmented expectations.

“We want to make sure greenwashing is dealt with effectively. Some people believe that by not accepting the EU approach, other jurisdictions are somehow not going to deal with the problem; but we might find a more efficient way" – Ben Caldecott

“If the UK decides to diverge from the EU on sustainable finance regulation – unless it’s well aligned – it could cause issues for UK financial institutions with EU business,” says Jon Dennis, Senior Sustainable Finance and Corporate Risk Specialist at WWF-UK. “If there is inconsistency, it will create unwanted uncertainty in an already uncertain situation.”

Already, the UK has delayed its decision on whether to adopt the EU’s flagship sustainable finance project: the ‘green taxonomy’ that identifies business activities that credibly support the Net Zero by 2050 goals. Dennis describes that delay as a “warning sign”, saying: “Hesitating for even six months on the Taxonomy regulation means you’re already behind, and you can’t claim green leadership.”

But the UK has been careful to point out that its ambition on climate finance isn’t dependent on simply adopting EU policy. Last month, Economic Secretary to the Treasury, John Glen, spoke to the UK Investment Association about strengthening the country’s position as a “leading global financial centre” for responsible investment, promising to “match the ambition of the EU Sustainable Finance Action Plan” – not to copy it.

This was echoed by the UK Sustainable Investment Forum, which – concerned by the lack of concrete action by government – penned a letter to Treasury this summer, calling for an Act of Parliament to be introduced to “create an EU version of the EU’s sustainable finance reforms”.

Ben Caldecott, COP26 Strategy Advisor for Finance and Founding Director of the Sustainable Finance Programme at Oxford University, says the EU’s policy initiatives on sustainable finance “shouldn’t be viewed as the only option”, describing the taxonomy as “poorly conceived”.

“Consumer preferences on things like net zero and single use plastics have evolved quickly, and that should be met with market innovation, not held up by codification by committee.”

He believes the UK can now head in a different direction, using Brexit as an opportunity to create an environment that fosters market innovation and competitive advantage.

“We want to make sure greenwashing is dealt with effectively. Some people believe that by not accepting the EU approach, other jurisdictions are somehow not going to deal with the problem; but we might find a more efficient way of achieving better outcomes by using principles-based regulation.”

Other areas where the UK could diverge from incipient EU policy include fiduciary duties, sustainability-related disclosures, ESG and low-carbon benchmarking standards, green bond standards and changes to the way retail investors are sold impact products.

On the topic of fiduciary duty, Ingrid Holmes, Head of Policy and Advocacy at Federated Hermes, says there is also room to surpass progress in Europe. “Given that the UK is not currently considering implementing the same rules as the EU, it could come up with something that’s broadly harmonised in terms of the direction of travel, but actually has a stronger impact,” she says. “If the UK ends up writing something that’s better than the EU, then we’ll become the de facto standards setter.”

COP26 also presents a massive opportunity for the UK to show leadership on green finance. The country is hosting the crucial climate negotiations next year, in partnership with Italy, and has made it clear that private finance will be a bigger part of the discussions than ever before.

In January, Prime Minister Boris Johnson appointed then Governor of the Bank of England, Mark Carney, as his Finance Adviser for COP26. Carney also serves as UN special envoy for climate action and finance.

In February, ESG heavyweight and Chief Responsible Investment Officer at Aviva Investors, Steve Waygood, called for the establishment of a climate finance body to push the agenda at the COP26. Carney has now launched the ‘COP26 Private Finance Agenda’, pushing companies, banks, insurers and investors to adjust their business models to help finance the transition to a low-carbon economy.

COP26 was supposed to happen in 2020, but the COVID-19 crisis meant it was pushed back a year, to 2021. Even before the pandemic, though, the UK didn’t seem to be ready for the summit, and many criticised the government for not taking the event as seriously as previous hosts – partly because of a preoccupation with Brexit.

In January, the UK’s former energy minister and president of the summit, Claire O’Neill, was abruptly sacked. She penned a furious open letter to the Prime Minister in the aftermath, saying the UK was “miles off track” from reaching its climate goals. “The Cabinet sub-committee on climate that you promised to chair, and which I was to attend, has not met once,” she claimed. “The COP Delivery unit, led by and staffed by some of the best and brightest people Whitehall has had to offer and supported by an all-star Advisory Group of global climate leaders has had to battle for every resource, jump through every possible internal process hoop and been prohibited from hiring in outside talent with appropriate experience,” she continued.

O’Neill’s replacement, UK Secretary of State for Business, Energy and Industrial Strategy Alok Sharma, was recently quizzed by representatives of five House of Lords EU sub-committees on progress, and said the government is “getting into a rhythm when it comes to COP. We haven’t stopped our international engagement.”

When it comes to financing net zero targets, he said: “We want public and private financial institutions globally to commit to net zero and we want them to use Paris Agreement methodologies and set science-based targets and transition plans. We are seeing progress. That is an agenda that is taking off.”

WWF’s Dennis says that, although the coronavirus crisis has pushed the climate negotiations back, it may actually boost momentum for COP over the longer term. “The links between climate change and the pandemic are very clear, and the pandemic has affected the way the whole world functions. We now have a collective, shared memory of what happens if we don’t take into account systemic risks. This narrative could act to create a real sense of urgency around COP26 next year,” he says.

But, for now at least, there are still major worries that Brexit – and the pandemic – have led to neglect of the green agenda. Greener UK, a coalition of environmental organisations, warned recently that, despite assurances, the UK government has not included a commitment to maintaining existing environmental standards in its Environment Bill, which sets a framework for establishing legally binding targets on water, air, biodiversity and waste.

It also said that the country risked failing to meet its climate goals, and that the current Brexit negotiations threatened weaker environmental policies on air pollution, water, waste and resources, energy and biodiversity.

“Brussels is a well-oiled institutional machine with the huge resources necessary to lift such heavy legislation,” says Dennis. “Now that the UK is no longer a part of that machine, building its own regulatory, institutional and administrative capabilities to match and exceed those of the EU will be a huge challenge.”