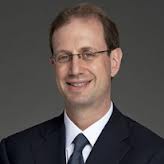 Wiseman will take over as head of the $4.74tn institution’s global active equity business and as chairman of BlackRock’s Global Investment Committee, a subgroup of the firm’s Global Executive Committee focused on governance and oversight of its investments, from early September 2016.

In his new role, Wiseman will report to BlackRock president Robert Kapito and oversee a team of 350 asset managers in the Americas, EMEA and Asia Pacific, who between them are responsible for more than $275bn of equity investments. He will also co-chair the firm’s alternatives platform, BlackRock Alternative Investors, with current heads Mark McCombe and Matt Botein.

Wiseman has been with CPPIB for 11 years, serving as president and CEO since July 2012, prior to which he headed up the fund’s investment activities.

Wiseman linked up with McKinsey’s Global Managing Director Dominic Barton to launch the Focusing Capital on the Long Term project in 2013, which worked to promote long-term behaviour at institutional investors and companies.

Since its inception, the project has attracted support from big asset management names, including the Ontario Teachers’ Pension Plan (OTPP) and BlackRock itself, as well as companies such as Unilever. Last March, and with input from 24 investment professionals from some of the world’s best-known institutions, the coalition published a white paper that detailed five measures investors could take to advance long-termism.At present, it is not clear whether Wiseman’s association with the project will continue. At time of writing, CPPIB was publishing its annual results and as a result unavailable for comment.

Taking over as CEO at CPPIB is Mark Machin, the pension fund’s former senior managing director and head of international. Machin worked for 20 years in Goldman Sachs’ Asian division, during which time he spent six years running the bank’s Investment Banking Division.

Wiseman, ranked as Canada’s second most powerful business person in 2015, described his decision to leave CPPIB as “extremely difficult”. He will serve as a senior advisor to the fund’s board of directors until September, though will no longer be involved in its business operations.

BlackRock’s Kapito said that Wiseman is “perfectly suited” to lead his firm’s efforts to improve investment performance, while CEO Larry Fink said his team was “thrilled to bring an executive of Mark’s stature” on board.

Closer to home, Fink’s pay packet will come under scrutiny ahead of the fund giant’s AGM in New York on May 25. Though OTTP and the Texas Teacher Retirement System plan to vote in favour of the remuneration received by BlackRock’s executives, Glass Lewis is recommending that its investor clients vote against ratifying the pay.

In addition, a shareholder resolution filed by the Stephen M Silberstein Revocable Trust also calls for a report into pay practices at the institution, urging other shareholders to convince the company “to shift away from its lax approach to overpaid CEOs.” In 2015 Fink was paid a total of $25.8m, an 8% increase on his 2014 salary.