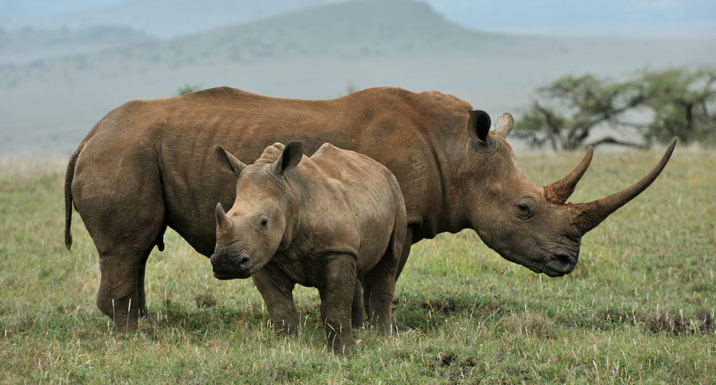 The World Bank has said it “definitely expects” to come to the market in 2023 with a repeat of the structure of its novel rhino bond, which saw investor payouts linked to the success of two rhino conservation projects in South Africa.

Michael Bennett, head of market solutions and structured finance at the bank, told Responsible Investor that it was “definitely looking” to replicate the structure next year.

The original $150 million deal, where investors forewent a fixed coupon in return for a success payment at maturity based on the growth rate of rhinos at the two projects which were funded by the redirected coupon payments, saw “huge publicity” at launch in March, Bennett said.

The two leads, Credit Suisse and Citi, build a book of around 12 investors. Nuveen was the largest, but AllianceBernstein, ASN Impact Investors, Mackenzie Investments and high-net-worth individuals from both banks’ wealth management arms also took part.

The World Bank is now calling the structure an “outcome bond”. Bennett said that the bank has had a lot of enquiries about other species, and is also looking at slightly different formats.

“There’s a number of species type initiatives, and I think some of those will come to fruition because there is a lot of interest,” Bennett said. “But we don’t want to limit this in any way to being an animal structure.”

The bank is looking at replicating the structure in the area of food security and health. One example under consideration would use the coupon payments to fund maternal health projects, with the key performance indicator being growth in the number of pregnant women receiving basic healthcare services in a certain country.

Structures such as conservation or health projects which don’t generate revenue mean that the World Bank has to rely on a donor to provide the investor payouts. This structure can be relatively attractive for donors, as they only contribute if the project has an impact. Bennett said the bank was also investigating revenue-generating projects.

The main idea currently being looked at is projects which might generate carbon credits.

“We take what would otherwise have been the coupon of the bond and use it to support a project just like we did with the rhinos,” explains Bennett. “But in the rhino case, the project wasn’t expected to pay anything back.

“In the case of a carbon-linked bond, maybe the project gets the money up front, but is expected to pay back in the form of carbon credits produced by the project. And those carbon credits then become a source of repayment of the coupon and maybe an additional principal payment on the bond.”

The World Bank is conducting extensive investor research in preparation for any new deal. Bennett said this includes previous investors, ESG funds which turned down the bond and investors who came to the leads after the sale and said they would have bought the bond if offered.

“For some of them, what they didn’t like was the uncertainty,” he said. “They weren’t sure it was really going to happen. Now it’s happened, I think they’ll be much more likely to participate in the next one.”

Bennett said that the World Bank had gone through a long marketing process for the original deal, and a “huge” amount of investor education was required.

“We were selling this as a real investment product and not a charitable product. Although it’s a contingent return, it does pay potentially a return higher than regular IBRD bonds, so it was meant to attract real investors, and those investors wanted to fully understand their risk.

“The lucky thing about this kind of bond is the investors wanted to be associated with it.”

The blue bond space is also set to see significant growth over the coming year, according to Suzanne Johnson, a senior adviser on oceans to the UN Global Compact (UNGC).

“We’re starting to see a lot of interest in blue,” she said. “On the corporate side, on the sovereign side and from the financial institution side. It’s picking up, and that’s very encouraging.”

In November, Brazil’s BRK Ambiental issued the first wastewater blue bond, for around $365 million in local currency. Johnson expects more deals in the format to come to market.

On the sovereign side, a number of small island developing states in the Caribbean have shown interest in blue bond structures, Johnson said, with one Caribbean issuer in the advanced stages of a deal. Mexico and Indonesia are also looking at blue bonds, while India is developing its own sustainable finance regulation to include the blue economy and “conceivably from that could come a blue bond”.

The UNGC is part of a working group which also includes ICMA and the Asian Development Bank. The group is creating a separate set of blue bond guidelines, and Johnson said these could be expected within the first half of 2023, following a consultation on draft guidance this year.

“All parties there, especially the multilateral development banks, are seeing a build-up in the pipeline, including in the private sector,” she added. “It’s picking up quite a lot.”