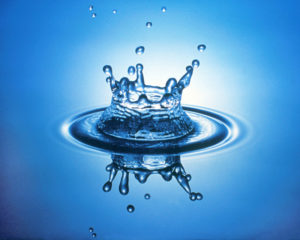 Canada’s C$270bn (€186.7bn) Caisse de dépôt et placement du Québec and SUEZ, the French utilities giant, have agreed with US industrial giant General Electric to acquire its Water & Process Technologies business (GE Water). The deal values GE Water at c.US$3.4bn; CDPQ will invest over US$700m for a 30% stake while SUEZ will take a 70% stake. “Long-term demand for water treatment equipment, chemicals and services are expected to remain strong both as a consequence of growing water scarcity and the impact of global warming on the water cycle,” CDPQ said – adding the transaction was “a way to generate long-term value”.

CalPERS, the $310bn Californian public pension fund, has reportedly invested $30m in Willow Springs Water Bank, a natural aquifer located on the edge of the Mojave Desert that can hold a reported 500,000 acre-feet of water. California is in its 6th year of drought and the investment in water by an institutional investor in the region is seen as significant by experts.

Water.org, the US-based non-profit developmental aid organisation co-founded by film star Matt Damon, plans to open its new WaterCredit Investment Fund 3 (WCIF3) to investors by April 2017. The fund, which aims to raise $50m by 2018, will invest in microfinance institutions and enterprises serving the water and sanitation needs of the poor. Focusing on India, Indonesia, Cambodia, and the Philippines the fund hopes to help provide safe water and sanitation solutions to 4.6m people over seven years. Link

German development agency Deutsche Gesellschaft für Internationale Zusammenarbeit (GIZ) and Natural Capital Finance Alliance (NCFA) have this month launched a drought specific environmental stress testing tool. The new analytical framework allows banks to quantify and assess the potential impact of ‘drought events’ on the performance of their corporate loan portfolios. Water scarcity is reportedly regarded as one of the top three potential risks to financial markets in the World Economic Forum’s Global Risks Reports. The tool has already been launched in the US, China, Mexico and Brazil, and will be launched in London on April 7.

The European Investment Bank (EIB) has agreed to provide €50m to improve and expand the sewage networks across the Sri Lankan capital Colombo. The EIB hopes that the loan will aid the realisation of the country’s sustainable development goals (SDGs) and improve the lives of the city’s inhabitants.BNP Paribas Investment Partners has revealed that its Aqua funds, which invest in companies that implement water treatment and water recycling solutions, is approaching €2bn in assets under management. The funds, whose management is delegated to Impax Asset Management, includes BNP Paribas Aqua and its feeder fund BNP Paribas Aqua L1 Equity World Aqua (€1.6bn combined), and Parvest Aqua (€275m).

Environmental data firm Trucost has teamed up with Microsoft and US water technology company Ecolab to create a publicly available financial modelling tool that monetises water risks. The tool enables businesses to factor current and future water risks into their decision-making. Water related impacts cost companies a reported $14bn in 2016.

A new report from environmental data body CDP shows that European companies need to do more towards corporate water stewardship, saying the disparity is growing. Catching up with the leaders: Accelerating corporate water stewardship in Europe analyzed water-related data from 121 European companies. It reveals a growing disparity between the few leading companies and those who are lagging in key areas of water management, creating risk for themselves as well as investors. The CDP is backed by 634 investors globally with €65 trillion in assets.

The California Infrastructure and Economic Development Bank’s (IBank) Board has unanimously approved the public offering of $450m in tax-exempt green bonds to assist the State Water Resources Control Board (SWRCB) provide low-cost financing for critical Californian water projects through its Clean Water State Revolving Fund. At the end of this offering, which is expected to close shortly, IBANK will have sold more than $860m in green bonds in the past year – making it the largest government agency green bond issuer in the State of California. IBank previously issued over $410m in green bonds on behalf of the SWRCB in April 2016.

Federica Mogherini, the UN’s High Representative has taken the occasion of World Water Day to reiterate the European Union’s commitment to achieving access and sustainable management of water and sanitation for all. Currently 1 out of 10 people in the world still lack access to safe water – a basic human right, and 1 out of 3 people lack access to adequate sanitation facilities – a situation that is likely to be exacerbated in the future by climate related stresses.