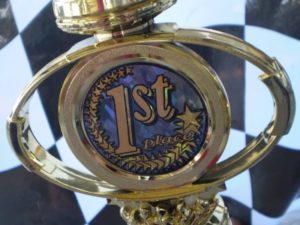 AP4 and FRR are the public pension funds most aligned with the recommendations of the Taskforce on Climate-related Financial Disclosures (TCFD), according to a new study, with more than 30 of the world’s biggest schemes showing “no evidence of responding to climate change”.
The Swedish and French heavyweights scooped the top rating (AAA) in the research, put out by ShareAction’s subsidiary the Asset Owners Disclosure Project (AODP).
ShareAction absorbed AODP last summer, and today launched what it claims is the first ever public assessment of pension funds’ alignment with the TCFD recommendations.
Looking at the 100 largest public pension funds internationally, the findings are based on data, public disclosure and the results of a 27-question survey, looking at proprietary investment activity. The questions follow the TCFD’s core recommendations: Governance, Strategy, Metrics & Targets and Risk Management.
Along with AP4 and FRR, top scorers include the New York State Common Retirement Fund, ABP, Varma, Norges Bank Investment Management, the UN pension scheme, AP3 and Ilmarinen. These make up the nine pension funds to secure A-class ratings (AAA, AA or A).
Although the ‘A’ scorers are almost all European, there is more regional diversity when it comes to the ‘B’ category, whose 18 schemes include Australia’s First State Super and AustralianSuper; Canada’s Public Service Pension Plan, Quebec Pension Plan and Quebec Government and Public Employees Retirement Plan; and California’s CalPERS and CalSTRS.
Three other Swedish buffer funds, AP7, AP2 and AP1, are also BBB or BB scorers, while the Netherlands’ PFZW (mainly managed by pension giant PGGM), BPF Bouw, PME Pension and PMT are also in the list, alongside Denmark’s ATP and PFA Pension, and Finland’s Keva.Despite being considered leaders in climate and sustainability investing, Sweden’s biggest pension fund, Alecta, Japanese giant GPIF and the UK’s Universities Superannuation Scheme all find themselves in the ‘C’ category, along with the Canada Pension Plan Investment Board (which set precedent when it issued the first pension fund green bond recently) and the New York City Employees’ Retirement System.
The disparity between Europe and North America becomes clearest in the lowest scoring category, D, which comprises almost 50% schemes from the US and Canada, with others countries including Japan, Australia, Brazil, the UK, Korea, Malaysia and Germany.
Nearly one third of the 100 schemes provided “no information” and “show no evidence of responding to climate change”. These funds were awarded an ‘X’ score. Those pension funds that declined or ignored requests to complete the questionnaire had results created from public data, with a right to reply before publication.
The findings also revealed that less than 1% of assets of the 100 funds are invested in low-carbon solutions, and just 10% have a coal exclusion policy.
AODP plans to issue three more reports on the pensions sector. Earlier this year it ranked the world’s 80 largest insurance companies.
For full details of the first study, see here.