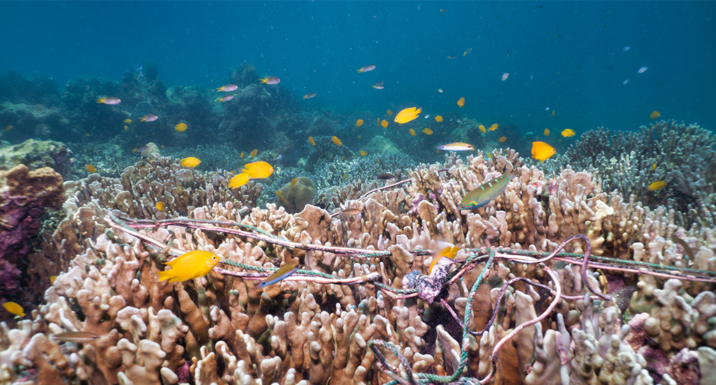 Influential central banking body the NGFS will step up efforts to tackle “nature-blind financial flows”, warning that “failure to account for environmental impacts not only leads to an underestimation of nature-related financial risks but also to their amplification”.

Formally known as the Central Banks’ and Supervisors’ Network for Greening the Financial System (NGFS), the group’s 108 members include the US Federal Reserve, the People’s Bank of China and the key banking supervisors for Europe – the ECB and the EBA.

It announced plans yesterday to form a taskforce to help global supervisors better understand the implications of, and interlinkages between, different nature-related risks, such as climate change and biodiversity loss.

“The NGFS is of the view that nature-related risks, including those associated with biodiversity loss, could have significant macroeconomic implications, and that failure to account for, mitigate, and adapt to these implications is a source of risks for individual financial institutions as well as for financial stability. Recent work on the notion of nature-related financial risks confirms that there is ground for considering the impacts and dependencies on nature, including biodiversity and ecosystems, as a source of material risk from a macroeconomic and financial stability perspective,” it said in a statement.

“The NGFS is therefore of the view that nature-related risks are relevant for central banks and supervisors: given the macroeconomic, macroprudential and microprudential materiality of nature-related financial risks, such risks should be adequately considered for the fulfilment of their mandates.”

The group said a “scientifically-grounded” analytical framework should be developed, along with scenarios for financial stability assessments and “sustainable finance standards”.

The announcement comes on the back of a report warning that creating biodiversity scenarios will throw up a new set of challenges for financial institutions that are still getting to grips with climate-based scenario analysis.

NGFS has been working with International Network for Sustainable Financial Policy Insights, Research and Exchange (INSPIRE) to explore how central banks and supervisors can fulfil their mandates in the context of biodiversity loss.

Its latest findings are the final outcome of a year-long project, which has already seen the group call on supervisors to develop scenarios and stress tests to help assess the degree to which financial systems are exposed to incremental biodiversity loss and more sudden shocks.

It reflects on lessons the industry could learn from the intense work undertaken in recent years on climate scenarios, but noted: “While the design of climate-and biodiversity-related risks share some characteristics, there are unique challenges in constructing a biodiversity scenario analysis.”

It warns that “biodiversity impacts may materialise sooner than those of climate change” and that a lack of targets and metrics for biodiversity – equivalent to climate’s 1.5 degrees goal – is also a hurdle.

“Uncertainties and non-linearities in terms of biodiversity-related risks [make] consistent and comprehensive scenarios on the future evolution of ecosystems difficult to build,” it adds.

Biodiversity considerations could be folded into existing climate scenarios as a starting point, the authors suggest, but “independent” models will ultimately be necessary because “most biodiversity loss is due to causes other than climate change”.

In related news, the Platform on Sustainable Finance that is advising the EU on its green taxonomy looks set to stand its ground on the role of biodiversity-related carbon offsetting in the framework. A draft of the group’s recommended technical screening criteria, seen by RI, sees it reject the use of biodiversity offsets (through which companies fund external conservation projects to compensate for business activities that harm wildlife and natural habitats) as an eligible activity under the taxonomy.

“Biodiversity offsets are explicitly excluded because they represent the ´last resort´ measures that can be taken to limit any negative impacts on biodiversity following the full application of the mitigation hierarchy. Therefore, it seems obvious to associate offsetting to a DNSH requirement and, as such, not sufficient to determine a SC,” the report claimed.

The Platform first raised their concerns on biodiversity offsets in their draft report, published last year.