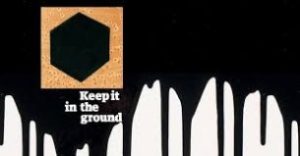 The Wellcome Trust, the UK’s largest charitable foundation, has responded that it “engages” with the companies it invests in on climate change, after a major public campaign aimed at institutional investors launched by influential UK newspaper, The Guardian, called on it to divest from fossil fuels. The campaign has received more than 60,000 signatures of support in the last 24 hours.
The Guardian’s ‘Keep it in the ground’ divestment campaign launched yesterday with a headline call on The Wellcome Trust and The Bill & Melinda Gates Foundation to sell their fossil fuel assets, arguing that they contradict their medical and development missions.
The paper also urged whistle blowers in fossil fuel companies to disclose information on “internal discussions and papers about the state of knowledge and debate about the environmental harm caused by the extractive industries”.
Alan Rusbridger, The Guardian’s Editor-in-Chief wrote: “the divestment movement has changed from being a fringe campaign to something every responsible fund manager can no longer ignore.”
Rusbridger cited a number of high-profile figures that have warned that much of today’s fossil fuel reserves are unburnable, including the Governor of the Bank of England, Mark Carney, and US President Barack Obama.
Rusbridger said: “The usual rule of newspaper campaigns is that you don’t start one unless you are going to win it. This one will almost certainly be won in time: the physics is unarguable. But we are launching our campaign today in the firm belief that it will force the issue now into the boardrooms and inboxes of people who have billions of dollars at their disposal. It’s clear, from our research over the past few weeks, that many company directors and fund managers have had a nagging feeling that this is something coming up the agenda that – one day – they will have to think about. As the Guardian’s campaign mounts, we hope they will appreciate that there is some urgency about the choices they make.”
The Guardian says its campaign will give readers information on making their own investment decisions and applying pressure. The newspaper says theWellcome Trust has £564m (€783m) invested in Shell, BP, Schlumberger, Rio Tinto and BHP Billiton. It says The Gates Foundation has over $1bn (€940,000m) in fossil fuel companies. The newspaper said it had asked the Wellcome Trust to demonstrate any success in its engagement with companies on climate change, but said it had not received a response.
The newspaper has also called on its owner, The Guardian Media Group, to divest its fossil fuel holdings.
In response to the campaign, the Wellcome Trust said: “Environmental change, including climate change, is one of the greatest contemporary challenges facing our society, and we have made understanding the connections between environment, nutrition and health one of our five key research challenges. This is a highly complex issue which we take seriously in our decisions and on which we engage with policy-makers, researchers and the businesses in which we invest.”
The Bill & Melinda Gates Foundation did not respond to RI enquiries.
The Guardian campaign comes as anger towards Oxford University over its fossil fuel investments mounts. Yesterday, Oxford alumni occupied a university administration building in protest at the university’s decision to defer until May a decision on whether to divest from fossil fuels.
It was expected that Oxford University would make its decision on fossil fuel divestment yesterday at a meeting of the University Council, the university’s highest decision-making body. Students have been campaigning on the issue for over a year.
John Clements, former Director of Finance at Oxford University who now has the same role at People and Planet, a campaign group leading the divestment movement, said: “We are bitterly disappointed about the university’s failure to come to a decision today. Oxford should be leading the move away from investment in all world-destroying fossil fuel companies to more sustainable forms of energy. In the long term these will prove a far better investment, as many finance sector leaders have already realised.”
Link to The Guardian Keep it in the Ground campaign