Responsible Investor
Home News & Analysis Environmental WWF: The three things every finance professional will be talking about at...
Return to search
Environmental 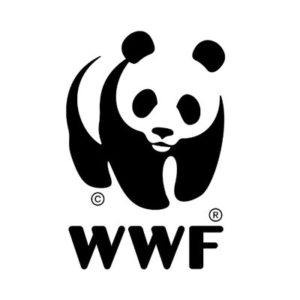 Shifting the trillions
In recognition of the central role that finance will play in achieving the goals set out in the 2015 Paris Agreement, developed nations committed to jointly mobilising USD $100bn a year for climate action in developing countries, by 2020.
Earlier this year, former UNFCCC chief Christiana Figueres launched Mission 2020, which explicitly calls for climate adaptation and mitigation finance to exceed USD $1tn a year by 2020 – $800bn from private, and $200bn from public sources – in order to meet the Paris target of 1.5oC or well below 2oC. With investment in climate finance estimated at $.383tn in 2016, the scale of the financing challenge cannot be overstated.
CoP23 therefore comes in the context of ‘shifting the trillions’ away from fossil fuels and in to low carbon energy sources, and there will be a focus on maintaining the momentum of the Paris Agreement after the US’ decision to withdraw back in June. Indeed, Michael Bloomberg’s recent statement, as well as initiatives such as wearestillin, point to the continued widespread support within the US, despite moves from Washington to the contrary.

1) Reporting on climate-related risks
The Task Force on Climate-related Financial Disclosures (TCFD) released its final recommendations in June;. It is a great market driven initiative and support has come from various sides (with the UK recently endorsing it) but being voluntary they risk lacking teeth to promote real change. It is positive to see France supporting the mandatory element through the expansion of Article 173.
WWF welcomes the TCFD recommendations; particularly those asking companies to publish scenario analysis of climate related risks and opportunities alongside financial accounts. To be truly effective, the TCFD’s voluntary recommendations need widespread adoption, and regulators need to get involved.

We also support work on ISO 14097 to create the first standard for assessing and reporting investments and financing activities related to climate change. WWF is involved in a number of projects related to improved climate related disclosures, including working with regulators and stock exchanges; the development of forward looking tools to test investor portfolio alignment with recognised