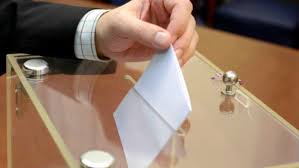 Global delivery and distribution company XPO Logistics is facing accusations of gender bias and sexual harassment in both the US and Europe from workers backed by the International Transport Workers’ Union (ITF).

Last week, a delegation of workers addressed the board and shareholders of XPO Logistics Europe, presenting the AGM with a report on gender bias at the XPO warehouse in Guadalajara, Spain. At the same time, French workers took strike action for the morning of the AGM.

XPO’s US AGM saw a similar delegation that was ignored by the board as workers described ongoing issues with sexual harassment, as well as the death on the warehouse floor of one worker, Linda Neal.

At that same meeting, a shareholder resolution calling for an annual sustainability report to be published received backing of one third of the vote, including Norges Bank Investment Management. The resolution was filed by the pension fund of the International Brotherhood of Teamsters, the US transport union, which has worked closely with the ITF on this campaign.

In its proxy materials, XPO had said it is committed to operating in a sustainable way with regard to the environment, human capital management and governance. It also said that it is now ready to “begin the process” required to create a comprehensive sustainability report – though it advised shareholders to vote against the proposal.The XPO plant in Memphis, Tennessee that is the subject of complaints handles logistics and shipping for cellphone company Verizon. Workers from XPO attended Verizon’s annual shareholder meeting in Seattle last month to demand it pay greater attention to conditions in its supply chain.

The board of Verizon has written to XPO Logistics asking for an investigation into working conditions at its Memphis plant.

“XPO Logistics is a global company and it is important at an international level,” said Veronica Silveira of the ITF, who co-authored the report on gender bias in the Spanish warehouse. “This gives them a greater responsibility.”

Ms Silveira pointed out that although there are official channels for complaints to be made, the increasing precarity of contracts at XPO makes workers reluctant to use those channels for fear they will not have their contracts renewed.

María Gema Mejia Ramos is a worker at the XPO Alovera II site and spoke at the AGM: “I operate the machines, remove pallets and count merchandise, but XPO doesn’t pay me for that category of work. I have the training, but the company doesn’t recognise it.

“There are several women including me, who use the forklift … we have equal jobs and the same conditions of work, comparable and equal. The men are simply making more money than the women.”