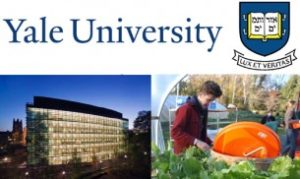 Students at Yale, the Ivy League university, have voted in significant numbers to support a campaign for fossil fuel divestment by Yale’s $21bn (€15.6bn) endowment, according to figures published by the group carrying out the poll. The Yale vote follows similar campaigns at Ivy League peers, Harvard University and Brown University, which have led to statements from their respective Presidents vetoing divestment but backing more developed responsible investment and corporate engagement strategies. Fossil Free Yale, a group pushing for Yale to pull its assets from some of the biggest polluting companies in its 13.6% public equities portfolio, said that a referendum, which closed last night (November 20), had recorded votes from 52.56% of Yale’s undergraduates, of which 83% were in favour of divestment. The New Haven Register reports that for a student referendum to be official at least half of the undergraduate population – or 2,700 of Yale’s 5,400 undergrads – must participate. In addition, votes in favour of the measure must equal at least one-third of the undergraduate population. It means that the referendum results can be taken forward to Yale’s Advisory Committee on Investor Responsibility, which makes recommendations to the Yale Corporation, which controls the endowment. 350.org, the NGO that has been pushing the fossil fuel divestment campaign, says the campaign has spread to over 500 universities, cities and religious institutions across Europe, North America, Australia and New Zealand. It says nearly 50 institutions have already divested, including the UK Quakers, the United Church of Christ in the United States, major cities like Seattle and San Francisco, and a growing number of universities. The Yale student vote comes in the same week as the UN Framework Convention for Climate Change meeting in Warsaw, Poland, which closes tomorrow (November 22).
The student campaign at Harvard led to Drew Faust, President of the university, making a statement saying divestment would be akin to politicising Harvard’s $33bnendowment, which is managed by Harvard Management Company. However, Faust said that as a long-term investor the endowment needed to develop its approach to sustainable investment and said Harvard was “naturally concerned” about environmental, social, and governance factors that may affect the performance of its investments now and in the future: “Such risks are complex, often global in nature, and addressing them effectively often entails collaborative approaches. Generally, as shareholders, I believe we should favor engagement over withdrawal. In the case of fossil fuel companies, we should think about how we might use our voice not to ostracize such companies but to encourage them to be a positive force both in meeting society’s long-term energy needs while addressing pressing environmental imperatives.” At Brown University, the Brown Divest Coal Campaign has been pushing for the endowment to divest from the 15 largest coal companies in America. Christina Paxson, Brown University President, said it had looked at the issue of coal divestment in light of its existing exclusion of tobacco companies, but decided not to act. Paxson said: “The comparison to tobacco is instructive. Unlike tobacco, which arguably has no social value, a cessation of the production and use of coal would itself create significant economic and social harm to countless communities across the globe.  The second question to consider is whether divestiture would help correct the social harm by speeding the transition away from coal. It is clear that divestiture would not have a direct effect on the companies in question.” Paxson said the university would take a number of initiatives on climate change and carbon reduction. She said donors to the university could also invest in its social choice fund mutual fund that applies a negative screen for fossil fuel-related companies.
Link to statement from Harvard University
Link to statement from Brown University