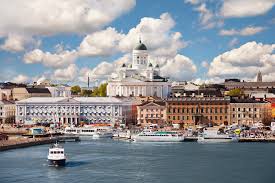 A social impact bond aiming to integrate up to 3,700 migrants and refugees into the Finnish labour market has been launched with €10m support from the European Investment Fund.

The payment-by-results scheme has been announced by the EIF, which is part of the European Investment Bank Group, alongside fund manager Epiqus Oy and the Finnish Ministry of Economic Affairs and Employment.

Under the plan, the Finnish ministry has selected Epiqus which will aim to deliver, via selected social enterprises and social sector organisations, “desired positive social outcomes” by identifying, teaching, mentoring and guiding migrants and refugees to social inclusion in Finland.

It comes amid reports that far-right groups are planning a sea campaign to disrupt vessels saving refugees in the Mediterranean.

The transaction is with Epiqus’ Koto social investment bond (Epiqus Kotouttaminen I), which provides fast-track integration training and employment for immigrants seeking international protection in Finland. Koto 1 is the largest SIB in Europe, with more than €13.5m in investor commitments, and is a qualifying social entrepreneurship fund under the EuSEF regulations.

Helsinki-based Epiqus is a registered provider of EuSEF funds, one of just a handful that have signed up to the European social entrepreneurship funds regulation that was launched in 2014. It says it is a signatory to the Principles for Responsible Investment (PRI), though the PRI has confirmed to RI that the firm was delisted at its own request in 2016.Epiqus launched the first SIB in Finland and the Nordic countries, Epiqus Occupational Wellness I (Epiqus Työhyvinvointi I, or Tyhy-SIB) in 2015.

The plan has the backing of Finland’s European Commission Vice-President Jyrki Katainen, who is responsible for jobs, growth, investment and competitiveness within the EU.

He said: “I wish everyone who is set to benefit from the education and training opportunities to be offered under this scheme, the first social impact bond scheme in Europe, every success in the future.” He would monitor the success of the closely and “hope it can serve as an example for others to follow”.

Separately, a US pay for success (PFS) fund has been launched
. Reinvestment Fund announced the creation of a $10m PFS to support PFS transactions in the country. Australia’s QBE Insurance Group, plans to invest $7 million in the fund.

The move was an “important step” in QBE’s commitment to the development and institutionalization of the market, said CIO Gary Brader – adding it fits in with QBE’s Premiums4Good initiative. This is where it undertakes to invest a portion of selected customer premiums into assets which are socially or environmentally beneficial.