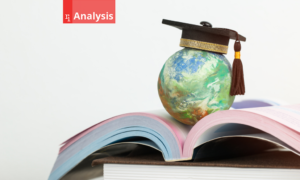 Halfway through 2020, a lot has happened in ESG. But while headlines have been dominated by Covid-related stories about labour rights, tax, the performance of ESG investments and the floundering oil price, another, quieter trend has been emerging.

Some of the world’s most influential and iconic universities have been making big commitments for their endowment funds. After years of student and civil-society campaigns, institutions including Oxford, McGill and Harvard have all pledged to further tighten up the climate considerations of their funds over the past few months.

The moves are a result of a greater understanding of climate-related financial risk, growing reputational risk and more investment options for those seeking lower-carbon portfolios, says Rebecca D'Andrea, Campaigns Coordinator for the UK arm of student campaign group People & Planet.

“The IPCC report, the global climate strikes and the growth of Extinction Rebellion have all made it less acceptable for universities to invest in fossil fuels and, at the same time, it's becoming easier to divest – funds managers now provide fossil-free funds that offer relatively good returns,” she says, adding that rivalry between universities is also a driver: “If Edinburgh has done it, then why doesn’t Manchester?”

According to data from Fossil Free, a project of 350.org, 180 educational institutions globally have now committed to some level of divestment – mainly in the UK and US. It is worth noting that 15 of those listed from the UK did not actually have investment funds when they made their announcement.

Despite the trend, until this year some of the biggest and most influential endowments were lagging, without any solid sustainability strategy. Now, three have entered the ring, with three different approaches that take the climate conversation beyond just divestment for university endowments.

In April, after a campaign from the student-led Oxford Climate Justice Campaign and a resolution passed by the university’s governing body, the Congregation, Oxford’s £3bn endowment fund made some big commitments. It had already excluded coal and tar sands, and has exposure to pureplay sustainability investments like its stake in Osmosis but now it has committed to divesting all direct investment in fossil fuel exploration and extraction companies and restricting new allocations to funds that invest primarily in fossil fuel extraction companies.

In reality, the announcement won’t involve significant changes – only 0.03% of the portfolio was held in fossil fuel public equities, with an additional 0.5% held in private strategies. So perhaps the more interesting part was the commitment to engage its external managers, which run more than 90% of its assets, on decarbonisation.

The engagement will involve the Oxford University Endowment Management working with its third-party managers to request evidence of net-zero business plans across its entire portfolio, including, but not limited to, fossil fuels companies. The strategy is based on the Oxford Martin Principles for Climate Conscious Investment, developed by a research and policy unit of the university in 2018 as a guide for the broader investment community to engage on climate.

Following this there will be an annual review of any remaining fossil fuel investments for “hard” net zero plans – those aligned with the Paris Agreement and research from the International Panel on Climate Change.

“The engagement dimension is first of a kind,” says Ben Caldecott, a leading figure in UK climate finance and the Director of Oxford’s Sustainable Finance Programme. “One of the key things about engagement is the ability to influence others and change norms around certain things, and I think this commitment recognises Oxford's outsized persona among universities globally, so it could be really impactful.”

And there is more to come. A climate expert, selected by the University, will be added to OUem’s Investment Committee to help oversee the new process, and the university will publish a fuller sustainability strategy later in the year.

The second top institution to weigh into the conversation in recent months is McGill University in Canada, which is combining divestment with a commitment to increase its allocation to climate investment themes and use more “responsible” asset managers.

Following recommendations by the Committee to Advise on Matters of Social Responsibility – part of the University’s Board of Governors – the McGill Investment Pool (MIP) will axe carbon-intensive companies from its public equities holdings, an asset class that constitutes more than half the fund. The McGill Office of Investment administers the $1.7bn fund almost entirely through external managers and the university estimates that the move will translate into “a 33% reduction of carbon emissions of the University’s endowment public equity portfolio, relative to the MIP public equities benchmark”.

It will also invest more than $75m into renewables, cleantech, energy efficiency, pollution prevention, sustainable water and other low-carbon strategies, it says. The Committee aims to increase the number of its fund managers that have ESG policies or are signatories of the Principles for Responsible Investment (PRI) – although it says this is already the case for 93% of assets managed.

Another global heavyweight, Harvard University, has also made big moves; although they look very different from those at Oxford and McGill.

Harvard has asked its dedicated investment manager, the Harvard Management Company (HMC), which oversees the $40.9bn fund, to “set the Harvard endowment on a path to achieve net-zero greenhouse gas emissions by 2050 consistent with the stated goals of the Paris Agreement”.

Details are sketchy at this point – already a member of Climate Action 100+, a signatory to the PRI and a supporter of the Task Force on Climate-related Financial Disclosures (TCFD) – Harvard’s next step is to work with its investment managers, which are all external, to establish the carbon footprint of the fund. Kate Murtagh, HMC’s Chief Compliance Officer and Managing Director of Sustainable Investing, says ideally the managers will be able to provide the data to HMC directly. However, if there are any transparency challenges, they may use vendors and estimated, third-party carbon data.

“We will ask our external managers to dig down into their portfolios and engage in the thinking around their own carbon budgets, and provide that information to us… We may be the first investors asking them for this data, but I don’t think we are going to be the last,” she tells RI.

Murtagh adds that a Presidential Committee on Sustainability will also be created as part of the strategy to advise Harvard President Larry Bacow and the University’s leadership. Within this, subcommittees will focus on Scope 3 emissions, defining fossil-fuel neutrality, energy-reduction opportunities in Harvard’s buildings, among other issues.

Notably, there is no exclusion component to Harvard’s plans. Bacow says: “We appreciate that advocates for divestment from fossil fuel companies may not be satisfied with this approach, but we believe that divestment paints with too broad a brush. We cannot risk alienating and demonising possible partners, some of which have committed to transitioning to carbon neutrality and to funding research on alternative fuels and on strategies to decarbonise the economy. If we are to develop a productive path forward, we and others will need to work with these companies, recognizing our dependence on their products for the foreseeable future, the nature of the assets under their control, and the special knowledge and expertise they possess.”

Brown is the only Ivy League university to commit to full divestment, with Yale and Columbia opting for partial exclusions. The latter's efforts to support a low-carbon economy appear to centre on the creation of a climate change school – although both, as well as Princeton and Harvard, aim to be carbon neutral by 2050.

A recent study about divestment at US universities by Christopher J. Ryan, Associate Professor of Law at Roger Williams University School of Law, and Christopher Marsicano, Visiting Assistant Professor of Educational Studies at Davidson University, noted: “Endowment fiduciaries are averse to divestment decisions because they think that it will hurt the endowment's value”. The study also concluded divestment did not have “discernible consequences” to financial performance.

But People & Planet’s D’Andrea points out that, even when universities take the divestment path, there can be hazards in terms of credibility. Research conducted by People & Planet found that when universities divest from fossil fuels, they tend to reallocate the capital within the same asset class or portfolio. “So they might not invest in BP anymore, but that money ends up in arms companies or big agribusiness, for example.”

Indeed, the above study shows traditional “sin stocks” – holdings considered socially, rather than environmentally, harmful – still feature regularly in endowment portfolios. Arms companies are “quite common”, according to the research, while positions in tobacco are rarer, but still present.

Some universities are aware of the unintended consequence of upping sin-stock exposure by exiting fossil fuels and are “divesting in clusters”, observes D’Andrea. Roehampton, in the UK, for example, blacklisted fossil fuels, tobacco, arms, alcohol and gambling in one go.

In the US, pressure has been mounting on universities to make private prisons a “sin stock” and exclude them from investment universes because of their links to racial and social inequality and the controversial use of prison labour. Harvard would not provide comment on its investment in private prisons; something that has been particularly criticised by its student outlet, The Crimson.

Other universities are taking a hands on approach to the social dimension of ESG. Edinburgh University in Scotland, for example, has almost completed its fossil-fuel divestment programme for direct equities and is moving on to pooled and passive investments in a bid to reach its 2040 net-zero target. But it has also established two dedicated social investment funds.

The first, the Social Investment Fund, was set up in 2017 using £8m of treasury funds and has invested £2.5m via three UK impact fund houses: Big Issue Invest, Power Up Scotland and the Scottish Growth Fund. The portfolio targets 3-4% returns.

“It isn’t just about making the return,” says Dave Gorman, Director for Social Responsibility and Sustainability at the university. “We’re trying to assist with areas where we think our resources and our long-term view will allow things to proceed that otherwise wouldn’t.”

Like Caldecott, he believes that big universities including Edinburgh have an important signalling role, and their investments “give confidence” to other potential investors.

Edinburgh’s second socially-focused initiative is its Student-Run Social Investment Fund, set up in 2018. It gives the students the reins over a modest £50,000 portfolio, which they must invest ethically, with the support of an expert advisory board. Until Covid-19 hit, they had outperformed their benchmark since inception.

Gorman estimates that so far the initiative has enabled Edinburgh to train somewhere between 100-150 analysts, and some of the first cohort of participating students have gone on to have jobs in the finance industry.

To share these experiences, Edinburgh last year teamed up with other universities in the UK, including the University of Cambridge and St Anne’s College, Oxford, to form the Responsible Investment Network for Universities in coordination with NGO ShareAction.

Gorman believes that the next step for universities is to make the shift to thinking about “what we're for and what we're trying to achieve, rather than just what we're against”.

D’Andrea agrees, adding that it is also important for universities to begin embedding their commitments into official university policy, to make them more fundamental and less at the mercy of changes in university management. Additionally, People & Planet will be pushing endowments to cut ties with banks such as Barclays and HSBC, which are now subject to wider, high-profile public campaigns over their lending to oil & gas.