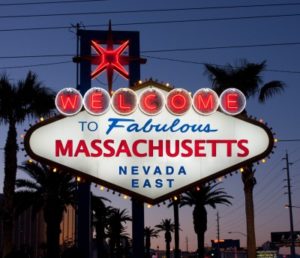 This is the second in a series of RI Snapshots dedicated to ESG in key US states. Each will explore the activities of local pension funds, policymakers and the wider investment community. This article focuses on Massachusetts – the only Commonwealth in the States – which is led by a Republican Governor but a Democratic legislature and Attorney General. Given its importance and size, a special section on ESG developments in Boston is also included.

Most famously in the ESG world, Massachusetts Attorney General (AG) Maura Healey is joining her counterpart in New York by suing ExxonMobil over what it allegedly knew about the effect of carbon on the climate, and when. In the most recent developments, in April 2018, the Massachusetts Supreme Judicial Court ordered Exxon to start turning over internal documents about its climate change research. Exxon appealed this decision to the US Supreme Court, but in January this year the court declined to hear the appeal, effectively upholding the lower court’s decision. Exxon has now appealed to the Second Circuit Court of Appeals against a ruling by the US District Court for the Southern District of New York dismissing Exxon’s federal lawsuit against the investigation.
But that is not the only suit in which the AG is involved. She is also co-filer on seven suits on Trump immigration policies, which include pushback against the infamous ‘wall’. Another seven suits have been filed defending healthcare rights, two on workers’ rights, and five defending students’ rights. The largest number of suits concerns the environment, however, with 20 levied at the Environmental Protection Agency and other departments over issues including their failure to implement regulations such as the Clean Water Act, and attempts to roll back legislation requiring greater fuel efficiency.

Though the State Governor, Charlie Baker, is a Republican, he is pushing ESG more meaningfully than photo ops of him restocking trout and planting the 20,000th tree might suggest. A major initiative to increase the fuel efficiency of public transport in the state is underway to reduce greenhouse gas emissions and operating costs. And, with the legislature, he has been instrumental in passing and funding the Municipal Vulnerability Preparedness programme, which helps communities adapt to climate change. While the latest issue of funds was modest – only $725,000 to 27 communities, to “complete climate change vulnerability assessments and develop resiliency plans” – it now covers half of all Massachusetts municipalities. The legislation, An Act Promoting Climate Change Adaptation, Environmental and Natural Resource Protection, builds on Governor Baker’s Executive Order 569 as well as other administration-led state and local partnerships, and adds to the over $600m already invested to mitigate and prepare for the adverse effects of climate change.
There are also House and Senate bills calling on state pension funds to divest from firearm companies. The last action on these was in January this year and both were referred to study committees but there has been no further action on either.

The state Treasurer, Deborah Goldberg, has voiced full support for both the divestment bills. She has also been active in other ESG areas. These include convening discussions with corporate executives, board directors, advocates, researchers, and investors to share successful strategies to diversify corporate boards, that resulted in a report: Bringing Diversity On Board. In addition, the Pension Reserves Investment Management (PRIM) Board, which oversees the state’s $71bn pension fund, just approved a new proxy voting guideline proposed by Treasurer Goldberg, designed to protect LGBTQ employees who work at the companies in which PRIM invests.
This latest voting guideline adds to a series of other reforms that were introduced in 2015 to PRIM’s voting guidelines, which in addition to targeting board diversity and wage equality, also focus on renewables, energy efficiency, human rights standards, executive pay and overboarding. Support for shareholder proposals on these issues is generally recommended in the guidelines. In addition, in 2017, the PRIM Board adopted a proxy voting guideline to vote against all board nominees if less than 30% of the board is diverse in terms of race and gender. This resulted in PRIM voting against nearly 68% of board nominees in 2018.The PRIM Board says it regularly discusses ESG issues, and its last retreat was dedicated to such topics. Its preferred method for influence is shareholder engagement – mainly through voting – and it only divests, which it has done in cases such as tobacco, oil or energy companies working in Iran or Sudan, if the Massachusetts Legislature passes laws requiring it. PRIM also runs a number of initiatives to encourage minority or women-owned investment management firms, targeting investment into such firms and “actively working to increase the pipeline of women in the investment industry by hosting internships with Women in Finance Fellowship and Girls Who Invest,” according to a spokesperson for the fund. In addition, PRIM’s Chief Investment Officer, Michael Trotsky, is currently the chair of CFA Society Boston’s Board of Directors and is actively involved in steering the CFA Institute’s Diversity and Inclusion advocacy initiatives.

Earlier this year, a coalition of divest activists, SRI experts and community members spoke at a hearing co-sponsored by three of Boston’s councillors. Experts included Pat Tomaino, Director of Socially Responsible Investing at Zevin Asset Management. The day before the hearing, the mayor announced that Boston would commit $150m of its operating funds, which consist of revenue held in short-term investments until needed for budgeted expenditures, to companies with a strong ESG record.

The new policy is called the ESG Investment Initiative. The city will also be partnering with Ceres to facilitate a new investor activism.
But for Tomaino this is just a first step. “It’s not everything that Boston needs to do to manage ESG risk into the long term and help to re-route capital to the regenerative economy and marginalised communities,” he tells RI. Its next steps, he continues, should include “a clear responsible investment policy, screening out sectors with unmanageable risk like fossil fuels, incarceration and weapons, and making sure that this approach applies to all city funds” – not just the operating cash, but also the city’s pension pots.
According to Bianca Tylek, Executive Director of Worth Rises, an organisation working to dismantle the prison industrial complex, engagement with city councillors began with an attempt to get them to divest from private prisons and grew to include a range of other social justice issues, with over 40 organisations involved in the hearing, covering everything from climate change to housing. Tylek claims the decision to invest operating funds in ‘ESG angels’, announced the day before the meeting, was intended to “calm the waters” but was an insufficient response. “Since the hearing, things have been in a holding pattern,” she says, “with part of the delay because so many issues were brought together and because reinvestment decisions must be made if the decision to divest is taken”.
A meeting is being scheduled with the city’s CFO and representatives from the pension fund, says Aaron Tanaka, Director of the Centre for Economic Democracy, to follow up on the commitments that the city has already made. Tanaka says there was broad support within the council for divestment, albeit with concerns for the retirees’ future income – concerns that are being addressed by members of the coalition such as Tomaino. At a meeting of the coalition on 25 July, which included students campaigning for their university endowments to divest, four areas of divestment were set: fossil fuels, prisons, militarisation and ‘unfair’ housing. Direct divestment was discussed, as well as divestment from mutual funds that held these stocks, but also where the resulting funds should be reinvested – community banks or fair housing, for example. More importantly, feels Tanaka, are some of the governance reforms that were discussed, including: full transparency on where the city holds funds, the development of an investment policy, a more democratic process for making investment decisions or at least choices for retirees that might want to avoid owning fossil fuels, for example.
The city also has a number of long-term plans that address climate change, including the Climate Action Plan, which addresses goals for reducing greenhouse emission by 2050 and Climate Ready Boston, which develops resilient solutions to prepare the city for climate change.