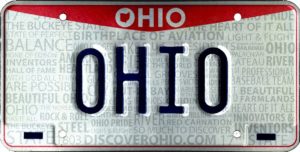 This is the third in a series of RI Snapshots dedicated to ESG in key US states. Each will explore the activities of local pension funds, policymakers and the wider investment community. This article focuses on Ohio, which is led by a Republican Governor, legislature and Attorney General, though many cities are led by Democratic mayors.

Previous articles in this series covered Massachusetts and Oregon.

ESG developments in Ohio are a tale of two cities in contrast to state level developments.

A bill, just signed by Republican Governor Mike DeWine, called HB 6, has been described as the most backward climate bill in the US. It is designed to: bail out two nuclear plants by charging customers a surcharge that will mostly be used by FirstEnergy Solutions to subsidise these two plants; an additional surcharge will help subsidise two coal power plants owned by the Ohio Valley Electric Corporation (a collective owned by several large utilities), one in Ohio, one in Indiana.

It will also weaken Ohio’s renewable energy standards, one of the oldest renewable portfolio standards in the country, reducing the target for renewables from 12.5% to 8.5% percent by 2026. It will exempt large industrial customers, and the standard will be dropped altogether after 2026.

Finally, Ohio utilities are required to reduce customers’ 2008 energy use by 22% by 2027 but HB 6 allows utilities to abandon those programs entirely once they hit 17.5% reductions that have mostly been met. The bill’s passing was mired in controversy and even some Republicans voted against it, though a group of Democrats ensured its passage.

In contrast, last year in Cincinnati, Democratic Mayor John Cranley, working with a Democratic city council, adopted a resolution committing the city to 100% renewable energy by 2035.

Cincinnati follows Cleveland in setting this target, and the resolution builds upon the Green Cincinnati Plan that was adopted in May 2018. “Cincinnati’s commitment to Ready For 100 caps an exciting year that started with our Mayor’s pledge to go solar and includes a major update to the Green Cincinnati Plan and ongoing statewide efforts to improve Ohio’s residential building energy codes. This resolution commits the City to greening both its facilities and its vehicle fleet,” said Nathan Alley, conservation policy coordinator for the Ohio Sierra Club.

Attorney General
As a consequence of being particularly hard hit by the opioid crisis, Ohio was one of the first states to initiate lawsuits against pharmaceutical companies. Ohio has long been part of the group of states suing such companies as Johnson & Johnson and Purdue Pharma over the damages and costs caused by opioid drug addiction and related deaths.

Ohio Attorney General Dave Yost released a statement indicating that he thought the Purdue bankruptcy announcement was positive for the plaintiffs because it would precipitate the release of funds, leapfrogging hundreds of potentially lengthy lawsuits.

He has also been active in a number of socially or environmentally focused prosecutions, such as suing several companies for illegally dumping wastewater.Along with attorneys general from 47 other states, the District of Columbia and Puerto Rico, he joined a multistate investigation of Google’s business practices “to determine whether those practices violate state and federal antitrust laws”.

He and former Ohio AGs – though not the current governor and former AG Mike DeWine – have urged the legislature to eliminate the state’s statute of limitations on rape, as well as increasing funding for rape crisis centres. Yost also joined a bipartisan coalition of 38 states to encourage Congress to pass the federal Secure and Fair Enforcement (SAFE) Banking Act (H.R. 1595) or similar measures that would give legal marijuana-related businesses access to the federal banking system.

On the other hand, he sent an amicus brief to the US Supreme Court noting that it should be left to elected legislators to determine whether employers should be prevented from discriminating on the basis of sexual orientation or gender identity and not the courts, the object of a large number of shareholder resolutions and engagement.

He also joined a 16-state alliance which wants the US Supreme Court to overturn a ruling halted construction of the Atlantic Coast Pipeline, a natural gas pipeline that will run through North Carolina, Virginia and West Virginia.

The legislative agenda
As a result of the mass shooting in Dayton in August, DeWine announced a series of legislative reforms to address gun violence. These included background checks, but largely focused on an improvement to mental health treatment – this is seen as the reason for rising gun violence rather than the easy availability of guns – and increasing penalties for felons.

There are no other state legislative priorities surrounding ESG issues. Indeed, in contrast, Ohio’s Common Sense Initiative has reviewed nearly 15,000 state agency regulations, and has identified 60% of those regulations as potential ‘obstacles’ to Ohio businesses and has rescinded them.

Treasurer and state pension fund investment policies
There is little evidence of the state’s pension funds being used to back ESG initiatives, no information on voting practices or sustainable investing. However, one initiative, The ResultsOHIO fund that is funded by the treasury, will support pay for success initiatives championed by the governor and the legislature to “tackle the social and public health challenges facing Ohio”. These include some initiatives such as addiction, infant mortality, water quality, workforce training and criminal justice.

City-level initiatives
There are far more initiatives at the city level, including those that have already been described. The Green Cincinnati Plan 2018, which led to the 100% renewable energy target outlined above, is an update of the first plan in 2008 and a second in 2013, and is far more ambitious than either. In addition to the renewables targets, the plan also sets targets for the built environment, energy, food, natural systems, transportation and waste.