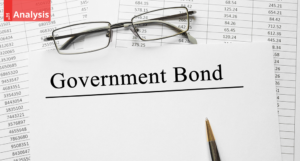 Within a few hours of speaking to RI for this article, Graham Stock met with Members of European Parliament to explain how some of the world's biggest investors are working with the Brazilian Government to rein in the burning of the Amazon rainforest.

“I’ll be briefing them on what we’ve been doing as investors, alongside representatives of an indigenous group from the Amazon,” explains the Partner for Emerging Markets Sovereign Research at BlueBay Asset Management, via Zoom from his study.

So have they been doing?

In July, RI wrote how a group of leading institutional investors (including BlueBay), managing a combined $4.6trn in assets, spearheaded the Investors Policy Dialogue on Deforestation (IPDD) initiative, and persuaded the Brazilian Government to commit to putting a temporary halt on fires in the Amazon.

And in recent weeks, the group, which now boasts 55 members with $7trn in assets, revealed it had been in further talks with the Brazilian Vice President and President of the National Council of Legal Amazon, Hamilton Mourão, because developments are not yet sufficient to meet the IPDD’s desired outcomes. The coalition said it was encouraged to hear the Amazon Council shared its objectives, and that they had identified some practical areas where investors could contribute to the government’s efforts.

‘We shouldn't try and usurp the role that properly belongs to the electorate and civil society. But we can draw attention to the issues’ – Graham Stock, BlueBay

The negotiations are part of a growing trend. Until recently, sovereign debt was more or less entirely overlooked in ESG and sustainability efforts – beyond the occasional issuance of a government green bond (indeed, Brazilian politicians this week revealed the country will be issuing ESG bonds before the year is out). Divestment can be much harder than for corporate bond portfolios, owing to the need for currency diversification in a much more restricted universe; and investors have shied away from publicly engaging with issuers because of the risk of being seen as interfering with democratically elected governments and their policies.

But this is changing.

“The investment community has become a lot more aware of ESG factors, which are material in terms of driving risk and return in fixed-income portfolios,” observes Lupin Rahman, Head of Emerging Markets Sovereign Credit at PIMCO, who points to the growth in high profile disasters such a forest fires, deforestation and floods, which often come at great expense for governments and national economies.

Bond buyers are also recognising that stewardship is not just a topic for equity holders, she says. “For many years, the view was that fixed-income investors, because they're not shareholders and don't have proxy voting rights, may not be able to really affect change as significantly as an equity holder. I think that concept has been really overcome now.”

Rahman also believes that investors are moving away from negative screening across most assess classes, and into engagement.

For PIMCO, the focus area in 2021 will be climate transition, and Rahman says she and her colleagues will be “working with sovereign issuers to have implementable strategies for Paris [alignment], that are not only ambitious, but actually realistic”.

Ann Frank Andresen is Head of Research for Emerging Markets Debt at Nordea Asset Management and a member of the Principles for Responsible Investment’s working group on sovereign engagement.

“One of the things that really changed is that we now look at ESG in a more structured way, so when we assess countries for investment, we pinpoint what we think could be significant risks regarding ESG, and the impact on spreads. Then you’re more aware, and you can ask debt management officers about these issues when you meet with them.”

With data continuing to flood the ESG space, investors are getting access to better information on sovereign risks to help with engagement. IHS Markit recently launched a dataset assessing current and future exposure to ESG related policies for 211 countries and territories. Think tank Planet Tracker has kicked off a programme dedicated to helping investors understand the relationship between national economies and natural capital.

And the Social Progress Imperative’s index, which was developed to help policymakers track national progress on the SDGs using social performance data, is being used by a growing number of investors to help with sovereign credit analysis.

But, despite the surge in data, finding the right metrics to identify sovereign risks and monitor the effectiveness of engagement, isn’t easy, says Rahman.

“There is not one indicator by which you can measure success. If you're looking at a corporate issuer, there is a bottom line – you can talk about representation on boards, you can talk about minimum safety standards, minimum wages. All of those factors are much more complex when you take it at the sovereign level.”

BlueBay’s Stock highlights the complexity of building social issues into ESG engagement with countries, but says income equality is one of the easier places to start.

“It is one of the metrics that we follow quite closely in our ESG scorecard and we see as a red flag in many ways for risks of social unrest and subsequent political upheaval,” he says. “So raising that issue is perfectly straightforward. It’s a public policy issue that is not controversial. It can be addressed with tax policy, with public spending measures.”

He says income distribution, immigration, labour mobility and education are also areas that “can be tied closely to the investment outcome”, making them easier to address.

Human rights, on the other hand – a topic that has risen up the investor agenda in light of the current pandemic – is trickier, he notes, saying that BlueBay is more likely to engage one-to-one on the issue, rather than forming a coalition.

On the environmental side, the IPDD group is expanding its engagement efforts to cover countries beyond Brazil.

“We are only meeting the issuers when they want to meet us. There is no formal way of requiring that they have a dialogue with us.” – Ann Frank Andresen, Nordea

Just like Brazil, Indonesia saw a major spike in forest destruction during the 2020 Covid lockdown – although it didn’t get the same media coverage. Then, at the end of the year, the Indonesian Government ratified a controversial Jobs Creation Bill, laying the groundwork for looser foreign investment and ownership rules in a bid to increase investment and employment in the country.

“There were some concerns [the new rules] might include liberalising environmental controls, making it easier to get permits for deforestation and logging,” explains Stock. “The Government insisted that despite the change in the permit system, all the same rules still apply, but we wanted to get more clarity by engaging with them, and we wanted to make them aware that we will be watching that closely.”

He adds that the IPDD has created an official workstream to manage the Indonesian initiative.

In future, Stock says, it’s possible the group may turn its attention to the Chinese Government, focusing on deforestation and unsustainable soy production and use. It may also start looking into palm oil in supply chains, and engaging with developing as well as emerging economies.

But as sovereign bond engagement develops, questions about democracy are bound to resurface – should investors really be weaponsing their spending power to influence government behaviour?

In the Principles for Responsible Investment’s guide on the topic, investors are advised to “Fram[e] engagement around ESG disclosure, and mak[e] progress towards existing policy commitments, such as the Sustainable Development Goals or the Paris Agreement”, which governments have already committed to.

Marshall Stocker, Director of Country Research at Eaton Vance, which also engages with sovereigns on ESG issues, warns that publicly disclosing examples of engagement with a government on environmental or social topics is not necessarily appropriate.

BlueBay’s Stock acknowledges that there is a balance to be struck. “Investors have to be realistic about our role, we shouldn't try and usurp the role that properly belongs to the electorate and civil society. But we can draw attention to the issues. We’re trying to make sure that these issues get onto the agenda and stay on the agenda.”

Despite all the progress, governments aren’t obliged to participate in this kind of engagement.

“We are only meeting the issuers when they want to meet us. There is no formal way of requiring that they have a dialogue with us. There’s no structured way of influencing and they do not need to listen to us,” explains Frank Andresen.

The global sovereign bond market stands at around $64trn, meaning it dwarfs corporate issuance. And with investors increasingly stepping up their ESG efforts in the asset class, it will undoubtedly become a new arena for achieving environmental and social impacts.

"It's really accelerating,” reflects Stocker. “It's really dynamic and it's really interesting. There's going to be a lot that happens here.”