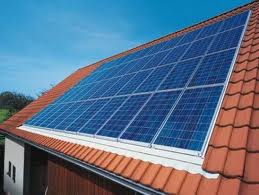 Abendrot, a CHF1.15bn (€933bn) Swiss multi-employer pension fund, is investing €35m in a real estate project whose apartments will be completely powered and heated by solar photovoltaic installations.

Abendrot said that by 2016, 130 flats would be constructed on 26,500 square meters of land in the German town of Grenzach-Whylen, just a few kilometres east of its home base of Basle.

The idea for flats relying solely on PV comes from Rolf Disch, the project’s architect. It is Abendrot’s second real estate investment in Germany, the first one being the acquisition 18,000 square meters in central Berlin to build 400 flats.

Launched in 1985 by Swiss investors who didn’t want their money allocated to nuclear power, the Abendrot scheme says all its assets – stocks, bonds and real estate – are invested sustainably. For its equity and bond investments, which account for a respective 53% and 22% of the portfolio, the scheme said its managersJ. Safra Sarasin and Julius Baer employ a “sustainable” filter. That filter works on the basis of exclusion.

The other part of Abendrot’s portfolio (23%) is real estate, most of which are direct holdings like the one planned in Grenzach-Whylen and the rest via funds. The scheme said when investing in property, it was motivated both by renewable promotion and social concerns.

Abendrot has of yet neither signed on to the UN-backed Principles for Responsible Investment (PRI) nor to the Global Real Estate Sustainability Benchmark (GRESB) sustainable property benchmark.