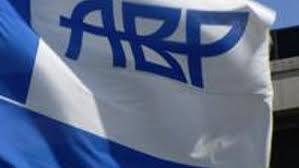 The €408bn, 2.9m-member fund said that the Korea Exchange-listed company, via a subsidiary, was involved in logging to make palm oil plantations. The Heerlen-based investor said it was holding companies to a “strict yardstick” (“strenge meetlat”).

“POSCO DAEWOO does not meet our requirements and therefore we decided not to include it in our investment portfolio,” it said in a statement.

It follows engagement but ABP said the company had not acted fast enough and that it no longer had confidence that the company would improve.

ABP says it actively tries to stimulate sustainable and responsible palm oil production. In January this year ABP said it would exclude €3.3bn stake in the tobacco and nuclear weapons sectors.

The announcement by ABP follows a series of media reports in the Netherlands about forest destruction by PT Bio Inti Agrindo, an oil palm plantation company majority owned by POSCO DAEWOO.PT. Bio Inti Agrindo arm last year issued its first ever sustainability report, written in accordance with the GRI G4 Standard, and referred to RSPO (Roundtable on Sustainable Palm Oil) Principle & Criteria. It also said it signed an agreement with PwC Korea to develop enhancement plans for environmental and social management and established an Environmental & Social Committee for the first time.