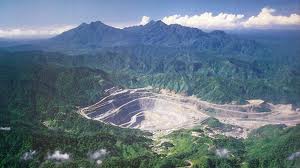 The Australasian Centre for Corporate Responsibility (ACCR), the Canberra-based shareholder advocacy group formed last year, says it is encouraged by the results of a vote on its motion on human rights and environmental damage at a company involved in a controversial Papua New Guinea mine.

The Panguna mine is in the PNG region of Bougainville and is operated by Rio Tinto subsidiary Bougainville Copper Ltd. (BCL). Rio Tinto owns 53.6% of BCL and the PNG government has 19.1%. The rest of the firm, which is listed on the Australian Stock Exchange (ASX), is in free float (see previous RI reporting).

The mine – at one time one of the biggest sources of copper and gold in the world – has lain dormant since an uprising in 1989.

Inhabitants claimed then that the mine had poisoned a local river and that they were not receiving a fair share of the profits. The uprising led to an all-out civil war that ended in 1997.

Now, both the PNG government and the local authorities in Bougainville have come out in support of re-opening the mine. BCL Chairman Peter Taylor has since ordered a feasibility study for the mine, though he insists that any resumption of activities depends on metal prices remaining “robust” over the long-term.Amid the mine’s possible re-opening, the ACCR filed two resolutions for BCL’s annual general meeting, which took place on May 6. They called on the firm to join sustainable development initiatives like the UN Global Compact, commit to environmental rehabilitation in Bougainville and appoint an independent investigator to examine its involvement in the eight-year long civil war.

The proposals received just 1.5% of the shareholder vote each. BCL majority shareholder Rio Tinto voted against them, while the PNG government abstained.

ACCR Executive Director Caroline Le Couteur said she was not disappointed. “The reason why I can be encouraged is that of the ordinary shareholders, that is excluding Rio Tinto and the PNG government, we got a majority of those people,” she told ABC Radio Australia.

She added: “I think the vote shows that of the people who are following what’s happening in Bougainville, they realise the situation hasn’t normalised and there’s still a lot of work to be done so that BGL can regain trust in the Bougainville community.”