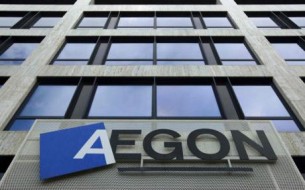 AEGON, one of the world’s largest life insurance and pension asset managers, has published a significant public responsible investment policy for a group of its size setting out environmental, social and governance (ESG) standards across its entire investments. The move is a further sign of responsible investment becoming increasingly mainstream. The Dutch financial services group, which has revenue generating assets of €413bn, said the new policy had three prongs. First, the group is excluding companies that manufacture controversial weapons like cluster bombs, as well as the bonds of governments involved in widespread human rights abuses. The latter, it said, currently included Burma, Iran, North Korea, Sudan and Somalia. Second, AEGON says it will make corporate engagement a priority with companies that fail to live up to its policy standards on issues such as human rights, health & safety and corporate governance. The standards are based on the UN Global Compact, the OECD principles of corporate governance and the United Nations Principles of Responsible Investment.Third, AEGON says it will include ESG factors in its group investment analysis. The implementation of the new policy, which was approved by Alexander Wynaendts, CEO and Chairman of the Executive Board of AEGON, will be overseen by a dedicated Responsible Investment Committee.
Aegon’s main markets are the US, Netherlands and the UK, but it is present in more than 20 countries and has 40 million customers worldwide.
The statement is significant because to date only company subsidiary, AEGON Asset Management, is a signatory to the UNPRI. AEGON said the fund manager would implement the new policy in relation to the management of AEGON’s own in-house group assets and require external managers that also run those assets to implement the policy also. It said this would start with publicly quoted equities and fixed income investments before expanding into non-listed equities and real estate. In relation to third-party mandates, it said AEGON Asset Management would follow group policy where possible but adhering to client mandate instruction.
Link