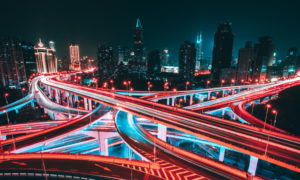 Four years ago, the Asian Infrastructure Investment Bank (AIIB) was established by the Chinese Government under something of a cloud.

Opposition to the $100bn AIIB, billed as a ‘next generation’ development bank, came from the US and other powers that then dominated aid financing. US officials said that it would compromise on lending standards and undercut the effectiveness of existing aid institutions, such as the Asian Development Bank.

Still, countries signed up to the AIIB in droves (to this day, key US ally Japan is the only major holdout) and it is now the second largest MDB after the World Bank, with more than a hundred member countries, a quarter of which are from outside of Asia.

AIIB’s positioning as a challenger MDB is evident in its structure. For a start, its day-to-day operations are not overseen by a resident board of directors, as is common among its peers. The bank says that empowering its management team to call the shots allows for more agile decision-making, and accountability if things do go wrong.

The arms-length governance is a concern to those sceptical of China’s intentions. Former Asia Development Bank Director, Robert Orr, says that it “reinforces a perception by some that the AIIB will be much more centrally controlled by the Chinese government than is the case with the largest shareholder in other MDBs”.

AIIB doesn’t provide any concessional financing, or loans at significantly below market interest rates, instead aiming to make a “reasonable” profit. Rather than “milking the shareholders” for funding, AIIB should be able to “stand on its own two feet”, says AIIB President Jin Liqun.

But what truly sets the AIIB apart is its focus – as the name suggests – on infrastructure. Prior to its formation, China had long complained that multilateral finance was ignoring Asia’s infrastructure needs, a market opportunity sized at a whopping $1.7trn per annum. Infrastructure had played the central role in its economic uprising, China reasoned, and it would do the same for the rest of Asia.

AIIB’s most recent project is its most ambitious; convincing institutional investors to invest in line with the Paris Agreement. At the AIIB annual meeting earlier this month, the bank revealed it had developed a Paris-aligned investment framework to assess the climate readiness of issuers, and was putting it to the test through a $500m bond fund managed according to the framework’s principles.

AIIB wants the fund, named the Asia Climate Bond Portfolio, to demonstrate the viability of its climate change investing framework, which it says is suitable for mainstream adoption. The bank has said it is happy to share fund data with investors looking to adopt or adapt the framework.

The fund will be managed by French giant Amundi, also the framework’s co-developer.

Rather than focusing on labelled issuances, the fund will also prioritise general corporate purpose bonds from companies assessed highly by the framework, or “Climate Champions”. It will also identify ‘transitioning’ companies as targets for tailored engagement and support.

Additionally, research carried out for the Climate Bond Portfolio will establish climate datasets for the markets which the fund invests in. Stefan Shin, AIIB’s Principal Investment Officer and the project’s lead, says: “In a few years’ time, we will be able to see whether the companies we have assessed have transitioned, and how their scores have hopefully improved. Currently, you don't have data like that out there.”

Shin says that while the framework received positive feedback from major institutional investors, many were wary of pricing in climate risks across their investments to avoid short-term performance trade-offs. Others were simply unable to dispose of carbon-intensive legacy assets in their portfolio.

“My pitch to them is this: Do you want to be caught flat footed when other investors decide to reallocate their assets towards green? Or do you want to be part of the group that gets out in time?”

AIIB is also exploring possible applications of the framework by rating agencies.

The framework, which has been endorsed by the Climate Bonds Initiative (CBI), is due to be launched at CBI’s upcoming 2020 conference, on September 8-10.

Another SCMI project, the $500m Enhanced Credit Portfolio, is an attempt to demonstrate this. Similar to the equally sized Climate Bonds Portfolio, it is a ‘proof of concept’ infrastructure bond fund managed according to an ESG framework co-developed by AIIB and the fund’s manager – in this instance, Aberdeen Standard Investments (ASI).

At the same time, ASI is tasked with expanding the coverage of ESG ratings and research, first by contributing its own in-house ESG assessments, and subsequently by engaging data providers and promoting better market disclosure.

Thomas Walenta, a Senior Investment Officer at AIIB and lead for the Enhanced Credit Portfolio, admits his team doesn’t yet have all the answers. “It’s still early days, so the concept still needs a little bit more proof,” he says. “It could be that other lessons are learned but so far the results are encouraging.”

For now, other investors are unable to invest in the Enhanced Credit Portfolio, which will remain on AIIB’s books until maturity, but the bank hopes to encourage other investors to adapt and further refine the underlying framework in their own portfolios. A possible next step could see similar investment strategies transferred to a single pooled mutual fund open to external investors.

According to AIIB’s Walenta, the bank has started approaching data providers to develop key benchmarks for the fund’s investment universe, covering both investment and sustainability performance. If things go well, he wants to build out Exchange Traded Funds based on these indices to target the retail market.

With no appropriate benchmark currently available for AIIB’s investable universe, both its funds target an absolute return.

The remaining project under the SCMI umbrella, a joint venture with Singapore’s government-owned investment firm Temasek, shares SCMI’s wider aims but focuses on developing a pipeline of eligible securities for investment. First, it will acquire existing infrastructure loans from banks, which will be securitised into investment-grade tranches and sold to investors on the capital markets. Freeing up balance sheets allows banks to finance new infrastructure projects, while providing investors access to a new investable asset class.

The project targets to package between $6bn and 7bn worth of infrastructure-backed loans over the next decade.

While AIIB’s involvement is limited – the bank holds a minority 30% stake ($54m) in the JV and will not carry out any of the securitisations – it has oversight of the ESG standards governing the project, and is directly involved in assessing loan assets flagged as risky.

Project lead Shin is frank about AIIB’s role in the Temasek partnership. “Really, we’re here to give this project an environmental and social stamp of approval,” he said.

He is optimistic about the project’s impact on the roughly 20 participating banks, saying: “We're hoping that consistent acquisition of loan assets will encourage banks to say, ‘If I want to be able to sell off my loans perhaps I should provide better data on topics like climate and sustainability’. If the project is successful it may even encourage banks to go above and beyond voluntary standards like the Equator Principles.”