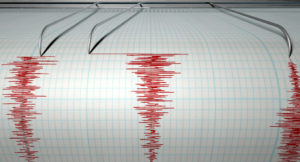 Is US mutual fund giant BlackRock’s voting record on climate change shareholder resolutions finally going to match up with its public statements on climate change? It seems that, this year, they may actually align.

It has been a process.

In March last year, US SRI investment houses Mercy Investments and Boston Trust Walden withdrew a resolution calling on BlackRock to conduct a review of its 2019 proxy voting record on climate-related resolutions, comparing them with its public statements on climate change. The two were seen as inconsistent. But, because of a number of actions the company took – including joining shareholder engagement network Climate Action 100+ – the two firms agreed to take the resolution off the proxy statement for 2020.

A similar withdrawal occurred at JPMorgan for the same reasons. Except that at JPMorgan, the bank’s voting record did seem to change. Last May, RI looked at BlackRock’s voting record thus far (on ESG topics more broadly, not just climate) and concluded that the withdrawal might have been precipitous, because the mutual fund still appeared to oppose most relevant shareholder resolutions.

‘In past years, if a company had come to them and said they were planning some changes in the future, Blackrock would give them the benefit of the doubt and vote for management. But now, they seem to be saying, ‘We support you in those future plans, but we are still going to support the resolution’.’ – Timothy Smith

Mercy and Boston Trust Walden appear to have agreed – refiling an almost identical shareholder proposal with BlackRock towards the end of last year.

Then, in March, they withdrew, again.

In an interview with RI, Katie McCloskey, Vice President of Social Responsibility at Mercy and Timothy Smith, Director of ESG Shareowner Engagement at Boston Trust Walden, explain why they hope this time is going to be different.

“This year, so far, it seems words are consistent with deeds,” says McCloskey. “While in the 2020 season, it didn’t seem that much had changed.”

In September, research house Morningstar came out with a report that showed BlackRock had voted against 80% of climate-related resolutions in 2020 – findings echoed by US climate non-profit Ceres and campaign group Majority Action.

“Then, late season, votes seemed to change,” continues McCloskey. “While we were in dialogue with them, they started to show us how their voting practices had begun to change. That – coupled with the BlackRock stewardship statement saying that it now believes shareholder resolutions with high votes are actually helpful in changing corporate practice – really convinced us.”

Smith adds: “Their proxy voting guidelines were also updated and rewritten. Five years ago, they were very dismissive of resolutions on, for example, political spending and lobbying; now they’ve recognised that they are significant.”

“This is a big shift for them,” he argues. “In the past, BlackRock dismissed the importance of shareholder resolutions; coming to this conclusion is a big change.”

McCloskey notes that the 2020 annual letter from BlackRock’s CEO, Larry Fink – in which he lays out expectations for the world’s corporations over the year ahead – suggested that the asset manager was heading in the right direction. Fink wrote about efforts “to place sustainability at the center of our investment approach”, for example. “But the voting records didn’t match,” he says. This changed in the second half of the year, and was followed by an even more strident annual letter at the start of 2021, which called on companies to have Net Zero plans.

Describing developments during their years-long engagement with BlackRock, Smith says: “In past years, when resolutions were withdrawn, there was incremental progress on climate. This year seems different.”

“For example, in past years, if a company had come to them and said they were planning some changes in the future, Blackrock would give them the benefit of the doubt and vote for management. But now, they seem to be saying, ‘We support you in those future plans, but we are still going to support the resolution’.”

Smith also welcomes BlackRock’s “vociferous” claims on board accountability and company-level climate strategies. “They’ve announced that there is a list of companies they’ve engaged with, and they’ve put numerous laggards on a ‘watchlist’.”

But the engagement process is not over yet, McCloskey notes: “We reserve the right to say, ‘Well, you were doing well in the first part of the year, but slipped again and are back out of sync with Fink’s statements’. But what we are grateful for is BlackRock’s willingness to come to the table with us as investors and engage.”

Finally, Smith explains that they believe the feeling in the room is different. “The tone at the table has changed,” he says. “Five years ago they were defending their record, but now they are explaining the many steps they have taken demonstrating how serious they are.”

In addition to the withdrawn resolution at BlackRock, there are standing resolutions from the two firms on the same issue at T. Rowe Price and at Vanguard, as well as dozens of engagements with managers that have not resulted in a resolution.

“It’s a much bigger issue than the few resolutions that come to the proxy,” sums up Smith.