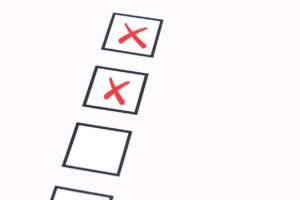 Note: This article has been corrected to state that the benchmarking proposals outlined have not been adopted yet.

The European Commission has decided that no official ‘climate’ benchmark can contain companies heavily involved in fossil fuels, tobacco or controversial weapons, or those that violate the UN Global Compact.

The move comes in the latest stage of creating two regulatory categories for Climate Benchmarks, which identify the fundamental characteristics that index providers should include when developing and running ‘green’ indices, in a bid to stop greenwashing. The finalised text for the Delegated Acts, which set out the technical criteria to meet the new rules, were released by the European Commission on Friday. Now, co-legislators the European Parliament and Council have two months to evaluate and raise any objections to the text, after which it will be formally adopted.

Originally, the Commission had outlined basic exclusions for the more ambitious of the two new categories: Paris-aligned benchmarks (PAB). Coal miners, pureplay Oil & Gas companies and utilities with a carbon intensity of more than 100g CO2 e/kWh were all considered inappropriate constituents. But, notably, socially-harmful issuers were also banned: namely those involved in the “cultivation and production of tobacco” and any activities relating to controversial weapons, and those in violation of the UN Global Compact principles.

Climate Transition Benchmarks (CTBs), seen as a ‘stepping stone’ to Paris alignment, were initially not expected to have exclusion requirements. However, following a public consultation in April on the plans, both now look set to be subject to the restrictions – although CTBs will have until January 2023 to implement them.

The Delegated Acts also cover disclosure standards for all sustainability-focused indices being sold in the EU.

The requirement to disclose a product’s ESG ratings has come under fire for potentially leading to a “monopolistic situation” in which only major ESG benchmark administrators that own ESG data arms, will be able to shoulder the additional reporting burden.

More generally, the development of the Climate Benchmarks and disclosure criteria has prompted unease over apparent conflicts of interest within a group of advisors appointed by the EC, whose recommendations form the basis of the Climate Benchmarks criteria. A public submission from EU-funded think tank Two Degrees Investing Initiative suggested that the proposed criteria “appears to align 100% with [the] financial interests” of some working group members.

The new changes are due to enter into force 20 days after it is formally published in the EU statute book, a period which has been criticised as insufficient by trade body the Association for Financial Markets in Europe.

Since the criteria for Climate Benchmarks was first mooted, a number of new index products have been marketed as Climate Benchmark-compliant, with product launches by Qontigo, MSCI, Solactive, S&P and Amundi.