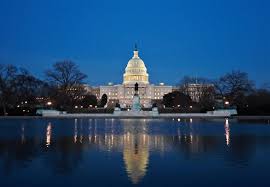 The American Petroleum Institute (API), the main US oil and gas trade body, has said divestment from fossil fuel investments is “misguided” and in contravention of investors’ fiduciary responsibility.

The Washington-based lobby group was responding to the $6.4bn District of Columbia Retirement Board’s decision to divest from oil and natural gas investments and said the “leave it in the ground” agenda threatens retirees, consumers and economic growth.

The District of Columbia government announced yesterday that it has “fully divested” from its direct investments in 200 of the world’s most polluting fossil fuel companies.

“Divestment is a tactic of misinformed activists whose ‘leave it in the ground’ agenda is incompatible with job creation, affordable energy for consumers, and economic prosperity,” said the API’s Vice President of Regulatory and Economic Policy, Kyle Isakower in a statement.

The API, which represents more than 650 fossil fuel firms, including giants such as BP America Inc., Chesapeake Energy, Chevron, Exxon Mobil and Shell Oil Company, cited research from Robert Shapiro, chairman of advisory firm Sonecon.Shapiro, a former Under Secretary of Commerce for Economic Affairs from 1997-2001 who has advised Bill Clinton, Al Gore and other top officials, has examined the financial impact of investments in oil and natural gas companies on the overall performance of the two largest public employee pension funds in each of 17 US states.

“The data show that investments in U.S. oil and natural gas stocks significantly out-performed the other assets held by those funds,” Shapiro writes.

Over the eight-year period to 2013, he says investments in oil and natural gas company assets by these public employee pension plans accounted for “an average of 4% of plan assets and 8% of their returns.

In October last year the US Labor Department issued new guidance regarding economically targeted investments (ETIs) made by retirement plans covered by the Employee Retirement Income Security Act (ERISA), the 1974 law which sets minimum standards for private pension plans. It overturned a 2008 ruling by the Department that put a perceived hurdle in the way of pension trustees from selecting investments on the basis of any factor other than the ‘economic interest’ of the plan.