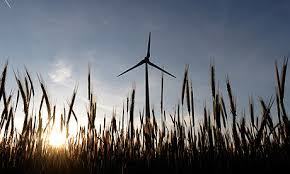 The indices, known as MSCI Global Low Carbon Leaders, seek to offer investors a much smaller carbon footprint versus conventional ones by underweighting fossil fuel stocks.

They were developed at the request of the investors, part of a coalition formed during the recent New York climate summit that pledges to de-carbonise $100bn (€86bn) worth of investments.

AP4 and the FRR both said in September they would allocate up to €1bn each to the new indices, while Amundi said at the time that it had licensed the new offering to create a series of tracking products.

Since their launch, the indices have, according to Amundi, attracted €2bn in investment from AP4, the FRR as well as ERAFP, the €16bn, 100% SRI pension scheme for French public employees.

Now Amundi says it is seeking approval from French financial regulator AMF for two mutual funds that track the indices, to target investors with less to allocate – i.e. $100m and less.

The firm, with €844bn under management one of Europe’s largest asset managers, has been involved in framing the debate about institutional asset management and climate risk. Last year its Head of Financial Solutions, Frédéric Samama, co-wrote a 42-page paper with AP4’s CEO Mats Andersson and Columbia University Professor Patrick Bolton on the topic.Speaking at a news conference in Frankfurt on Tuesday (January 20), Amundi’s Global Head of Index Management Laurent Trottier said the planned new funds would be distributed worldwide, adding that there was particular interest in low-carbon investments in the Middle East, where he reckons investors want less exposure to the energy sector.

“We also know that since the further decline in oil prices (i.e. since September) the outperformance of the low-carbon indices vis à vis conventional ones has continued. But it will be interesting to see whether that will still be the case when oil prices rise again,” Trottier said. In terms of carbon exposure, emissions from companies included in the low-carbon index were 50% lower than those that comprise the MSCI World.

Regarding the de-carbonisation pledge, Trottier said the coalition – which has been expanded to include the SEK5.5bn (€583m) Church of Sweden and the $200bn China Investment Corporation (CIC) – wanted to reach the $100bn number by the next UN climate summit in Paris this December: “We already have taken in €2bn, so I think that’s a fabulous start.”