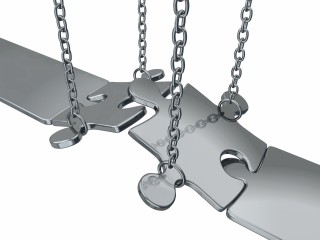 As we are reporting today, some very serious people are making a strong case for securitisation coming to the rescue as the world careers towards a climate crisis.

They examine a “previously unexplored area” of using securitisation to develop a new market of sustainable bonds issued by Collateralised Loan Obligation (CLO) asset managers to turn infrastructure loans into a liquid asset class connected to the global bond market.

It’s a bold move and will surely kick off an important debate. The paper has been overseen by China’s “Mr Green”, Ma Jun, and the Bank of England’s Michael Sheren (albeit in his capacity as Co-Chairman of the G20 Sustainable Finance Study Group). It is as high-level as you can get and it merits close attention.

Anyone who wants the capital markets to play a role in solving climate change should take the time to read the paper, which is closely argued and runs to 80 pages.

The problem for many people will be the entire concept of securitization itself. The spectre of its role in the global financial crisis a decade ago looms large and, to be fair, the paper itself recognises this.

In persuasive, if hyperbolic, language the authors argue: “Securitisation now has a chance for redemption.”

No doubt mindful of the mash-up of dodgy residential mortgages that contributed to the crash, the report says the market could work, provided there are “tighter controls and more prudent and judicious frameworks as well as enhanced transparency”.

They argue the new tool “could become one of most important tools to finance sustainable development by mobilising and leveraging previously untapped and unavailable funds for sustainable purposes”.

“Structured products are set to greatly accelerate sustainable finance, heralding the next phase of the global green revolution.”

“This acceleration,” they say, “has the potential to be turbocharged with the introduction to fintech tools such as digital contracts, block chain and AI to monitor asset sensors and drive efficiency and cash flows.”

The paper doesn’t play down any of the challenges involved, such as a lack of consistency in standards and continuity in supply of the assets forming the basis of the structured products themselves.

“This may be problematic as even assets which appear similar may have very different sustainability profiles, which may be exacerbated as the transparency and visibility of individual underlying assets generally decreases when collateralized,” it is acknowledged.We would direct RI readers in particular to a hypothetical case study by Dutch pension investment giant APG that is contained in the report. The mere fact that such a serious player is involved in this work should make everyone take notice.

But the Dutch giant does not shy away from the challenges, one being that investors may initially require “compensation” for potential concentration risk.

“Securitisation now has a chance for redemption.”

Another challenge it sees is ensuring that CLO managers should “possess credible sustainability expertise in addition to their ability to successfully manage the CLO structure”.

“This may result,” APG says, “in investors seeking a complexity premium until some degree of performance history is established.”

What they are talking about adds up to a whole new ball game for sustainable investments. But APG argues it does not see such issues as “roadblocks” to the creation of a sustainable CLO market.

But there will be some observers for whom securitisation will never be the answer to the world’s problems.

For them it’s actually part of the problem: complex financial engineering of the sort that led to the crisis in the first place. For them, it is bound to end in tears eventually, whatever the good intentions at the outset.

Not for nothing did a top ECB official warn of the Ponzi risk inherent in green finance recently. Green “CLOsters” will have to make a watertight case if this is to get off the ground in reality; the new paper is the first step in this process.

One point worth noting is that green securitization was not a recommendation of the EU High Level Action Group on Sustainable Finance and is not on the agenda of its successor body, the Technical Expert Group.

Securitisation was a pet project of Jonathan Hill, the former PR executive who was European Commissioner for Financial Stability, Financial Services and Capital Markets Union before he resigned in the wake of the Brexit vote. But his successor on the dossier, Valdis Dombrovskis, an economist, has steered clear of it, despite his stated objective to re-engineer Europe’s financial markets for sustainability.

Whether securitisation is the right solution to ‘green’ the world remains to be seen, but this is a vital debate and we urge our readers to engage with it as soon as possible.