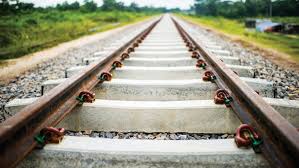 Development bank Export Import India has been accused of using some of the proceeds of its 2015 green bond to finance a railway line which will allegedly transport coal and waste from a controversial coal plant in Bangladesh.

The news follows an announcement last month by the Nordic Investment Bank that it was asking bookrunners “to take a little more responsibility” in the green bond market, in a bid to reduce greenwashing and help them buy notes in advance of doing due diligence.

Its inaugural green transaction, which was issued to finance low-carbon transport and renewable energy, was at the time hailed as a major success for Exim Bank. It claimed that the green label had enabled it to secure better pricing on the $500m deal than in an equivalent ‘plain vanilla’ bond issued a week earlier.

Exim Bank chose not to get a second-party opinion or certification – an unusual move in the green bond market overall, but in line with some other development banks such as the European Investment Bank.

The MSCI/Barclays’ green bond index placed the bond ‘under review’ when it was issued, citing in its technical note “insufficient information on project selection criteria, ring-fencing and commitment to report on use of proceeds”. As a result, it was excluded from the index. However, at the end of 2015, the bond was included for the first time, after Exim Bank provided more information and agreed to publish a list of projects financed with the proceeds.

That list was published in February, alongside an auditor’s letter from Sorab S Engineer & Co., a Mumbai-based accountancy firm.

Now campaign group BankTrack has performed some analysis of the projects disclosed, which it says reveals that some of the green bond proceeds were spent on infrastructure linked to the controversial Rampal coal plant in Bangladesh.

The allocation BankTrack refers to is a $580,000 loan to the Government of Bangladesh “for the purpose of construction of Khula-Mongla Port Rail Line, Consultancy Services for [ a ] Phase I: Detailed feasibility study and safeguard policy study, [ b ] Phase II: Detailed engineering design and bidding services, and [ c ] Phase III: Construction supervision services”.

The railway line will carry passengers, but BankTrack says it will also deliver supplies of coal, as well as waste and equipment, to the proposed Rampal plant.

The 1.3GW coal plant is slated to be built on the periphery of the Sundarbans – the world’s largest mangrove forest, a UNESCO World Heritage Site and home to a number of endangered species including the Bengal tiger.

Earlier this year a joint venture between India’s National Thermal Power Company and Bangladesh’s Power Development Board (BPDB) agreed to build the site, which has been at the centre of much controversy because of the technology and planned location.The Government Pension Fund Global of Norway pulled its investment INTPC after Norway’s Council on Ethics expressed serious environmental concerns about the development of Rampal.

UNESCO is currently carrying out an assessment of the situation, which RI understands will be concluded in coming weeks.

According to local reports, one of the heads of the BPDB said last October that “around 1800 tonnes of ash would be produced as a by-product from each of the proposed power projects, that would be used for producing cement, brick and road construction… [and] it is necessary to include a rail link with Rampal plant to carry coal from local sources to the plant.”

BankTrack says the train line being supported through the bond proceeds “was clearly integral to the strategic location of the coal plant”.

RI was unable to get comment from the Government of Bangladesh about the train line’s role in the Rampal coal project.

Exim Bank is widely understood to be in the final stages of considering a $1.6bn line of credit to part-finance the Rampal project – completely separately from its green bond proceeds – which the Institute for Energy Economics and Financial Analysis said “would constitute a large chunk of Exim India’s loan book”. The bank would not comment on its plans to finance the Rampal coal plant.

The issuer told RI: “The underlying line of credit that covers Khulna Mongla was signed in August 2010 and the Khulna Mongla project approved for coverage in October 2012. There is no mention of the Rampal Power project in the Detailed Project Report provided by the Government of Bangladesh and the Green bond issue was in March 2015. The Rampal Power project was posed for financing only in September 2015, i.e. after the above events. To conflate the set of events is therefore fundamentally incorrect.”

BankTrack’s coal specialist Greig Aitken responded to the comments, saying: “There’s no escaping the fact that a train link which is now integral to Rampal is receiving money from Exim Bank’s green bond. This illustrates how a lack of transparency in the green bond market can lead to investments that are anything but green. Diversion of green bond proceeds to a vital slice of infrastructure for a coal plant is unacceptable, no matter how Exim Bank slices and dices its involvement in the deeply problematic Rampal project.”

Exim Bank also claims that “the projects identified under the green bond issue were identified based on the advice of the joint lead managers,” which on this transaction were Bank of America Merrill Lynch and JP Morgan.

“The Khulna Mongla railway line was one of seventeen projects in the list,” Exim India told RI. Both banks declined to comment.

London-based Mainstreet Partners, sole investment advisor to Banca Fideuram‘s Fonditalia Ethical Investment and Banca Sella’s Investimenti Sostenibili – two thematic bond funds which bought the notes – said there were “no red flags” on the transaction before issuance.“From our perspective, we generally prefer bonds with a second-party opinion, aligned to international standard such as the Green Bond Principles or similar, but we also provide our own analysis and due diligence”, explained Enrico Lo Giudice, investment analyst at Mainstreet. “In this case we invested because we felt it was a fantastic opportunity for a green bond given that the proceeds support green projects – we had no reason, based on the information we were given, not to approve it.”

Mainstreet is currently reassessing the issue based on the information provided by BankTrack and other local sources, Lo Giudice said. Other investors on the green bond were not disclosed.