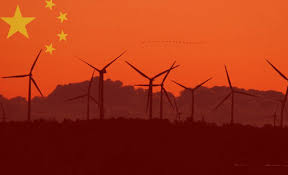 It was a week where Chinese President Xi Jinping tucked into fish and chips and a pint of IPA [India pale ale] with Prime Minister David Cameron and took a selfie with Manchester City footballer Sergio Aguero on a state visit to the UK.

But, easy to miss amid all this was an important bit of news regarding China and its presidency of the G20 next year – namely that it will aim to encourage green bond development and other green finance, and that it has chosen London as a partner on this initiative.

Zhang Xiaohui, Assistant Governor of the People’s Bank of China (PBOC), the country’s central bank, announced the news at the London Stock Exchange last Friday at an event to mark the official listing of the country’s first green bond on an international platform and discuss the future of the green bond market in China.

The Agricultural Bank of China, one of the country’s “big four” banks, had listed its inaugural $1bn dual currency green bond on the exchange the day before. The news made prime time TV in China, according to the exchange’s CEO Nikhil Rathi, who called it “landmark event”. The bond was eight times oversubscribed.

The People’s Bank’s Zhang suggested more Chinese offshore green bonds were in the pipeline, explaining that her government knew that damaging environmental quality for economic growth was not good. “We need an environmentally friendly path,” she explained. “Over the next five years we’ll need 2 trillion RMB (€0.3trn) but China can only provide 50% of this financial investment.

“We need to create a system to attract foreign investors to become part of the transition to a low-carbon economy.”

To this end, the UK and Chinese government have agreed a proposal to support the PBOC and the Bank of England to jointly promote cooperation on a green financial system and continue to develop the attractiveness of green finance and the importance of environmental protection. “We aim to encourage green bond development in the G20,” Zhang said. Mark Carney, the Bank of England’s governor, has already been very vocal on the risks of climate change to financial stability.Domestically, the China Energy Bureau has created a taskforce to develop clean energy, and the country is looking at company disclosure. Further, the PBOC has set up a China Green Finance Committee to develop policies and innovation. It will release its first report soon.

Professor Yao Wang, deputy secretary general of the China Green Finance Committee, said the conversation between the UK and China was significant.

She said a key difference was that in the west green finance is bottom-up, while in China it is still top-down. “We are working on the bottom-up.”

She talked of a feeling of “urgency and passion for green development in China”, but said there were barriers. The public in China were not strongly aware of the environmental protections available and the cost of violating laws was low.

And while China’s big banks are increasingly growing capacity in this area, for example China’s Industrial Bank and the Agricultural Bank of China have departments focused on green finance, there is still a conflict between financial profits and green protection.

Further, China’s institutional investors are less sophisticated in the area of responsible investment, and requiring a green part of their portfolio. “It’s very key in the future. We hope international investors have a positive impact on the domestic market in China.”

Sean Kidney, CEO and founder of the Climate Bonds Initiative, is optimistic the market will burgeon. “China is becoming a laboratory of green bonds. China is the third largest bond market in the world. It had 30% of global growth this year and made 25% of oil purchases.

“I expect the Chinese green bond market to be the largest in the future. Bonds to make the market and refinance market.”