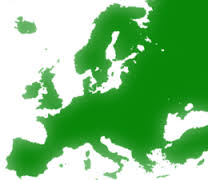 When it comes to Solvency II, the new regulatory regime for the EU’s insurance industry, one can’t escape the impression that it is full of inconsistencies. Take, for example, Solvency II’s treatment of government bonds. Under the regime, they are considered “risk-free,” meaning that insurers do not have to hold capital in reserve when buying them. Yet as the financial crisis that has plagued Europe since 2008 shows, government debt is far from safe. Greece has partially defaulted on its debt payments. Bonds from countries with excellent credit ratings like Germany have yielded less than the inflation rate, resulting in a loss of capital invested.

Another inconsistency is Solvency II’s treatment of renewable investments – ie wind power, photovoltaic and biomass. From a risk perspective, the regime equates them with traded stocks, meaning that an insurer must build a substantial capital reserve to cover any steep losses in value. This makes sense, given that a stock market crash can happen at any time. It makes less sense for renewables though, as the likelihood of the investor abruptly losing a good portion of his money is small.

Of course renewable engagement is risky; losses can occur due to the lack of wind or sun or because of regulatory changes. But the losses are not instantaneous and due to the lower allocations vis à vis liquid asset classes like stocks smaller. Moreover: Institutional investors like insurers and pension funds are not venture capitalists and hence will typically invest in a renewable project only after it is producing electricity. Long-term price supports in places like Germany further underpin the stability of the asset class.

EU policymakers are mindful of these inconsistencies and other flaws, which is why they have delayed Solvency II’s implementation from 2012 to 2016. The additional time is being spent on trying to make the regime work better.

On renewables, for example, the EU insurance regulator Eiopa says it has been asked by the European Commission to “examine whether the calibration and design of capital requirements for investments in infrastructure need any adjustment or reduction.”It will present its findings later this year. Another unresolved issue is whether Solvency II will be extended to European pension funds sponsored by companies. Some easing of the capital requirement for renewables looks likely, as several insurers such as WürttLeben in Germany and pension funds in Scandinavia have already complained that Solvency II hinders their ability to invest in the asset class. This is not good news for Brussels, which needs significant institutional investment if the EU is to reach its renewable targets for 2020 (20% of energy consumption in the bloc) and beyond.

Brussels need not be overly concerned about Solvency II, however. Even in its present form, the regime, market players say, would not hamper significant renewable investment by insurers and pension funds. Why? Two reasons: First, many big European pension schemes like Sweden’s seven buffer funds (AP Fonden), ATP of Denmark or German Versorgungswerke (schemes for doctors and lawyers), are government-sponsored and hence not regulated by Solvency II. Second, big insurers in the EU will have the option under the regime to deviate from the standard model (and its restrictions) if they have developed their own risk management model. Indeed, the German insurers that have been the first to make sizeable investments in renewables – Allianz, Munich Re and even WürttLeben – either have their own model or are building one.

Ulrik Dan Weuder, head of alternative investments at ATP, says that while he has heard about the Solvency II complaints, they are not behind any reluctance among institutions toward renewables. “I think they are more concerned about other factors like sudden regulatory changes, unclear goals for alternatives and stories such as the inability to connect all the renewable power generated beyond national borders,” he said. Those worries are justified considering that countries like Spain and Italy have cut subsidies to renewables retroactively and Germany has still not expanded its grid so that the huge amounts of renewable power from wind parks in the north is sent southward.

ATP itself has allocated close to €1bn of its €96bn in assets to renewables, and Weuder notes that beyond investing directly or co-investing with other institutions, there are plenty of funds available. “We have over the years been contacted by at least 30 to 40 funds run by investment banks, big asset managers and private equity houses,” he said. These providers include Macquarie of Australia, as well as BlackRock and Blackstone of the US. Another prominent example is the €320m Ampere Equity Fund from Triodos Bank. The fund’s investors include Dutch pension giant ABP, Dutch insurer Delta Lloyd and Rabobank.
Now more asset managers are entering the segment. Last summer, Union Investment, the asset manager sponsored by German co-operative banks, launched arenewable fund for institutions and says that it has already taken in €50m. The fund’s target is €300m after which it will be closed to new investment. Says Mirko Häring, senior product manager for alternatives at Union: “As far as we can tell, institutional demand for renewables like onshore wind parks is growing. In this low-interest environment, investors like pension funds and insurers are desperately looking for other ways to generate long-term returns that are attractive and stable.” Allianz Global Investors (AGI) has also assembled a renewable investment team and plans to launch one of its first institutional funds soon. It seems that Solvency II will not be a bane for European insurers wanting to invest in renewables. Whether it’s good regulation remains to be seen.