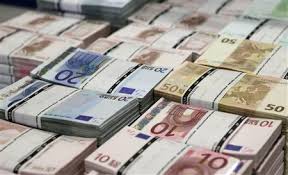 It’s emerged that German pension funds, in particular the so-called Versorgungswerke, are starting to provide debt finance for renewable energy projects in Germany and around Europe.

Versorgungswerke are special schemes that insure self-employed doctors, lawyers and architects in Germany. The biggest of this group, and indeed of all German pension funds, is the Bayerische Versorgungskammer (BVK), which has around €60bn in assets.

The BVK has made investments in renewables in the past, for example putting €100m into a German solar park in October 2011. But late last November, the scheme decided to take a different tack. It contributed €60m of a €125m loan that was extended to a Swiss renewable energy firm for the acquisition of 18 wind parks in Germany. The loan was arranged by DekaBank, which also contributed the other €65m.

Further details of the BVK’s loan, such as the interest rate, were not revealed – although the fund’s fixed income chief Constantin Echter did say that the BVK planned to do more deals like it.

Versorgungswerke are not regulated by German financial watchdog BaFin. Rather, they come under the governments of the states in which they are based. The BVK, for example, is overseen by the Bavarian interior ministry.

According to an expert on Versorgungswerke, the schemes see an opportunity in debt finance for renewables, as banks like the Landesbanken – the state-owned regional banks – are still in retrenchment following the financial crisis.

The greater capital adequacy requirements under Basel III are also making it more difficult for German banks to finance renewables in a big way.

“As a result, bigger Versorgungswerke like the BVK or the Ärzteversorgung Westfalen-Lippe (AEVWL, a €10bn doctors’ fund) want to step in because they can charge an interest rate that helps them meet the returns that they guarantee on pension savings,” the expert, who asked not to be identified, said.

As that guaranteed return is currently around 3%, it cannot be achieved by investing in what have traditionally been the securities of choice for Versorgungswerke: investment grade government bonds and Pfandbriefe (covered bonds).

Versorgungswerke do have higher equity allocations than other German institutions like insurers, but there are limits to the risk they can take with shares.Industry sources have also told Responsible Investor that, beyond providing loans to renewable projects, the Versorgungswerke are keen to put up some of the leverage used by renewable fund providers to boost returns. Such providers include KGAL, the market leader in Germany, Aquila Capital, First Private or CHORUS Gruppe. Says Munich-based KGAL: “We are definitely seeing interest among institutional investors like pension funds not just to invest in renewable projects, but also to provide the debt finance for them.” To leverage its funds, KGAL still relies wholly on bank loans. CHORUS, a smaller provider of the funds that is also based near Munich, is witnessing the same interest, though like KGAL has only used bank loans as leverage.

Even so, Markus Götz, Senior Sales Executive at CHORUS, says: “In regions where it is difficult to obtain bank finance, working with a pension fund or even an insurer would make a lot sense for us.” Götz adds that, in the interest of CHORUS’ clients, the renewable fund provider would obtain debt finance from a scheme at an interest rate very much on a par with that from a bank.

For a typical German renewable fund, leverage can account for as much as three-quarters of the volume. This is reflected in statistics provided by the German Association for Closed Fund Providers (VGF). According to VGF, renewable funds in Germany posted a volume of €1.3bn for 2013. The capital from investors – mostly institutions like pension funds and insurers – made up 53% of the volume; the rest was leverage.

How German pension funds are providing the leverage is unclear – due in part to their unwillingness to go public with the information. Neither the BVK nor the AEVWL wanted to comment to RI on their debt finance activities.

But the Versorgungswerke expert said that one way for the funds or renewable project developer themselves to borrow money from pension schemes is to simply issue bonds.

Indeed, this form of renewable finance would also very much suit insurance firms both in and outside of Germany. That’s because, under Solvency II (the EU’s new regulatory regime for insurers), equity investments in renewable projects require significantly more reserve capital than debt investments. Both CHORUS and KGAL note that insurers have also expressed an interest in providing leverage, though nothing has come of this yet. Solvency II will not apply to German Versorgungswerke.

In any case, efforts among German pension funds to lend money for renewable projects will certainly help the Energiewende, or Germany’s historic transition to green energy.